Australia captain Steve Smith has added yet another award to his expanding collection after winning the Allan Border Medal for the second time in four years following his incredible year in 2017.

Smith was named the winner at Monday’s Allan Border Medal Ceremony in Melbourne, with the award the biggest individual prize for an Australian cricketer to win.

It was the one of two victories on the night as Smith also won Australia’s Test Player of the Year Award, after becoming the number one ranked Test batsman in world cricket by scoring 1,305 runs at an average of 76.76 last year. 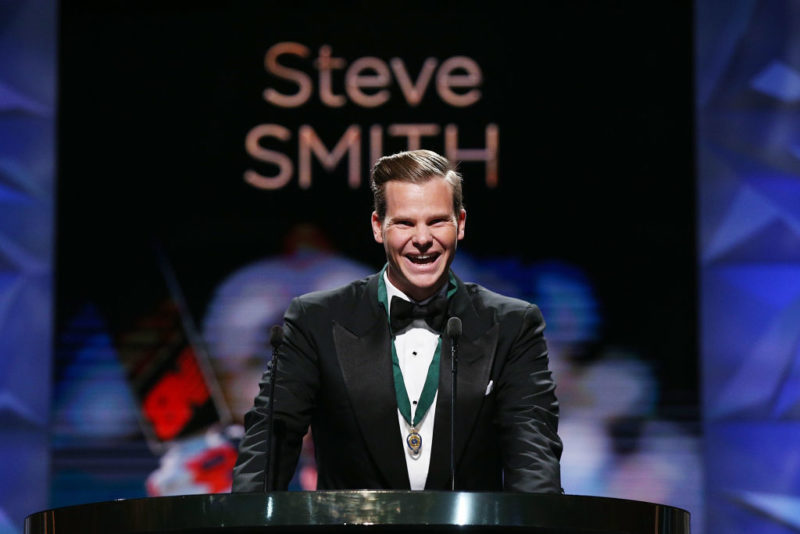 Just a few weeks ago he was also named the ICC’s Test Cricketer of the Year, so it has been a very successful month for Smith since guiding Australia to a 4-0 home Ashes win over England.

There were a number of awards given out on the night, including the Belinda Clark Award, for the top Australian female cricketer, which was given to Ellyse Perry.

Perry was the standout candidate for the award after her spectacular 2017 and she was the clear winner by a huge margin of 38 votes, which follows up her ICC Cricketer of the Year Award from last month. 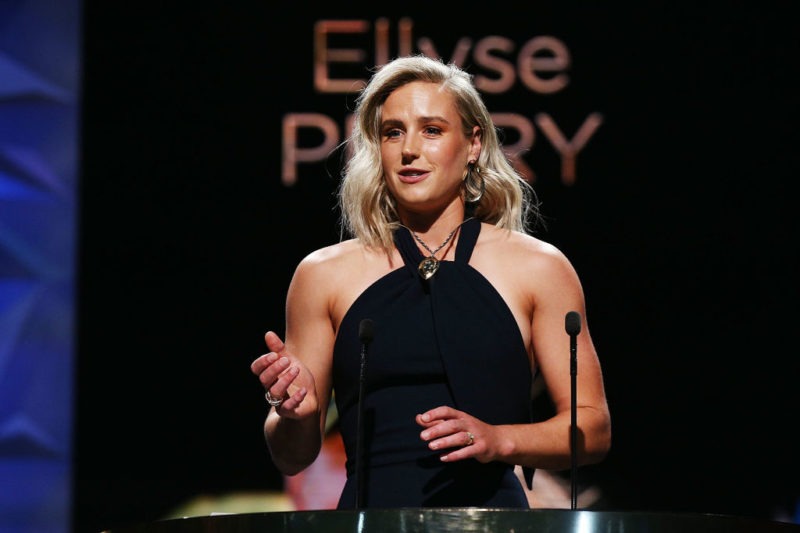 The Australian was third highest run-scorer during the Women’s World Cup with 404 from eight matches and also took nine wickets in that time, before being a key figure in Australia winning the Women’s Ashes, which saw her become the seventh woman to score a Test match double-hundred. 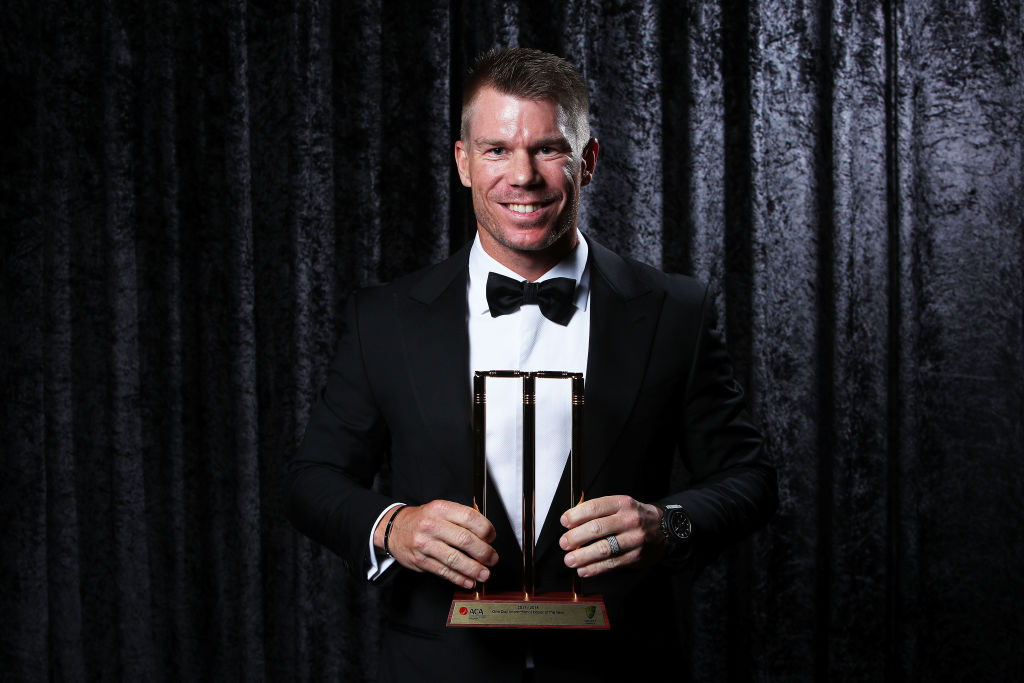 David Warner celebrates his ODI Player of the Year Award

Jhye Richardson was awarded the Bradman Young Cricketer of the Year winner as one of the country’s rising stars, while George Bailey won Domestic Player of the Year for the men, with Beth Mooney scooping the award on the women’s side.