Pakistan bowling coach Waqar Younis welcomed the reunion with Misbah-ul-Haq and stated that he is happy to play second fiddle to the Pakistan coach and chief selector.

Waqar, who has previously served as the team’s head coach when Misbah was the captain, said that he wasn’t mentally prepared to step back into those shoes and said that his priority now is to improve Pakistan’s bowling attack.

Misbah assumed the dual role, following the termination of Mickey Arthur post the World Cup. He was Pakistan’s Test captain during both of Waqar’s previous stints as coach, first in 2010-11 and then from 2014 to 2016, with the team achieving the top position in the Test rankings during the latter phase.

The former fast bowling great didn’t see his current position as a demotion and looked forward to renewing his working relationship with Misbah.

"The PCB has given Misbah an opportunity and it's our responsibility to support and back him because he's a very honest man and passionate about the game."

“As far as thinking like it’s a demotion, it’s only a myth that you go up or down,” Waqar said. “Our goal is how to make Pakistan a better team. For me, the exciting thing is to try and help some of the promising youngsters who are in the pipeline, and some more who will come in the near future too.

“You come directly under a head coach as it’s his domain and you work according to his mindset. The others are helping hands, like the fielding coach and bowling coach. We will try to help Misbah as much as possible and move forward.”

Explaining why he didn’t stand for head coach, Waqar said: “I decided that I wasn’t mentally ready to get back into the set-up [as head coach] so I applied for bowling coach. I think I have a very good chemistry with Misbah, I’ve got a very good understanding with him and it will help in the future.

“The PCB has given Misbah an opportunity, and it’s our responsibility to support and back him because he’s a very honest man and passionate about the game.”

Pakistan’s second highest wicket-taker in international cricket and one of only four bowlers to have picked up 400 ODI scalps, Waqar looked forward to using his experience to build a solid bowling unit. 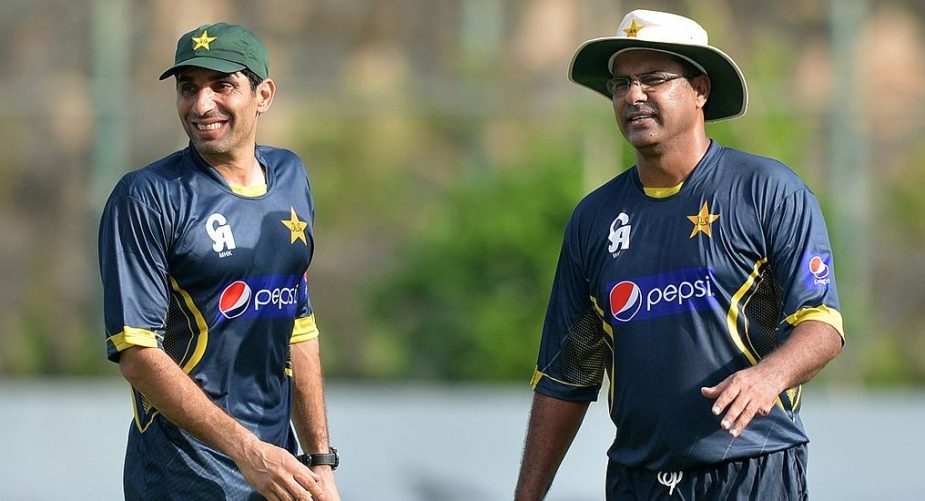 “I will try to make the Pakistan bowling attack a good one,” he said. “My role is very simple and well-defined. I had done both the roles as a head coach and a bowling coach, so I have an idea. The best thing is that I know about Misbah’s mindset because of whatever coaching I had done was with Misbah as the captain.”

“The emphasis of the camp is on training and fitness, we are always focusing on fitness with our bowlers. We have bowlers in the pipeline, like Mohammad Hasnain and Nasim Shah, and in the next few months they will come on the scene.”

SLC's fears assuaged after Pakistan government assures "security as that provided to a head of state" for touchy tour.https://t.co/ewsGRZltXm

Pakistan host Sri Lanka for a limited-overs series, comprising three ODIs in Karachi, starting on September 27, followed by as many T20Is at Lahore’s Gaddafi stadium.

“The best thing is Sri Lanka is coming, it’s a plus for Pakistan, and other teams should also come,” Waqar said. “Our short-term goal is that we should win matches early on and build the confidence.”