The MCC World Cricket Committee has put forth a number of recommendations and endorsements following the conclusion of their biannual meeting, on topics ranging from using technology to call no-balls, the overthrow law which helped sway the World Cup final, and how slow over-rates can be kept in check.

As part of the playing conditions for the World Test Championship – a competition endorsed by the WCC – teams may lose points for maintaining a slow over-rate, while the whole team stands to get equal fines, rather than a captain being punished more greatly. Captains will also no longer face the prospect of suspension.

However, the WCC suggested other solutions were more suitable. “The committee feels that in-match five-run penalties would be the best deterrent to slow over rates,” a statement said. “At Decision Review System referrals, attempts should be made to cut short any review as soon as it is known to be not out and, when the on-field decision is not out, fielders should return to their positions during the review, in readiness for the next ball, and no drinks should be brought onto the field. 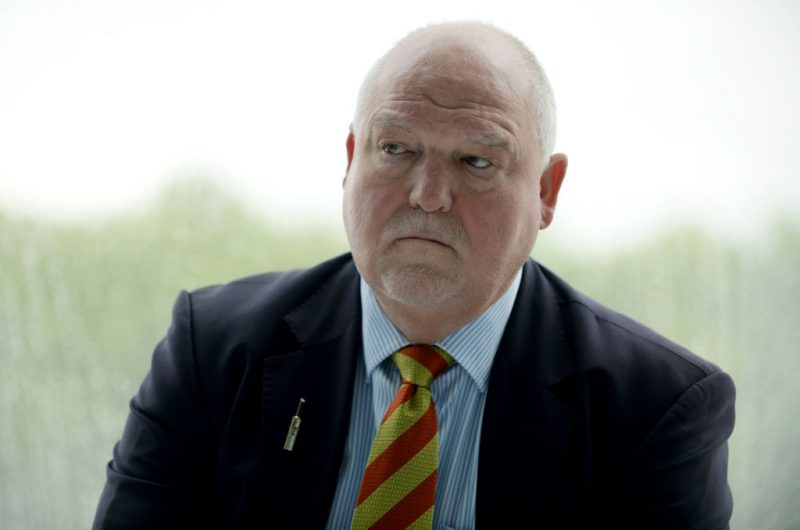 Mike Gatting is the chair of the WCC

“A number of suggestions, including a countdown clock between overs and at the fall of wickets, were made after the previous meeting and the committee thinks these still are viable options.”

Also under the microscope was Law 19.8, the interpretation of which caused confusion during the World Cup final, with ex-umpire Simon Taufel saying that an incident in which a throw hit Ben Stokes’ bat before going to the boundary should have resulted in five runs, rather than six. The WCC said they felt the law was “clear”, but added “the matter will be reviewed by the Laws sub-committee in September 2019.”

The WCC also welcomed the ICC’s announcement that further trials of the automated calling of no-balls would be held. They also suggested ball-tracking software be used for calling waist-high no-balls, and wides above the batsman’s head. “Such calls often prove to be difficult for umpires but would be relatively straightforward for technology to assist with,” they said.

The committee also leant their support to cricket’s inclusion in the 2022 Commonwealth Games and the 2022 Asian Games, but indicated there is “still much to be done” if cricket is to be included in the Olympics in the foreseeable future.

Other topics discussed where the return of cricket to Pakistan and the continuation of cricket being played in Sri Lanka, both of which received support, as did the introduction of concussion substitutes.

The 14-strong panel is comprised of past and present cricketers and match officials from all around the world, and is chaired by Mike Gatting.