West Indies opener Chris Gayle, who is set to retire from ODI cricket after World Cup 2019, says winning the multi-nation tournament will be a perfect way to sign off from 50-over cricket.

“Winning the World Cup would be a fairy-tale finish,” he said on Sunday, February 17. “The youngsters owe it to me to win. They have to do that for me and try and get me the trophy. I’ll be looking to put my input in as well.”

Gayle has been recalled to the West Indies ODI squad for the three-match series against England, which begins with the first game in Barbados on Wednesday, February 20.  “I don’t know who is opening the bowling for England, but any bowler is going to beware of Chris Gayle,” he declared.

Chris Gayle will retire from ODI cricket after this year's World Cup.

Will he do so as @windiescricket highest run-scorer and most-capped player in ODIs?https://t.co/Bd16DBXJnk

“That doesn’t change because he is 39 now, they are going to be saying ‘yes, he’s got some grey hair in his beard, let’s get him now, this is the perfect time to get the ‘Universe Boss’ now he is 39.’ I’m in good condition. The body is feeling good and I’m pleased with that.”

Gayle and a few other cricketers have been in and out of the national side for the better part of the decade, often coming into conflict with the board. However, the swashbuckling batsman is all geared up to represent his country in home conditions against England.

“This series against England might be the last time people get to see the ‘Universe Boss’ on local soil,” he pointed out. “The last game I played in Barbados for Jamaica I got a hundred and it would be nice to continue where I left off and entertain the home fans as much as possible. At the end of the day, everybody should be happy and enjoy the game.” 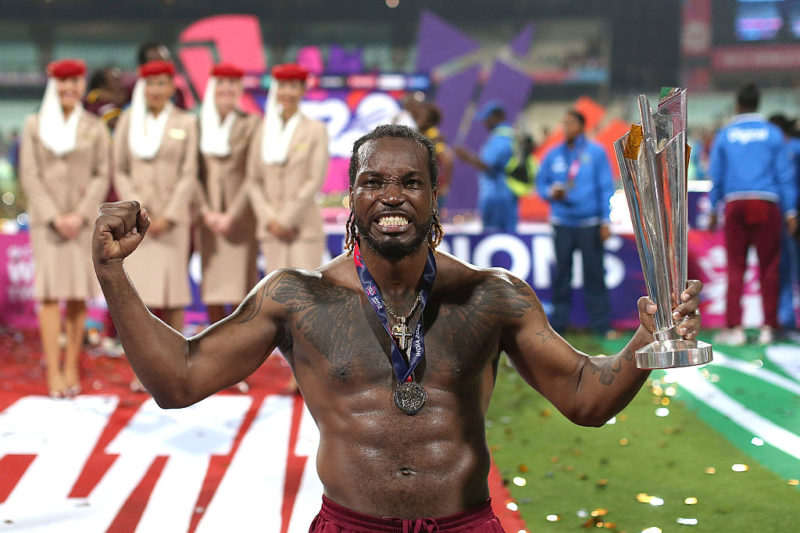 Gayle, a popular figure across the world due to his participation in global 20 leagues, says he will continue to be the self-proclaimed ‘Universe Boss’ even after his retirement.

“You’re looking at a great man,” he maintained. “I’m the greatest player in the world. Of course, I’m still the ‘Universe Boss’. That will never change. I’ll take that to the grave. I’m looking to draw the line after the World Cup.

“Or should I say cut the string? Definitely, in 50-over cricket, the World Cup is the end for me. I’ll let the youngsters have some fun and I can sit back in the party stand and watch.”