Nottinghamshire all-rounder Samit Patel has signed for Wellington to boost their quest for a second successive Super Smash title this season.

Patel, overlooked by England in recent seasons, played a major part in Nottinghamshire’s white ball success in 2017, lifting the Royal London Cup – he was his county’s top run scorer in the tournament and fourth overall – and Natwest t20 Blast, as well gaining promotion in the County Championship.

To add to his 539 runs at 67.37 in the Royal London Cup, the aggressive middle-order batter and left-arm spinner also contributed 405 runs and 16 wickets in the T20 Blast, scooping the Player of the Year title at the Professional Cricketers’ Awards in October. 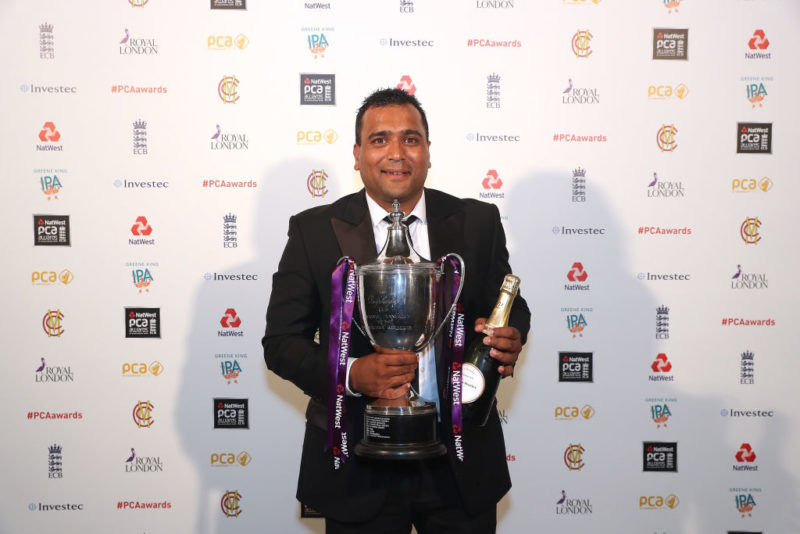 Patel, who Nasser Hussain believed was the best option to replace England’s Ben Stokes in the Ashes, is currently enjoying a stint with the Rajshahi Kings in the Bangladesh Premier League.

Wellington are scheduled to play their first Super Smash match of 2017 on December 15, against Northern Districts.

“For the upcoming campaign, we identified a need to complement our squad with a quality all-rounder,” said Wellington coach Bruce Edgar. “With a career featuring more than 200 T20 matches, including 18 internationals, and impressive strike rates with both bat and ball, we’re excited to have Samit joining the team to fill that role.”