They may have retained the urn, but a tired Australian side will leave English shores with regrets having failed to win the series, writes Jarrod Kimber.

At Old Trafford, Australia were angry. On the field, they believed they were better than England. But they weren’t getting the credit they deserved. They were upset the press had stopped reporting on the booing of David Warner and Steve Smith, showing a lack of understanding of how stories work. They were cross at the incessant treatment from the crowd. They were enraged that Ben Stokes and Jack Leach were praised as heroes in what was a flukey victory.

It didn’t seem to matter that their actions caused the booing, their crowds were worse or they had plenty of chances to win at Headingley – it was them against the world. 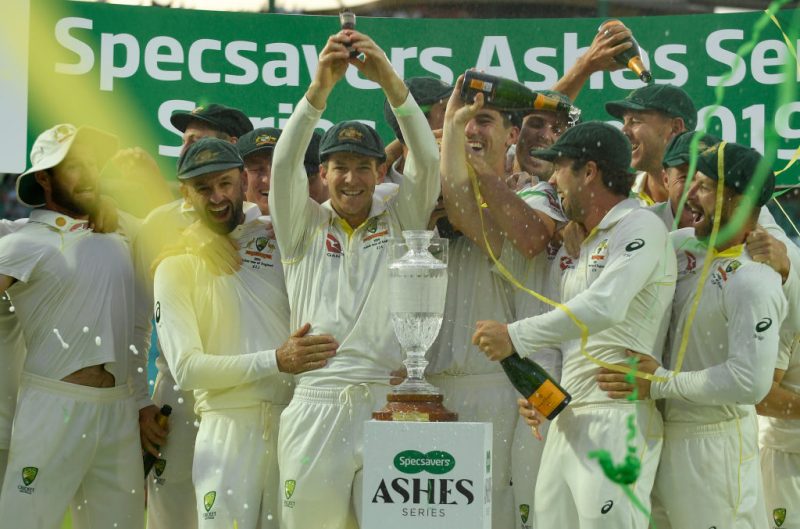 Australia celebrate the retention of the urn

This ended with the bizarre situation where an Australian cricketer was yelling at the press box after their Old Trafford victory. Steve Smith appeared to imitate Jack Leach (and then came the bizarre claim that Chris Rogers was the inspiration). And then there was a push-up celebration and weird suburban football chant, usually only heard by 13-year-old boys or 37-year-old blokes playing F grade in the outer suburbs.

You can tell why they were fired up. All that anger and frustration came out as they became the first team to retain the Ashes in England since 2001. Of course they were going to celebrate, but it was a huge celebration – one more akin to a series-ending one – with the series not yet decided.

At The Oval, they’ve looked like a team playing on fumes. In Australia, you’re taught to play until the final siren. Australia played like the siren was last week. 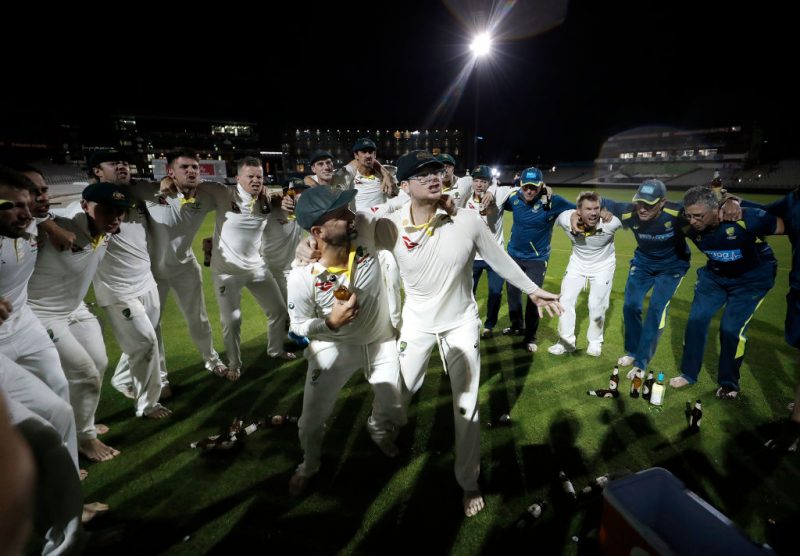 The anger fuelled them to become this intensely disciplined team that overcame its flaws, helped by an incredible bowling attack and the greatness of Smith. But after the Old Trafford triumph, that anger lost the intensity behind it, and the fire to win was replaced with an emotionally exhausted fog.

Retaining the Ashes is always the first thing to tick off the list, but winning the series is also important. The ICC have tried to end pointless final Tests with the World Test Championship, but Australia didn’t even need that new motivation: the job was not done. Yet at times through The Oval Test, Australia played like they were 3-0 up and in the deadest of rubbers.

It started at the toss when Tim Paine chose to bowl first, which, looking at the day one pitch, probably seemed like a good idea to them. But when you factor in it being the final Test of a long summer and the second of back-to-back Tests, alongside the fact that The Oval helps spinners, it was bizarre. But it isn’t that decision that cost them the match; for that, you’d have to look at the catches shelled. Australia had out-caught England in the series; on the first day at The Oval they did not. 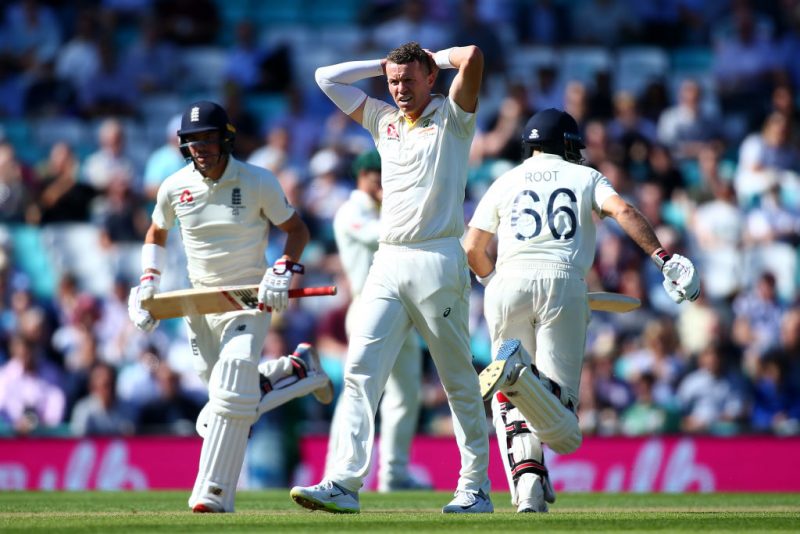 “Siddle’s role is line and length, and he provided neither on a helpful surface”

Of course, they made another decision before that, to choose Peter Siddle over James Pattinson or Mitchell Starc. Siddle’s role is line and length, and he provided neither on a helpful surface. Not to mention that with Travis Head being let go for Mitch Marsh, Australia had already included a line-and-length seamer in their side. Marsh took five wickets in the first innings, but most of them were after England got away. Siddle went at 3.58 an over with no wickets. Even if you thought that they had better pace-bowling options, no one expected the Victorian to perform so poorly.

Then Smith did his thing, Marnus Labuschagne as well, and no other batsman crossed 24. Being that Australia had built Test wins on this system, you could see it working again. But it came up well short on what became a top batting surface. And this was followed up by Marcus Harris dropping Joe Denly (94), who played his best Test innings, which built the foundations of a large England lead. This wasn’t the Australian team from previous Tests; Pat Cummins was barely getting past 90 miles an hour and Siddle was delivering the ball with Paine up to the stumps. 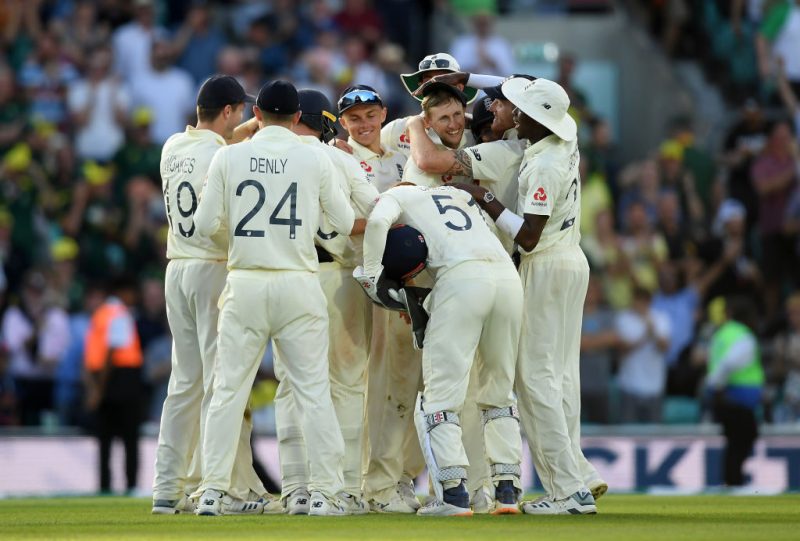 And there was the sledging. Where it had previously come from a position of strength backed up by impeccable bowling, now it was the Australians getting desperate and going for Stokes’ Bristol incident. Since they brought Stokes back into the side, some Australian cricketers have been annoyed. Smith and Warner were suspended for a year while Ben Stokes was allowed back into cricket sooner. But even then, there seemed a lack of intent. Maybe the words were as aggressive as earlier in the series, but there was little to back them up with.

Related Story: Fitter and stronger, Peter Siddle is determined to make an impact

Even as Matthew Wade constructed Australia’s second non-Smith hundred of the series, it was a rearguard; no one else from the top seven went past 24. Wade, perhaps like Marsh, still had his international career to play for; many others didn’t seem to be playing for much. England had players fighting for places on their winter tours and a team desperate to not lose the Ashes.

When Joe Root took that final catch, Josh Hazlewood and Siddle looked defeated, something that only happened in the final seconds of Headingley before this. Australia have spent the last four years thinking about winning the Ashes in England. They changed their domestic structure, kept A teams roaming England and took their eye off the World Cup until the last moment. And they retained the urn but drew the series. The Australians in the changing room didn’t look like a team happy about simply keeping the Ashes. There was a quietness, people stared out of windows, no smiles. The celebrations were understated, while head coach Justin Langer looked on rather glumly.

At The Oval Australia were disappointed.