An automatic pick for more than a decade, Stuart Broad is having to adjust to a new, more peripheral role in the England set-up. But he still has a vital part to play, argues Jo Harman.

James Anderson admitted to feeling like “a bit of a spare part” during England’s whitewash of Sri Lanka but he at least remained a first-choice pick, only being rested when the series had already been decided.

For Stuart Broad, his partner in crime for more than a decade, an automatic selection for the vast majority of that time and taker of 433 Test wickets, the tour must have been even more discombobulating.

After reportedly being on the verge of not even making the squad, Broad was left out in Galle – the first time he had been dropped since the Kolkata Test of 2012 – and again in Pallekele, as Sam Curran, who was effectively picked in his place, scored vitals runs in each match to help England take the series.

Sri Lanka felt like a watershed moment, the beginning of a new phase in Broad’s career where his phenomenal record no longer guarantees selection
The 32-year-old took it on the chin, conceding if he was picking the team he’d have made the same decision, and he returned to bowl nicely, if without much luck, in the third Test in Colombo. (Incidentally, on that issue of luck, no bowler in the world has had more chances put down off their bowling than Broad (23) since February 2016.) 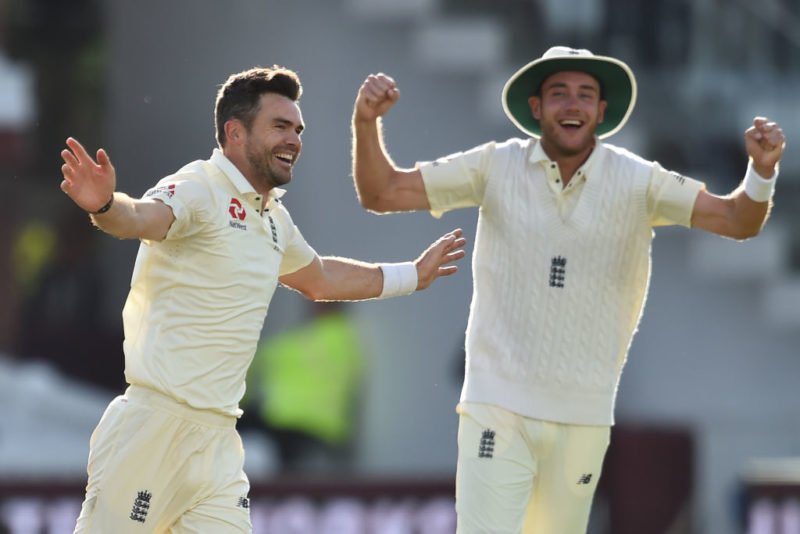 Anderson and Broad: 998 Test wickets between them and counting

To an extent, conditions dictated Broad’s demotion. Across the three Test matches 84 per cent of deliveries were bowled by spinners – the highest proportion of any series going back to 1999 – and he is wily and pragmatic enough to realise it wasn’t necessarily a bad series to carry the drinks. Broad’s modest record in Asia and his increasingly limp batting would also have been taken into account.

Nonetheless, it felt like a watershed moment, the beginning of a new phase in Broad’s career where his phenomenal record no longer guarantees selection. When England reveal their team for the first Test against the West Indies in Barbados, there’s every chance he’ll miss out again.

In large part that’s through no real fault of his own. Two spinners are likely to be required throughout the tour of the Caribbean, Curran has made himself near undroppable after winning each of his first seven Tests and the introduction of Ben Foakes as a specialist keeper has made available spots scarcer still.

He spoke openly ahead of last year’s tour of New Zealand about rediscovering his outswinger to the right-hander, but if he has found it he’s using it less frequently. Between February 2016 and the end of the 2017/18 Ashes, the CricViz database shows 23.4 per cent of his deliveries swung more than 0.5 degrees from right to left. Since the end of the last Ashes series that figure drops to 17.1 per cent. 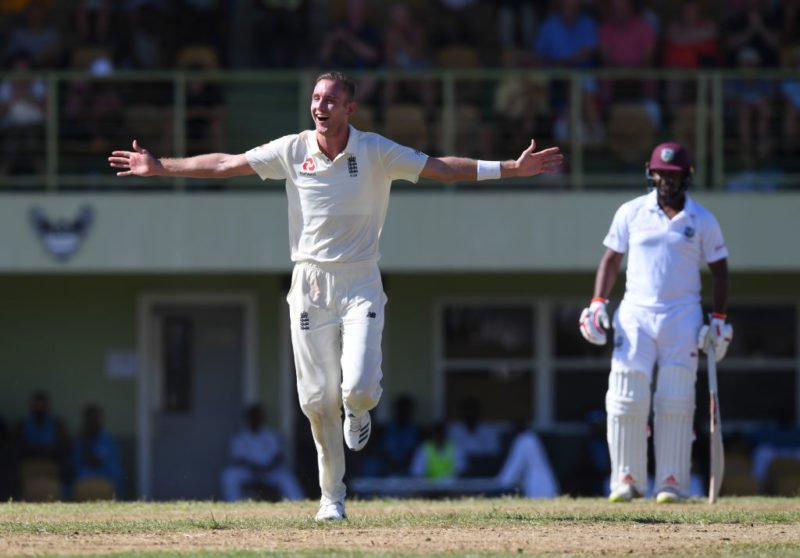 So is the second-highest wicket-taker in England’s Test history a fading force, destined to see out the rest of his international career as a bit-part player with a reduced arsenal?

He’s adamant that’s not the case. Inspired by watching Anderson and YouTube footage of Sir Richard Hadlee, Broad used his spell out of the team in Sri Lanka to work on making his action more economical.

“Shortening my run-up, making myself more compact at the crease and heightening my release position will hopefully move me on again because I’ve got aims to play at the top level for the foreseeable future,” he wrote in his Mail on Sunday column.

“During the process I got in contact with Sir Richard… and he sent me a detailed, two-page email in reply about why he changed and what he did. It was awesome. That in particular was what inspired me to go for it.

“He reckons it gave him an extra six years on his career, that he became meticulously accurate, had such control at the crease that he wouldn’t bowl a bad ball and that it gave him more bounce. These are all the same reasons that I want to make a change.” 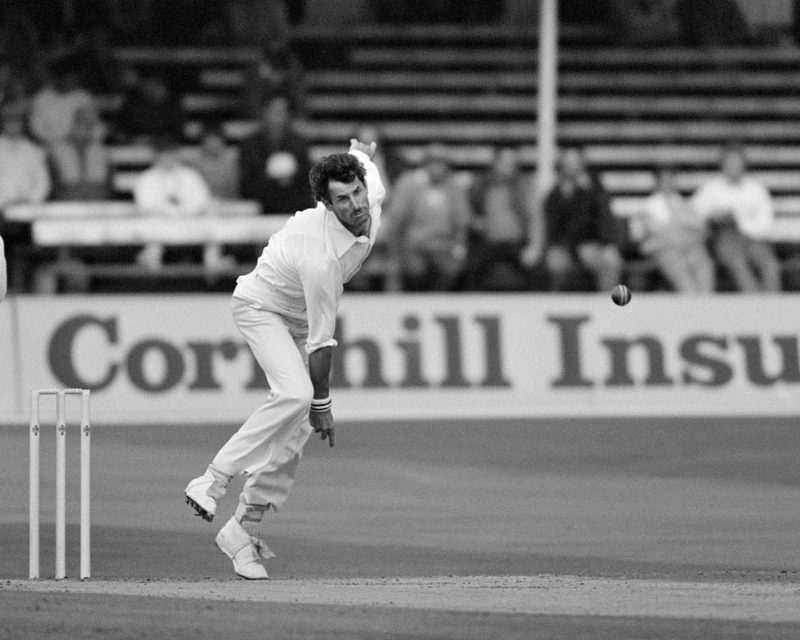 Anderson commented that he’s never seen anyone work as hard on their game as Broad has in recent times. “I think part of him is thinking, ‘Why have I not done this sooner?’” he said of his teammate’s technical adjustments.

Broad certainly looked in fine fettle during England’s two warm-up fixtures in the Caribbean, taking six wickets, including a hat-trick, to leave the tourists with a selection headache.

The changes he describes are in many ways a natural continuation of his evolution as a bowler. With Ben Stokes performing the ‘enforcer’ role and Anderson more prolific than at any other point in his career, Broad’s more measured approach makes sense. And it’s reaped dividends for the team, even if his strike rate has suffered and those trademark hot streaks burn less brightly. 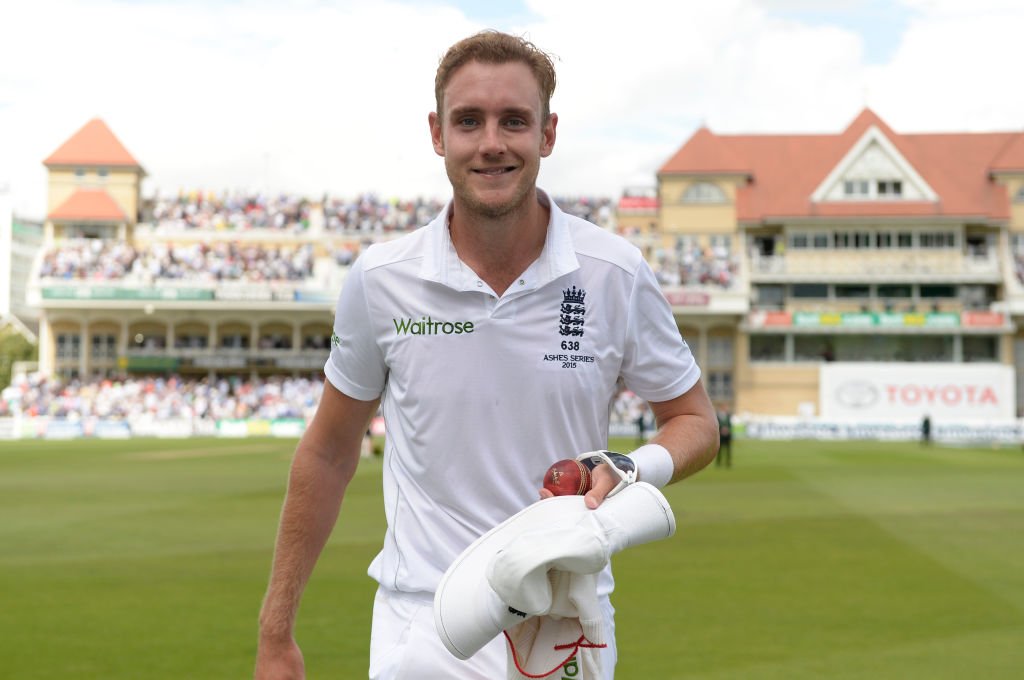 His economy rate of 3.08 up to and including the Trent Bridge Ashes Test of 2015 has dropped to 2.75 in the period since and there are few seamers in the world more adept at putting on the squeeze.

There is also the value he offers off the pitch. Broad is generally the most thoughtful and insightful of England’s players when speaking to the media, particularly when it comes to discussing the intricacies of the game, and Trevor Bayliss was quick to highlight the impact he’d made in the dressing room in Sri Lanka, even when he didn’t make the team.

Related Story: Stuart Broad puts trolling fan in place with cheeky comeback
Tellingly, Broad says he is making these technical changes with a view, in the short term, to this summer’s Ashes, and that is when we may well receive the latest reminder that England can’t afford to lose him yet. He has cut a peripheral figure so far this winter, but don’t write off Stuart Broad.

Wisden.com writers pick their England XI for the first Test in Barbados