Stuart MacGill, who is just one year younger than Australian great Shane Warne, has long been regarded as one of the unluckiest players in the history of Australian cricket.

Despite playing second fiddle to Warne for the vast majority of his international career, MacGill retired with 208 Test wickets to his name, placing him fourth on the all-time list of Australian spinners behind Clarrie Grimmett, Richie Benaud, and Warne himself. Nathan Lyon has since leapfrogged him as well.

From his Test debut in January 1998, MacGill actually had a superior record in home Tests to Warne – MacGill took 135 wickets at 27.68 against Warne’s 30.42. While this is partly down to the fact MacGill was regularly called upon on surfaces that offered more help than usual for spinners, MacGill’s record in Tests he played alongside Warne is again better than the Australian legend’s. In the 16 Tests that the leg-spinners played in together, Warne took 74 wickets at an average of 29.56 compared to MacGill’s 82 dismissals at 22.10.

MacGill was handed a year-long audition for the role of Australia’s first choice spinner in 2003 after Warne was suspended from the game for a doping violation. In that time, he took a respectable if not earth shattering 53 wickets at 31.54. 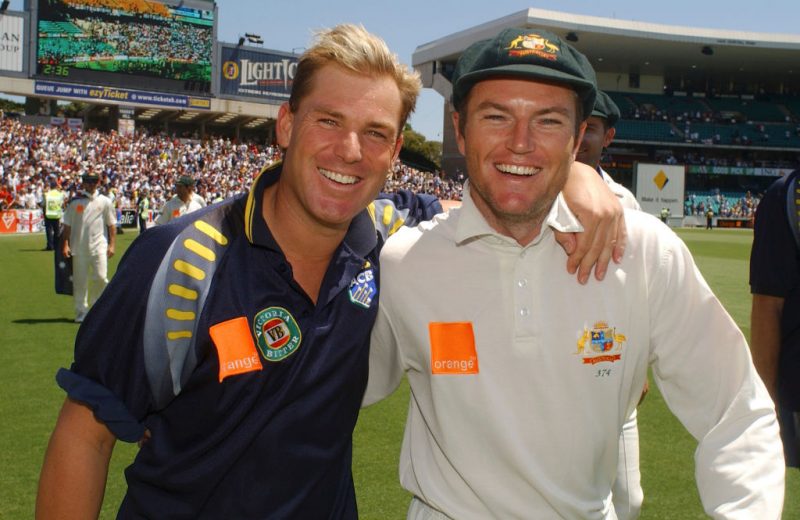 In home Tests playing without the other since MacGill’s 1998 debut, Warne’s record is better than MacGill’s, although not considerably – 115 wickets at 29.92 against 81 at 33.06. While dropping Warne – one of the game’s all time greats – would have been unthinkable, there is an argument that MacGill ought to have played more regularly as a second spinner alongside Warne.

Glenn McGrath, Jason Gillespie and Brett Lee formed the core of Australia’s fast bowling unit across MacGill’s international and while McGrath and Gillespie boasted superior records, Lee’s numbers are similar to MacGill’s. Considering that MacGill’s 44 Tests were played sporadically over the course of 10 years and that he only played seven Tests in Asia where pitches generally suit spin bowling, it’s not unreasonable to think that with more support and consistent selection, MacGill would have ended his career even higher on the Australia all-time list.