Almost five years to the day before England’s victorious World Cup campaign would begin, Jos Buttler, one of their brightest talents, showed a glimpse of what was to come on a thrilling afternoon at Lord’s, writes CricViz analyst Patrick Noone.

The summer of 2014 was a peculiar one for England across all formats. The chastening winter Down Under and the subsequent fallout of the Kevin Pietersen saga had left England with a new coach, several new players to integrate into the Test team and a limited overs setup that stubbornly refused to do anything other than sleepwalk towards an ignominious early exit in the following year’s World Cup.

Eight players in total were handed debuts in the various formats during the summer and while some – Moeen Ali, Jason Roy, Alex Hales – would go on to have successful England careers, others such as Sam Robson and Harry Gurney would fall into the international wilderness almost as suddenly as they arrived. 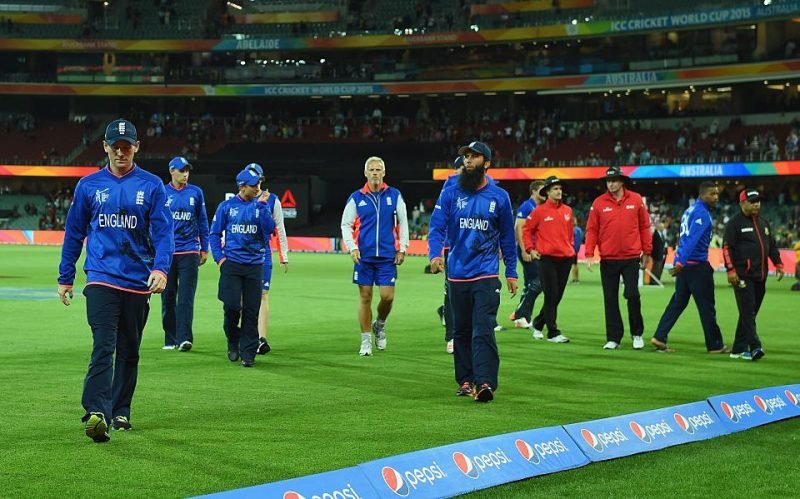 It was a season dominated by strong opinions over several key issues including whether Pietersen should be brought back into the fold, whether Peter Moores was the right choice to succeed Andy Flower as coach and whether Alastair Cook should continue as ODI captain with a World Cup on the horizon. With no easy answers, and fortunes on the field continuing to flounder, a vague sense of bitterness and division festered around the game.

Despite this polarisation, there was one thing that just about everybody agreed upon: that Jos Buttler was one of England’s great hopes, particularly in the shorter formats. The wicketkeeper-batsman had been in and around the ODI side since his debut in 2012 but had only shown flashes of his talent without ever quite playing the match-defining innings he was capable of.

Two months prior to the home ODI series against Sri Lanka, Buttler had bludgeoned 99 off 84 balls in Antigua to take the game beyond West Indies, but his opportunities had been limited during the first three matches against Sri Lanka. Scores of 26* and 4 did little to hint at what would happen at Lord’s, while his services were not even required in the third ODI at Old Trafford as England chased down a paltry target of 68 without losing a wicket.

The home of cricket was to be Buttler’s stage. The ground where, five years later, he would complete the most important run out in English cricketing history would be the venue at which he announced himself with a counter-attacking innings of breathtaking flair, outrageous audacity and no shortage of skill.

After Sri Lanka posted 300, England were in a spot of bother at 111-5 with two quick wickets leaving Ravi Bopara and Buttler both new at the crease. In this all-conquering era of English ODI cricket, it is easy to forget just how big a total 301 was for them to chase back then. At that stage, England had only twice successfully chased a score of 300 or more, the most recent of which was way back in 2007. With half the batsmen back in the shed with barely 100 runs on the board, most assumed the game was dead. 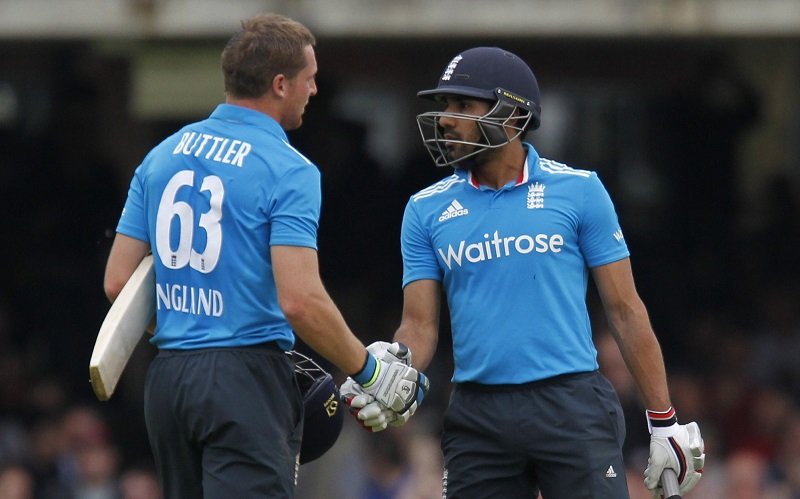 But Buttler, perhaps emboldened by the apparent hopelessness of the situation, played with a freedom that the old regime seldom allowed. His first boundary came off the mystery spin of Sachithra Senanayake; an impudent reverse sweep that raced to the point boundary. It was England’s first boundary for 22 overs and the cheers from the Lord’s crowd were almost ironic as the ball touched the rope.

Buttler followed that up two overs later with an imperious cover drive for four off Angelo Mathews. The Sri Lanka captain adjusted with his next ball, taking the pace off and going slightly straighter, but Buttler responded by moving across his stumps and whipping the ball to the fine leg boundary. With three shots, Buttler had demonstrated he had both the classical ability to play ‘proper’ cricket shots as well as the modern skill-set to play the reverse sweep and the ramp, making him a nightmare to bowl to and set a field to. 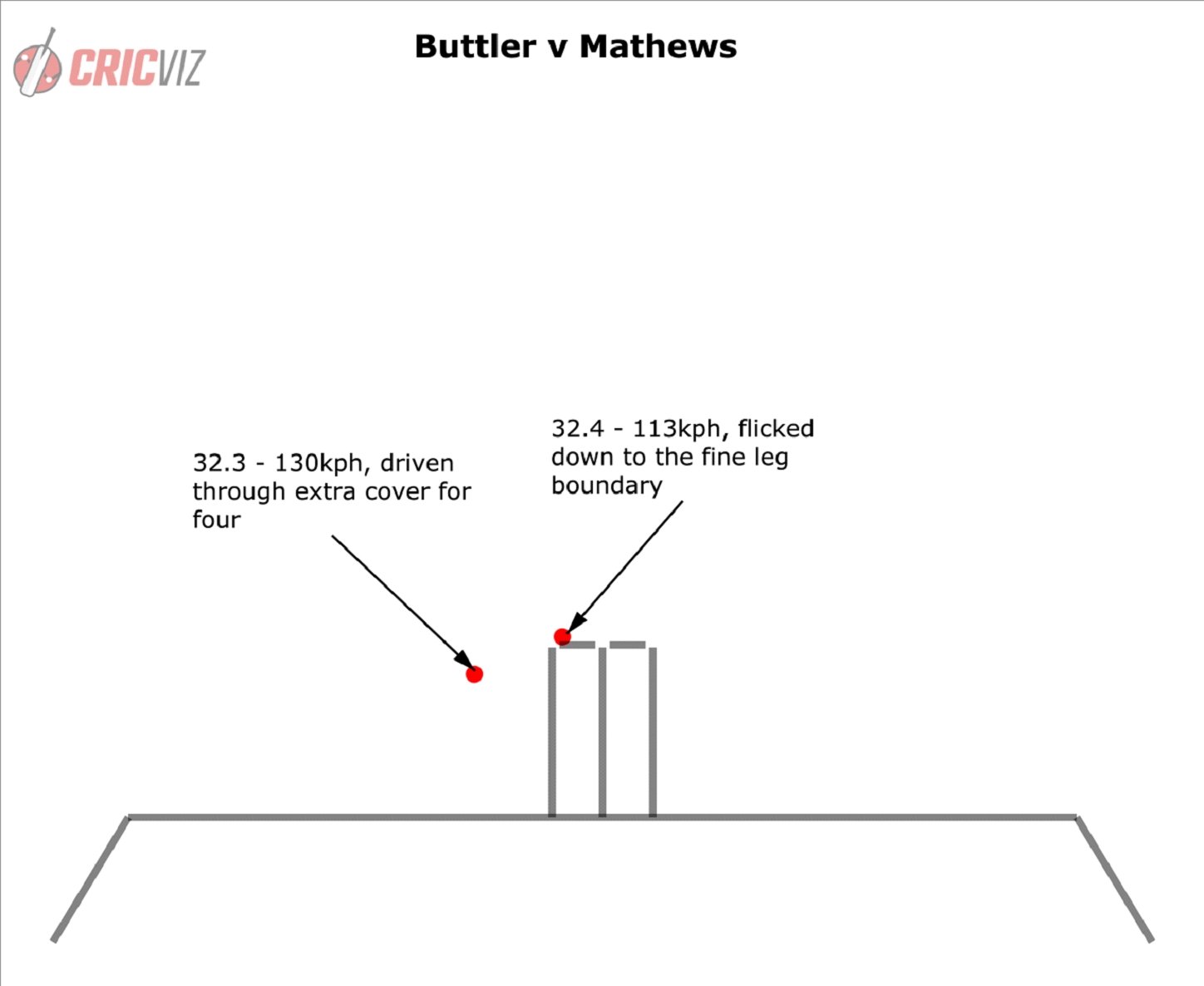 Extra cover was Buttler’s primary scoring area throughout his innings, with 45 runs coming through that region, none better than the six he hit to bring up his half-century. A fairly innocuous length ball from Nuwan Kulasekara was treated with such disdain it bordered on cruelty as Buttler backed away and slapped it high and mightily away towards the Warner Stand. By now the crowd were cheering unironically as Buttler, now on 50 from just 34 balls, was giving the home side a chance of pulling off an unlikely victory.

This was a kind of batting that had almost never been seen from a player in an England shirt. Of course, the recently discarded Pietersen had an eye for the spectacular, whether through switch hits or flamingo shots, but this was different. Never had England had a player down the order who could bat like this in this situation. To those watching, it was a breath of fresh air. 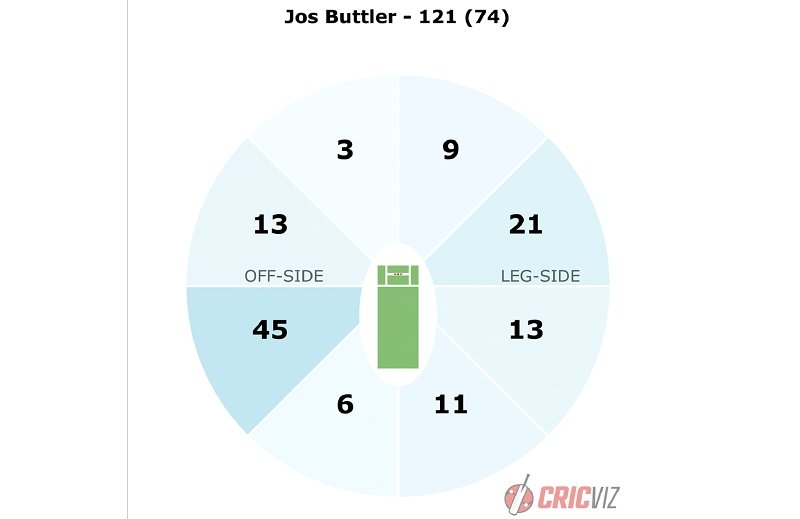 Buttler was not done yet though and his second six was arguably more outrageous than his first. Lasith Malinga bowled one of the shortest balls he would bowl in the match and Buttler swivel-pulled it over midwicket. Over-compensating with his next delivery, Malinga sent down a juicy full toss that Buttler was able to sweep for four with ease. Even a bowler of Malinga’s experience and craft was becoming rattled by what Buttler was doing in the middle. 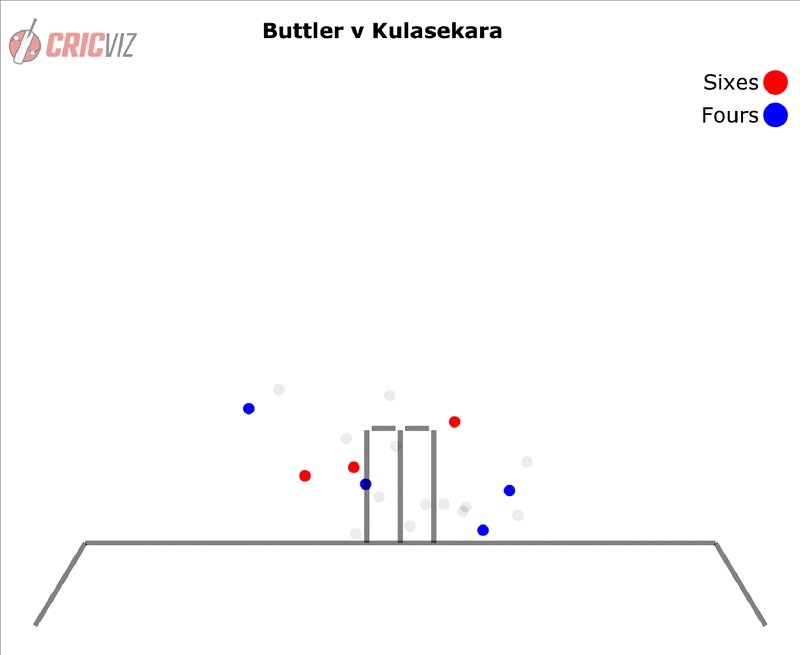 Kulasekara would then come in for some more rough treatment as Buttler struck two more extraordinary sixes over extra cover to take him into the nineties off just 57 balls. He followed that up with a four through the same area just two balls later and by the end of the carnage, the Sri Lanka seamer had bowled 20 balls to Buttler and conceded 46 runs including three sixes and four fours. It was not for want of trying on Kulasekara’s part though; he tried to go short and wide, he tried to bowl yorkers, he tried to cramp the batsman for room on the leg-side, but Buttler had an answer for everything. 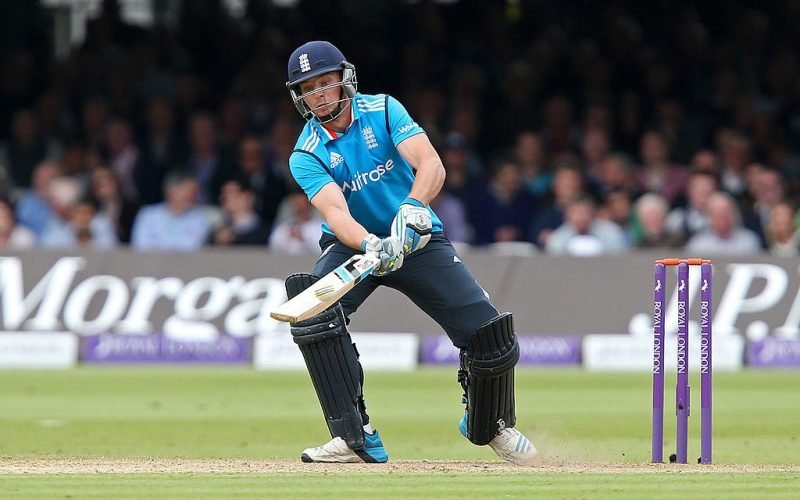 Buttler’s innings finally came to an end in the last over. By that point, he had reached his hundred in 61 balls, making it the fastest century by an England batsman in ODIs, a record he would surpass again the following year in the UAE. It was Malinga who had the last laugh, defending 12 off the final over with a series of perfect yorkers and ultimately running Buttler out in the desperate pursuit of a single to get England over the line.

It might have been a losing cause for Buttler on the day, but the result of the match was almost immaterial when compared to what his innings meant, and would come to mean, for English cricket as a whole. Buttler gave everyone a momentary glimpse into what the future held for England, an explicit pointer as to how the format should be played. This might have been the first time he gave the Lord’s crowd something to cheer, but it certainly wouldn’t be the last.