As an intensely competitive tour over three formats comes to an end, here are the moments that defined India’s tour of England in 2018. 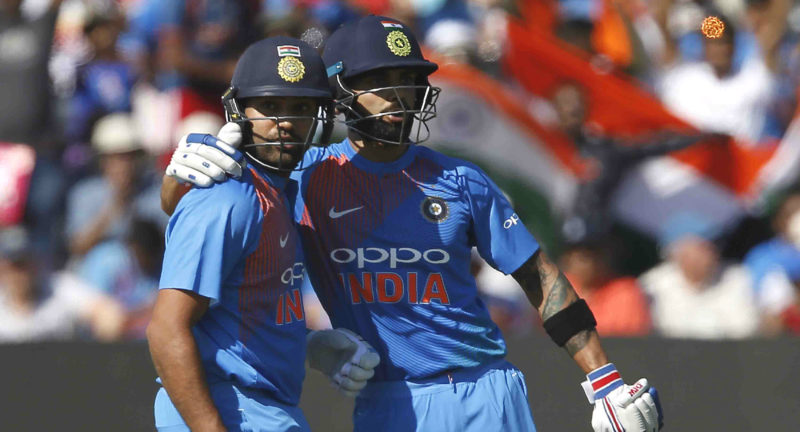 Sharma scored a hundred in both the T20I and ODI series

After such a tense five-match Test series that was closely fought to the bitter end, it’s easy to forget that India’s tour of England started with a T20I and an ODI series as well. The T20I series was level going into the decider at Bristol. England were confident after the likes of Jason Roy, Jos Buttler and Jonny Bairstow blasted their team to a commanding total of 198 from their 20 overs, but Rohit Sharma spoiled the party by smashing England’s quintet of seamers all over the ground. He scored his third T20I hundred – no batsman has more – to help his team reach the target with eight balls spare. 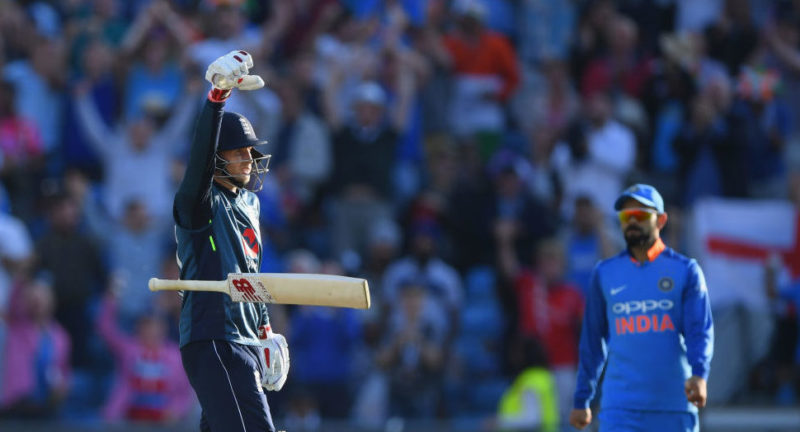 Similar to the T20I series, both teams went into the ODI series finale with a win each. A Joe Root hundred inspired England to victory in the second match and he repeated the trick in the third ODI, scoring a hundred at his home ground, Headingley. Perhaps caught up in the emotion of the occasion, Joe Root performed a ‘mic drop’ celebration in which he dropped his bat whilst looking at his teammates. Even though he later said he was embarrassed by the celebration, Kohli didn’t seem to take it too kindly. When Kohli ran Root out with a direct hit in the first Test he directed his own version of the celebration to Root as he walked back to the pavilion. 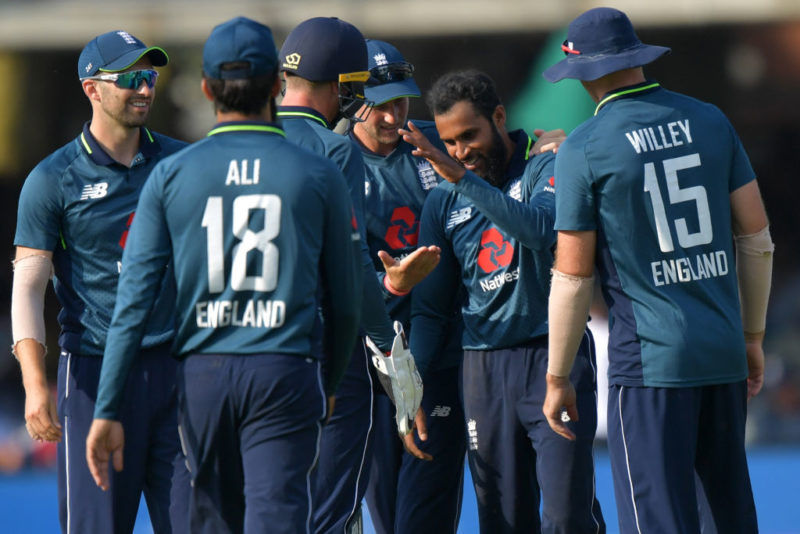 Although England won the deciding ODI comfortably, India were 156-3 at one point during their innings and looked set to post a massive first innings score. That all changed when Adil Rashid bowled Kohli with arguably the ball of the tour. A conventional leg-spinner, the ball drifted toward Kohli’s legs before spinning sharply to knock over off stump. Kohli’s shock at the dismissal added to the drama and that delivery prompted calls by some to include Rashid in England’s Test squad, despite ruling himself out of first-class selection earlier in the summer. Of course, Rashid was eventually picked in the Test team, but we’ll never know exactly how pivotal that ball was in his selection. 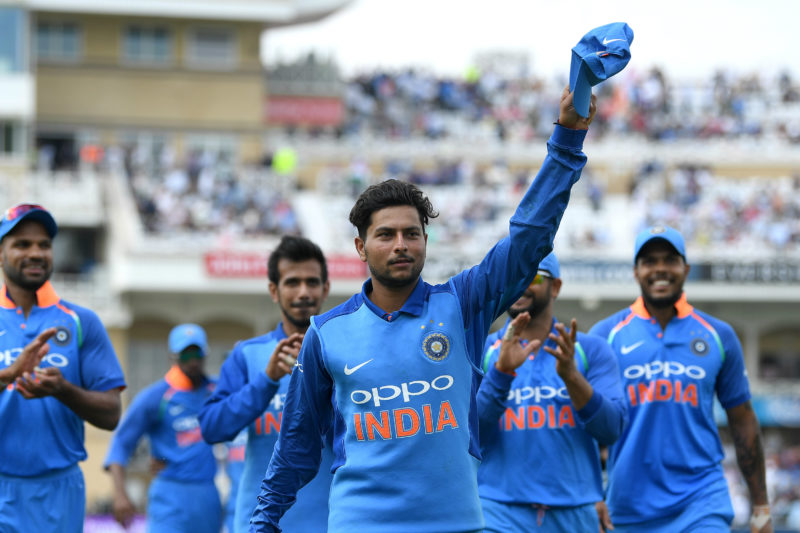 Kuldeep leads his team off the field after his 6-25

In the first ODI of the series, England were well beaten largely thanks to a magnificent spell of left-arm wrist spin from Kuldeep Yadav. He claimed 6-25 as England’s batsmen struggled to pick his googly, which was particularly worrying considering that four of his victims – Root, Bairstow, Stokes and Buttler – were likely to be mainstays of England’s middle order in the looming Test series. Impressed by his output, India’s selectors drafted Kuldeep into the Test squad and England roped in club cricketers who bowled left-arm wrist spin to help them prepare. The preparations paid off as Kuldeep went wicket-less in his one Test appearance of the summer. 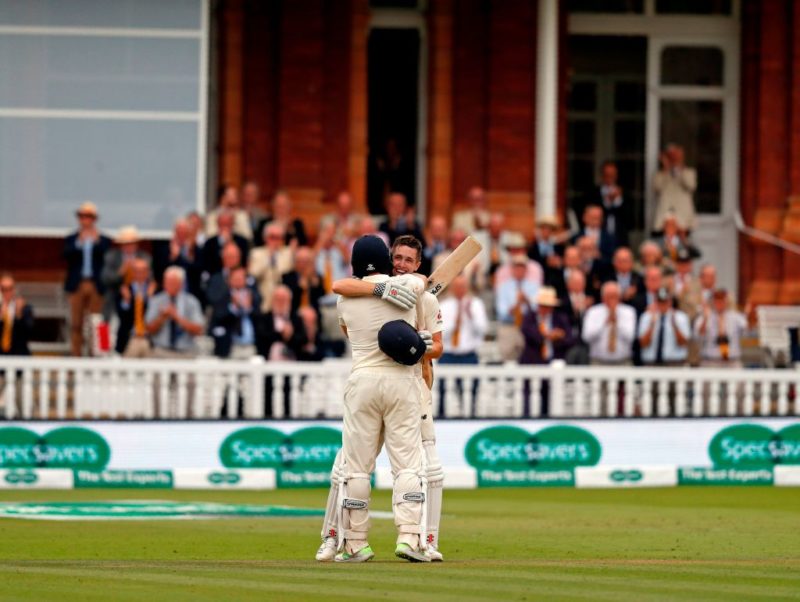 Injury restricted Chris Woakes to just two Tests in the series, but he made his first appearance count in some style at Lord’s. A maiden Test hundred for a man with a formidable record with both bat and ball in English conditions meant that he now has the rare privilege of being on all three Lord’s honours boards. His century put England into a formidable position in what was almost certainly the most one-sided Test of the summer.

5 – Moeen’s redemption at the Ageas Bowl 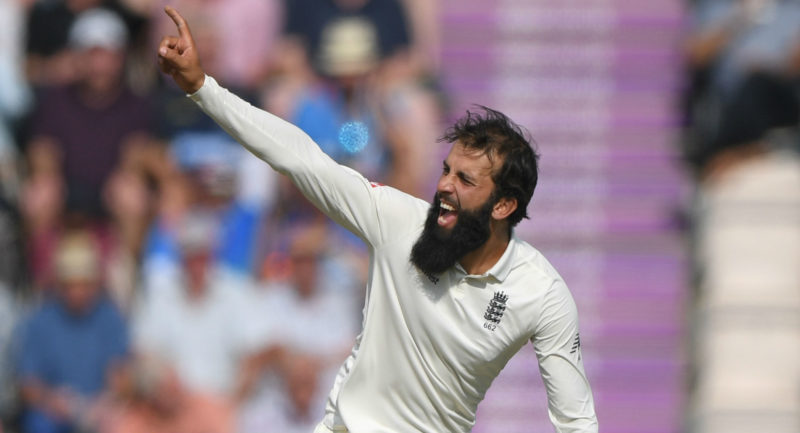 After a miserable winter, Moeen lost his place in the side on England’s tour of New Zealand. An IPL campaign where he struggled to make appearances and an early season injury meant that he had few chances to show selectors that he had recovered his red-ball form. Prior to the fourth Test, Moeen scored a double century and took eight wickets in a County Championship game for Yorkshire. Concerns over Ben Stokes’ capacity to bowl in that Test prompted England to recall Moeen. He repaid them in a way they couldn’t have dreamt of. At the Ageas Bowl he comfortably out-bowled Ravi Ashwin as he spun England to victory, taking nine wickets in the process. Like Woakes, Moeen is a match-winner in English conditions.

4 – Curran announces himself as an international cricketer 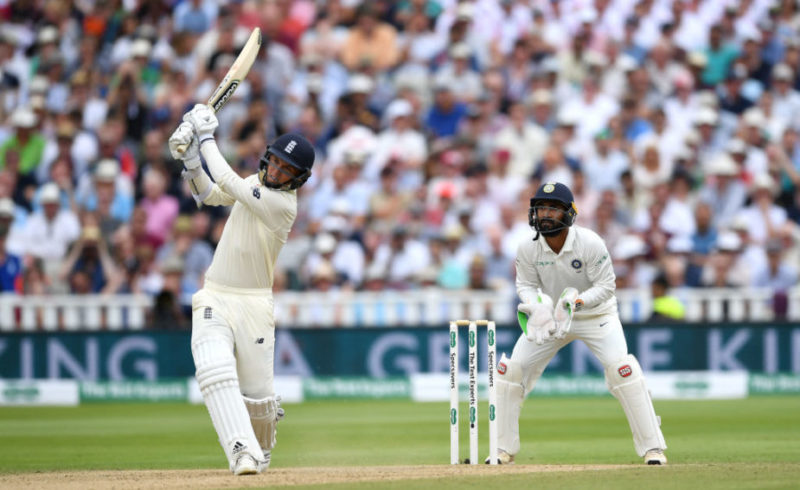 Curran’s 63 at Edgbaston changed the course of the series

As a short pace bowler who only just reaches 80 miles per hour and as a batsman without a first-class hundred, England fans could be forgiven for not knowing exactly why Sam Curran was given the nod. His bowling can look innocuous at times and he could hardly buy a run for Surrey earlier this year. What he might lack in physicality or statistical weight, he more than makes up for with an appetite for the big occasion. With England staring at defeat at 87-7 in their second innings of the first Test, Curran took the attack to the Indian bowlers hitting a quickfire 63. That innings, alongside his five wickets in the match, put England on course to victory in that match, and ultimately the series. 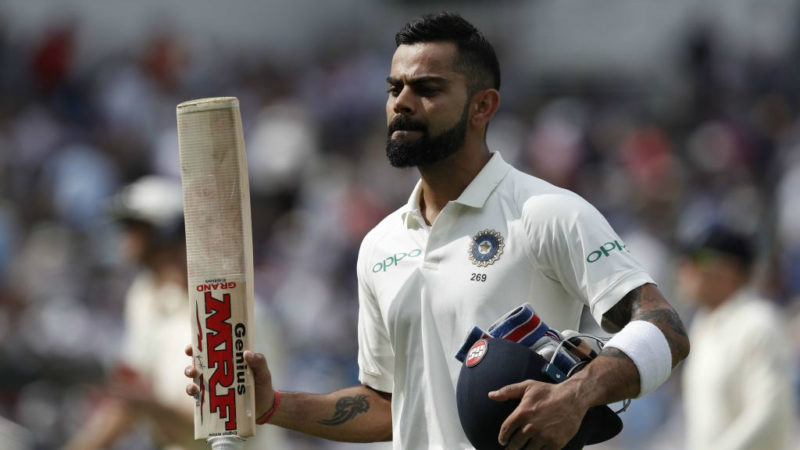 Kohli finished the series with 593 runs from 10 innings, but found little support from other batsmen

Virat Kohli well and truly dispelled the myth that he can’t play the moving ball. In a low-scoring series where ball, for once, dominated bat, Kohli was the stand-out batsman of the series, scoring 244 more runs than any batsman on either team. His series average of 59.30 was a marked improvement on his efforts in England on his previous tour in 2014 where he didn’t register a single 50 all series. 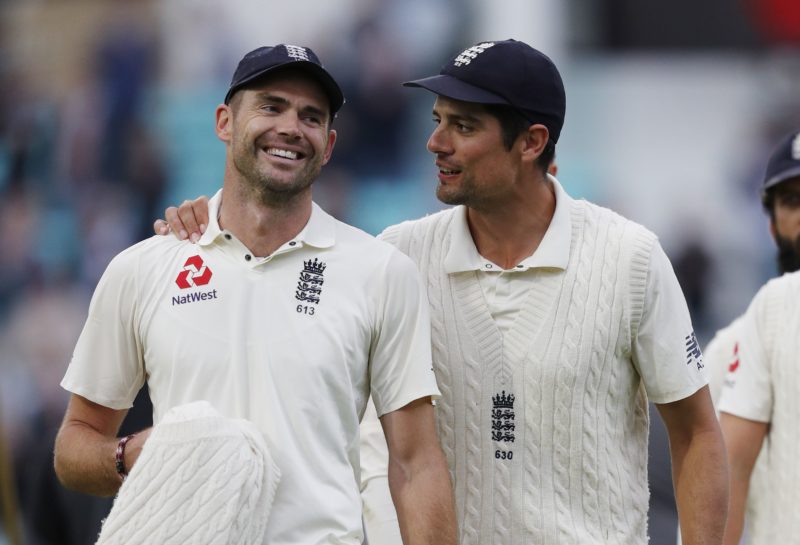 England’s go-to man whenever they needed a wicket, Anderson led the attack with relentless consistency all series. His 9-43 at Lord’s laid the platform for a massive win, but his frequent wickets with the new ball must have given India’s top order nightmares. His crowning moment was taking the last wicket of the series to overtake Glenn McGrath to become the pace bowler with the most wickets in Test history. To do so alongside his pal Alastair Cook, on the field for the last time in Tests, would have made it all the more special. 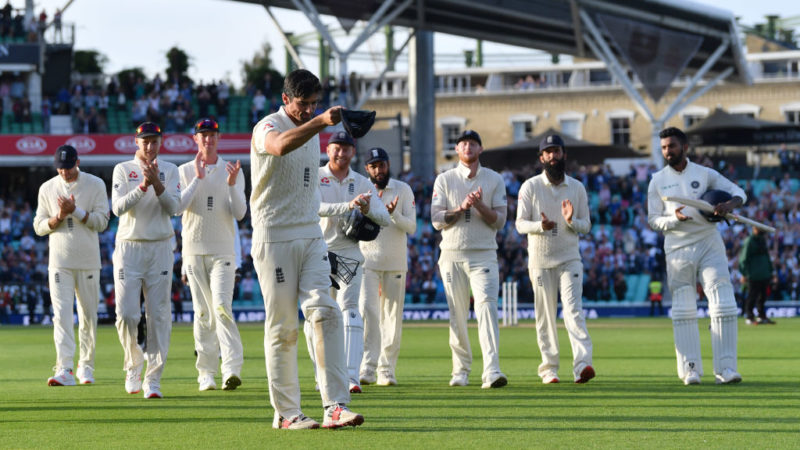 Cook doffs his cap to the Oval crowd

Few people have served the England team with such distinction as Alastair Cook and even fewer have the opportunity to bow out in such brilliant fashion. With the series already won, the build-up to the last Test at the Oval was all about Cook and the Test itself became a celebration of the achievements of England’s greatest run-scorer. He raised fans’ hopes of a farewell century in the first innings but was unlucky to play onto a ball from Jasprit Bumrah. In the second innings, though, England fans were treated to a vintage Cook innings where he exhibited his monstrous powers of concentration and his array of shots that helped him to more than 12,000 Test runs. It is unlikely that the Oval has ever seen or ever will see an ovation as great as the one they gave the opener when he reached his hundred on the penultimate day of the series. It truly was a dream send-off.