Ben Gardner picks out five things to look out for on England Women’s upcoming tour of India.

After becoming world champions, drawing an Ashes series overseas, and invigorating the game through your team’s on-field brilliance – you might feel, if you were England Women’s head coach Mark Robinson, justified in being just a little bit self-satisfied.

But that’s never been his style, and with a World T20 just seven months away, he had some harsh words for his team. “What we’re doing at the moment isn’t going to win you a World Cup,” he said. “And we have to change that.” 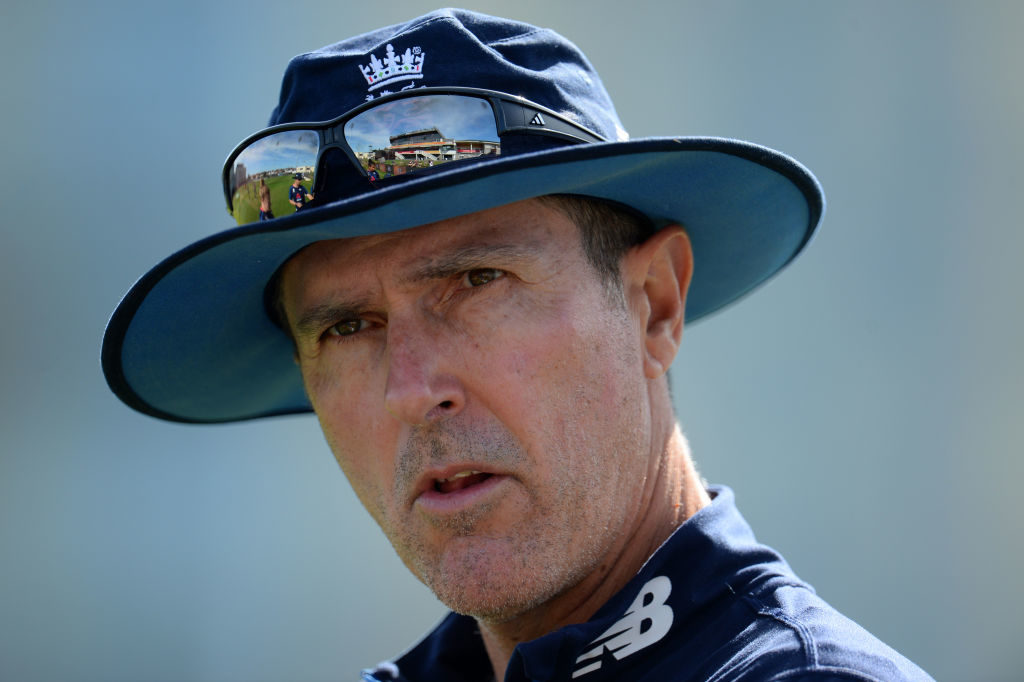 The first clues about what areas Robinson feels need changing have been given in an exciting squad selection for England’s upcoming tour of India, including three uncapped players. There are no women’s championship points on offer for either the T20I tri-series, also involving Australia, or the ODI series that follows, but for many there is still plenty riding on England’s upcoming tour of India. Here are some of the areas of concern that appear to be foremost in their minds.

"What we're doing at the moment isn't going to win you a World Cup, and we have to change that"

“I watch the Super League and the Big Bash and the overseas players are dominating a bit,” Mark Robinson said. “I don’t want that. I want our players to dominate. I’m challenging my players to dominate. We know we need to win big moments and Powerplays.” England recognise, with run rates ever-increasing and par totals expanding, that they need their batsmen, and especially their openers, to score quick as well as big. Lauren Winfield, who averaged 16.7 with a strike-rate of 63.49 in ODIs in 2017 and has been dropped for this tour, has been doing neither, and while no-one doubts Tammy Beaumont’s class as a batsman, whether she can adapt her game to the shortest format, where she scores at under a run a ball internationally, is another matter. 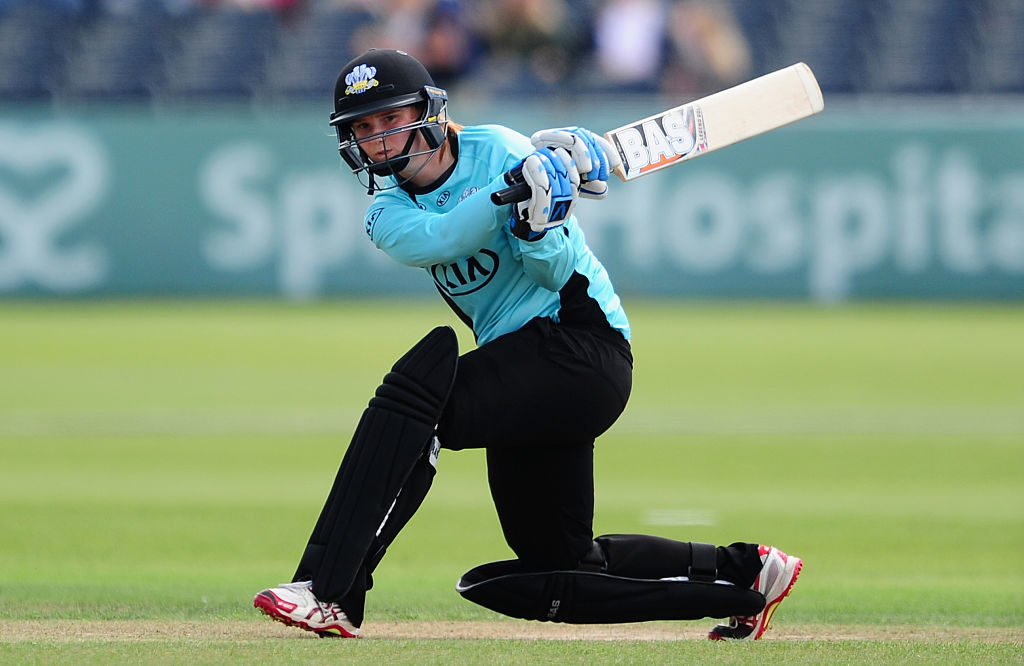 Could 20-year-old Bryony Smith open the batting at the World T20?

With a stunning hundred in the last game of the Ashes, the first ever in this format by an English woman, Danni Wyatt has suggested she might be one half of answer to the opening problem, but it’s only two games since she moved up to facing the new ball, and just three since she made her first international fifty, after 91 attempts. Whether that ton was a blip or the new norm is yet to be seen. 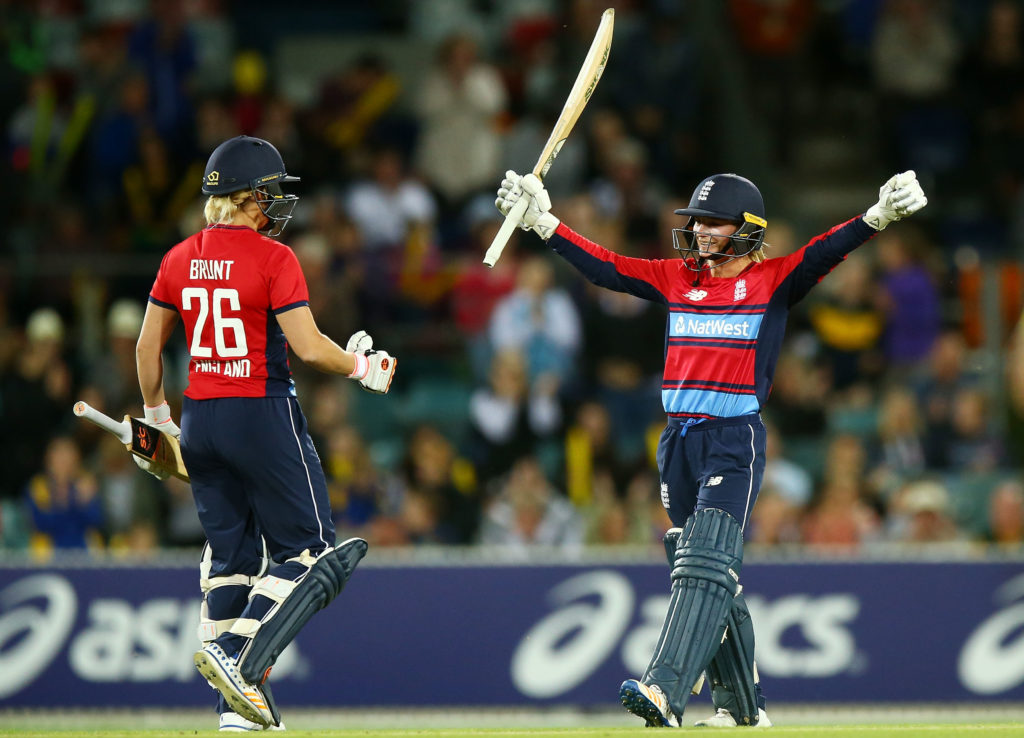 Could Danni be the key to England being champions of the world?

The inclusion of 20-year-old Bryony Smith is also an intriguing one. The belligerent opener made waves in the first edition of the Kia Super League for her attitude and her clean striking, at one point smoking Katharine Brunt for four boundaries in five balls. England’s selection for their warm-up match offers further clues, with Smith and Wyatt opening together and Beaumont pushed down to three, a position to which she could be better suited. Smith scored a brisk half-century in a thrashing of India A. Could she be the batter to give England that much-needed surge up top?

Even if England solve their ‘up top’ problem, they still need to make sure it’s not a case of ‘down low, too slow’ – Danni Wyatt’s promotion, and Katherine Brunt and Sarah Taylor being rested means there are several slots in the batting order to fill, and if Smith opens and Beaumont bats at three, those spots will be lower down. 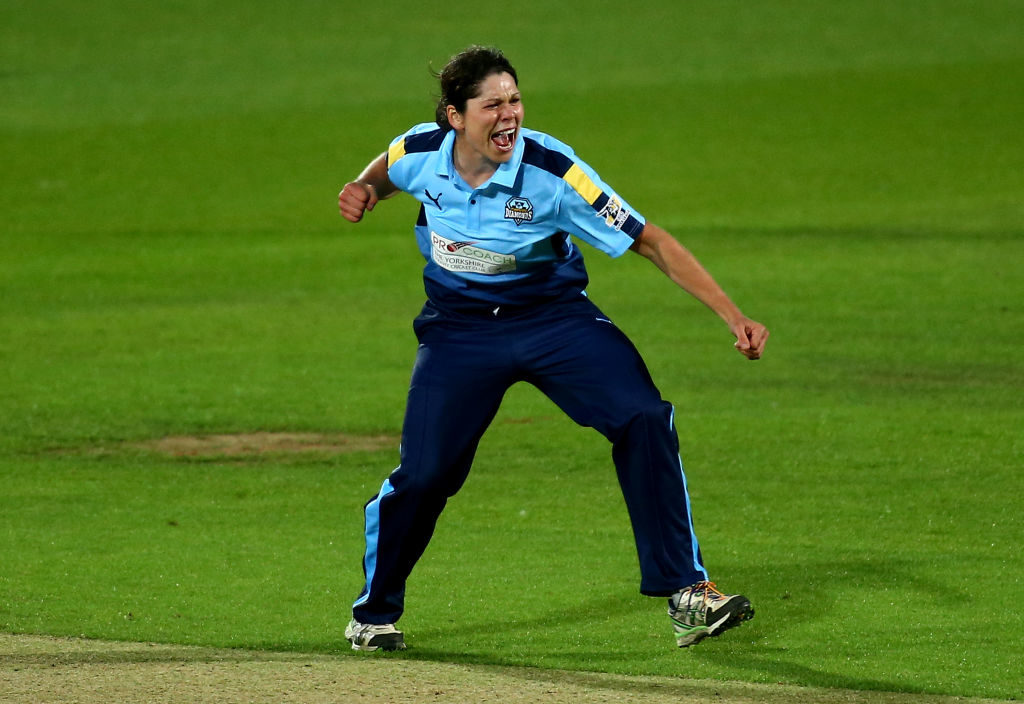 Alice Davidson-Richards offers an all-round option. The 23-year-old shot to prominence with a player of the match display in the Roses match during last year’s KSL. Her 13-ball 22, which contained two sixes, and 3/20 came in front of the TV cameras that day. Should she continue to rise to the occasion on her first senior tour, England could have a gem on their hands. 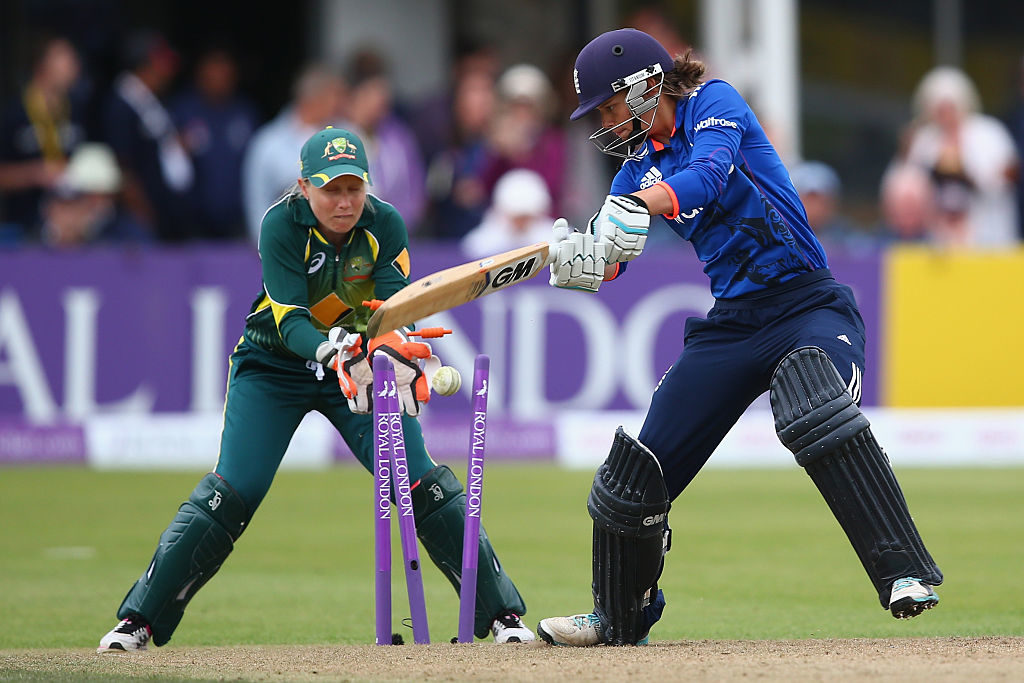 With this tour not counting in terms of league tables, it makes sense that Sarah Taylor has taken the opportunity to rest. There is no doubt she remains England’s first choice behind the sticks, but there are still questions to be answered about who her deputy is. Amy Jones and Tammy Beaumont are the two candidates, and while Jones is the more talented with the gloves, she averages just 6.66 from nine T20I innings. Should her struggles with the bat continue, it might be tempting to see how Beaumont can handle both responsibilities, with her potential demotion to No.3 lessening the batting burden placed on her.

It’s a theme of the struggles England’s men have had this winter – not having bowlers quick enough to fight fire with fire – and the same, Mark Robinson feels, is true of the side he is in charge of. “You are going to want to have impact bowlers,” he said. “New Zealand have Lea Tahuhu and South Africa have Shabnim Ismail and they are really important on good wickets as they can grab you a wicket.” 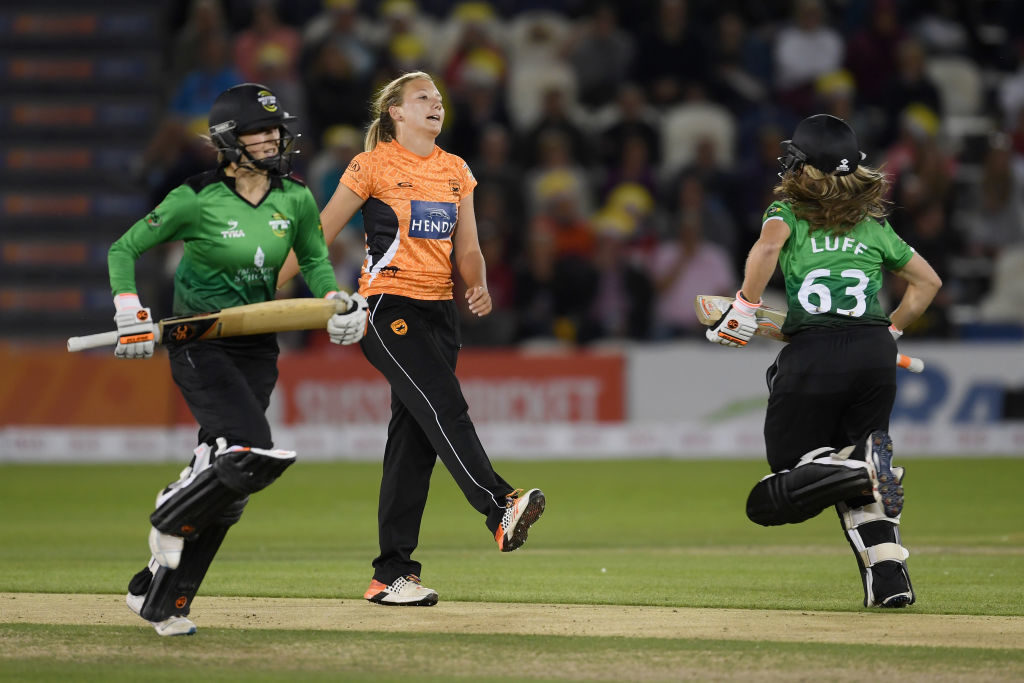 He feels Hampshire’s Katie George, who will turn 19 on tour, could be the answer. “Watching Katie George bowl in last year’s [KSL] final, I absolutely loved it,” said Robinson. “She raced in, she bowled quick. She absolutely went round the park [she finished with figures of 1-31 from three overs] but she kept running in fearlessly and bowling.” If she can ally precision to her pace, she and Brunt could form a ferocious new-ball partnership at the World T20.

Related Story: Katherine Brunt opts against Mankad in final over against South Africa

Can the stand-ins step up?

George will be competing for a starting slot with seam bowlers Kate Cross and Tash Farrant, both of whom have been brought back in from the wilderness, each having last played for England in 2016. Farrant, who, being a left-armer, offers some variation, has won nine of her 10 England caps in the shortest format, but Cross had been seen as something of a Test specialist, having been selected for the Ashes largely with a view of her playing in the only Test – though she didn’t make the final XI on that occasion. 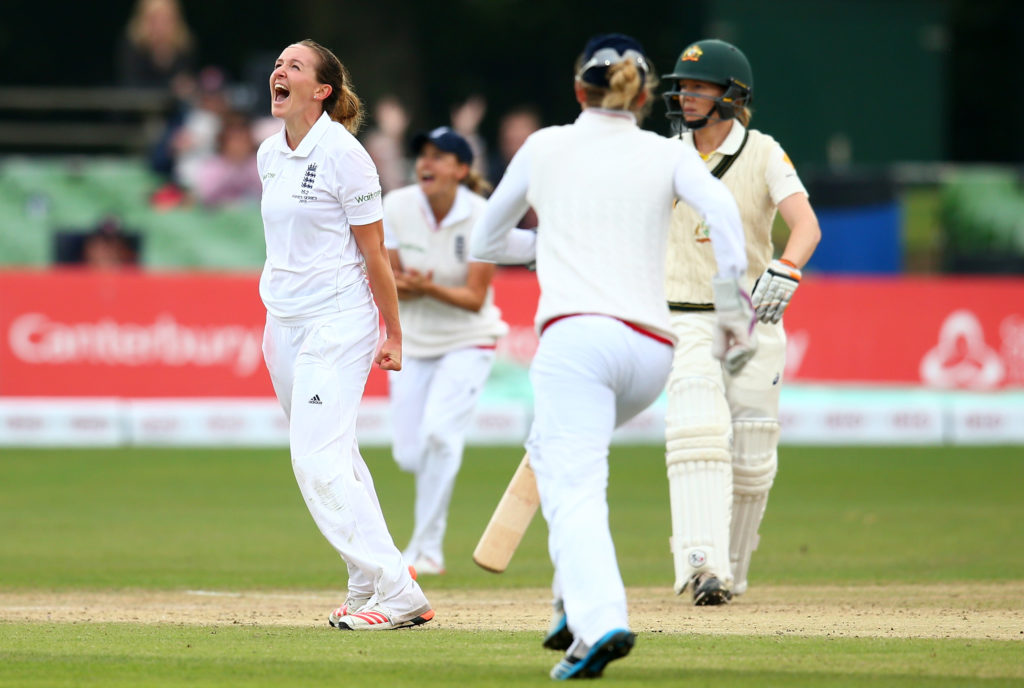 Can Kate Cross transfer her skill in whites to white-ball cricket?

Her selection shows, as ever, that Robinson isn’t afraid to try new things to shake up the established order. With places up for grabs, and a world title on the horizon, there can rarely have been a better time to stand up and be counted. Now it’s over to the players.