Meg Lanning, the Australia Women captain, placed her 121 against West Indies in the first ODI in Antigua, among her best knocks.

It was an enterprising effort from the 27-year-old, who had to virtually open the innings as Rachael Haynes was dismissed off the innings’ first ball. Stitching together a 225-run partnership with co-centurion Alyssa Healy, Lanning brought up her 13th ODI ton, in 137 balls.

“It’s right up there, to be honest, just because I had to grind it out and it wasn’t very free-flowing at any point,” she told cricket.com.au.

“I felt relatively scratchy … It was a tricky wicket, there wasn’t a lot of pace in it, and there was some spin as well. 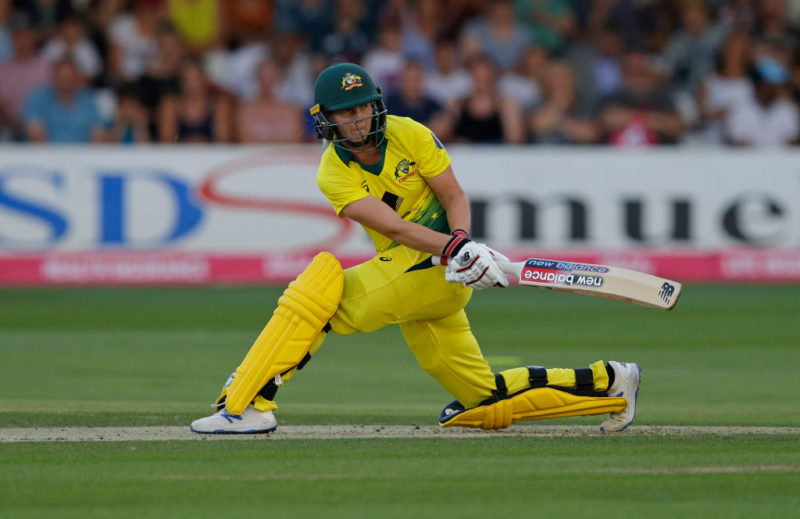 “It was one of my slower hundreds, but that’s what the conditions required, and to be able to bat with Midge [Healy], who was going along a bit quicker, took the pressure off a bit.”

It was a historic feat for Lanning, who became the fastest cricketer – male or female – to 13 centuries in the format. She got to the milestone in 76 innings, seven fewer than South Africa’s Hashim Amla, who held the record previously.

“I was able to absorb some pressure and then attack when I needed to,” she said. “So it was a pleasing effort in some hot conditions. I was certainly struggling towards the back end there.

“It never felt like you were in, but Midge and I spoke about working through the tough periods.

Healy, Lanning’s partner, notched up a 105-ball 122, hitting 12 fours and two sixes. It was her second ton in ODI cricket.

“It was very hot, very different coming from the UK to over here,” she said. “I enjoyed it, I sweated out a few of the beers I’ve had over the last month and a bit celebrating the Ashes [win]. It was nice to get out there and run around.”

The second ODI between West Indies and Australia will be played in Antigua on Sunday, September 8.