Down under, the new season is just getting going. Over the next few months, Sam Perry of The Grade Cricketer will be reporting from Australia’s fabled fields of misery.

It’s October in Australia. The goalposts have come down, the winter codes have ceased and there’s no valid reason to wear skins under training shorts anymore. Thousands of men unzip their cricket kits to reunite with their dried sweat-laden gear, and take to sun-drenched suburban outposts to participate in the macho performance art they call Australian club cricket. They do so to chase cricketing dreams comfortably beyond them, or, perhaps more accurately, to avoid family and other healthy social rituals on offer, like barbeques and time at the beach.

But before the first Kookaburra is bowled in anger (that term is used advisedly), players must wade through the murky underworld of pre-season, where any strategic misstep is fatal to achieving one’s selection dreams. Because of this, the vast majority commence their pre-season a number of months before they actually need to, coerced by club officials with nebulous titles to exhibit their commitment in exchange for said dreams. 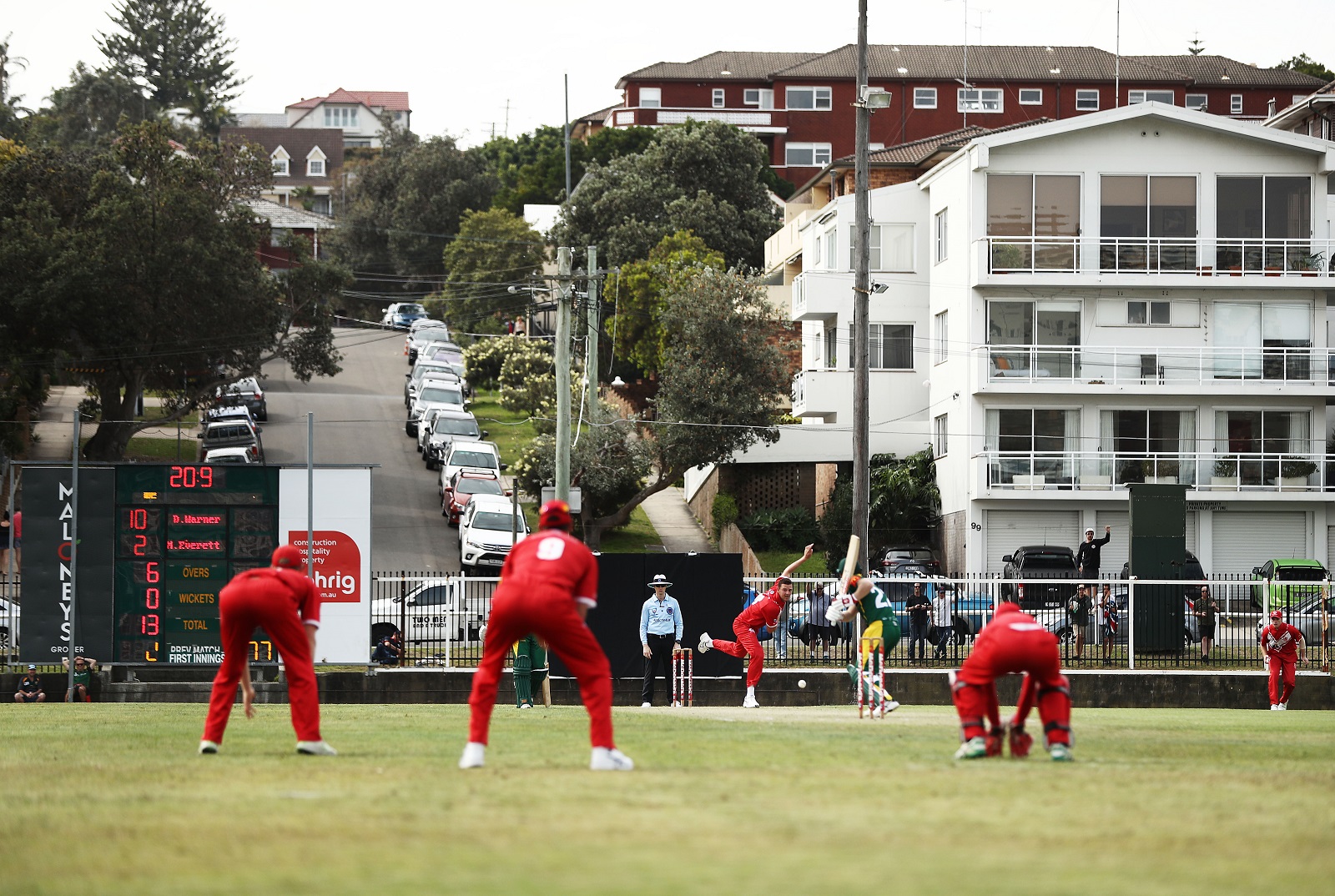 What these players miss, however, is the fast track to rising up the grades. They need not submit themselves to bi-weekly indoor net sessions, questionable cross-training classes or soul-destroying fielding practice on bumpy football grounds in winter to earn the partiality of selectors.

All they need is a season in England: that mythical land of bulk runs, wickets, catches and actual games of cricket.

Those who stay at home watch ruefully as these winter cricket charlatans return to their clubs in the Australian summer, waltzing straight into their desired grade. That policy of ‘no pre-season, no selection?’ As with so many club cricket policies, there’s secret circumvention on offer. In this case, it’s a season in England. 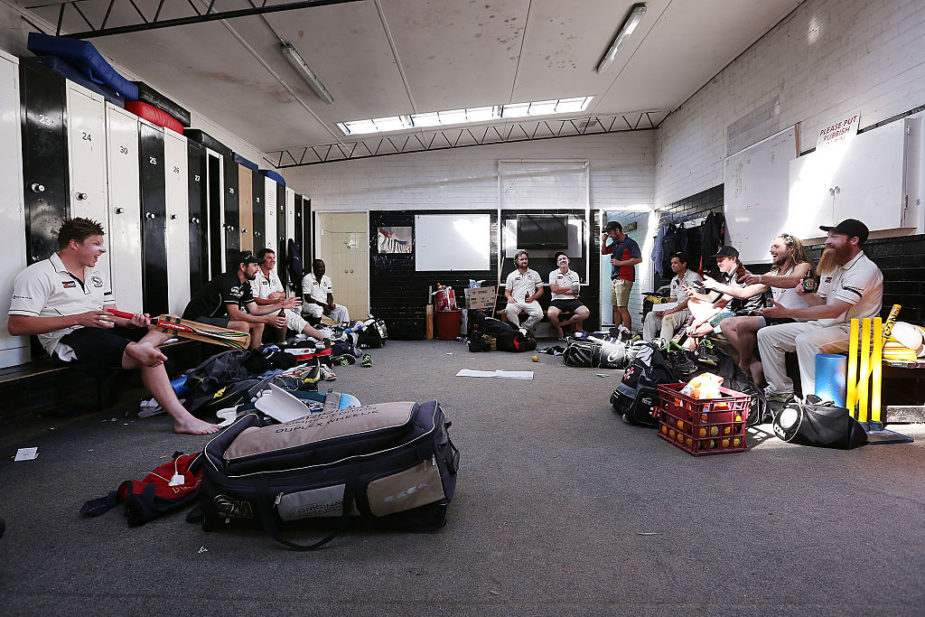 Later, many will discover that a season in England actually means consuming multiple pints in the pleasant dappled light of an English summer’s night between Tuesday and Friday, failing on Saturday against decent opposition, before hitting ‘sixty-odd’ in a village game on Sunday against a church congregation of truly gentle, elderly men.

Of course, news of that 60-odd will reach home at record speed, just like all the feats managed on Sunday in the villages of England, with outfields only slightly larger than a backyard in Melbourne’s western suburbs.

And so with the English season complete, the player returns to Australia, arriving at training mere days before round one. He is selected in a grade or two above his station via a WhatsApp exchange with the chairman of selectors – a nondescript white man who’s had a successful career in textiles, or something no one at the club understands. This man has received five messages throughout the summer, each regaling him with news of another fifty or fivefa*, context-free.

This is because, conveniently, context doesn’t really matter in Australian cricket: only numbers do. Our hero swaggers back into training, his arrival a novelty for the existing pre-season group, who are already bored of the teammates they’ve endured hill sprints with for the best part of three months. He tells people he hit “a-thousand-runs-at-40-at-a-pound-a-run”, even though it was 800 runs in 32 games at 25. It is precisely three standard deviations above anything he’s achieved at home, but nobody questions it. He also mentions that the standard “actually isn’t that bad”, a point he makes to counter Australian cricketing exceptionalism, which still somehow exists even though England has bested them at international level more often than not for well over a decade.

As he rides the boundary in the second innings, the sun beating down at 30-plus degrees, he thinks: “Maybe I should have done that cardio”

He brings with him an assortment of strange looking kit. The stickers on his bat are unrecognisable to the average antipodean, a classic cricketer’s ploy to signify worldliness. Club-issued shorts will be replaced by his English club’s shorts, partly because it is universally understood that English cricket kit is aesthetically superior to Australian kit and also because he is now 8kg heavier than he was when he left, and these are the only shorts that fit him.

To cap off the image makeover, he subtly inserts a range of new linguistic idiosyncrasies, such as greeting people with a casual ‘y’alright?’, accompanied with a South London cadence for full effect.

Related Story: Warne, Moody and Gillespie explain why the standard of Sheffield Shield cricket is falling
Soon after he walks to the wicket, he’ll pop one up to gully; his casual forward press developed on tame UK wickets rudely interrupted by one that rears and takes the splice. And as he rides the boundary in the second innings, the sun beating down at 30-plus degrees, he thinks: “Maybe I should have done that cardio”.

But then he’ll think of the dappled light, and the pints, and the fifties against old men, and he’ll draft his email to his club secretary that evening, requesting another year in the UK. “How’s a pound a run?”

The language of grade cricket: Part 1

Alpha (n): 1. The dominant male among a specific group of males, often the strongest and most physically intimidating. ‘Nuggsy’s an alpha dog’. 2. (v) To employ aggressive masculinity in one’s body/voice in order to dominate someone else. ‘Their skipper alpha’d me at the coin toss.’

Champ (n): Slang for friend. Often used pejoratively when looking to subvert a lesser player. ‘Yeah good one, champ.’ Champed (v): The act of calling one ‘champ’. ‘Dazza champed me at training the other day.’

Rig (n): Another term for one’s body, applicable to both males