Next in our series celebrating legends of club cricket, Scott Oliver profiles a Birmingham League run-machine who loved nothing better than taking on the quicks, however lofty their reputation.

If the record of its clubs in the National Knockout is any yardstick, the Birmingham League was far and away the strongest in the country between 1983 and ’96, when it provided seven winners and four runners-up. And the Birmingham League’s strongest batsman over those years – at least in the opinion of Dave Houghton, the ex-Zimbabwe skipper who spent three years at West Bromwich Dartmouth – was Steve Dean, a schoolmaster at Denstone College in the Staffordshire Moorlands.

Surely the only Minor Counties incident to feature on Question of Sport’s ‘What Happened Next?’

Enticed to Walsall by his Minor County captain in 1988, the stocky and pugnacious opener spent 12 seasons laying siege to very good club bowlers and even better professionals, merciless on anything short and frequently punching perfectly respectable length balls for four. No one came close to the 9,433 league runs Dean scored over those dozen campaigns – a major contribution to four Walsall league titles – while he also helped defeat Chorley in the 1996 National Knockout final at Lord’s.

It was a ground that had given him fond memories. In the 1991 Minor Counties Knockout final he fell one run short of a century before lunch against Wiltshire, a straight drive deflecting off his leaping partner’s boot to mid-off (surely the only Minor Counties incident to feature on Question of Sport’s ‘What Happened Next?’ slot). 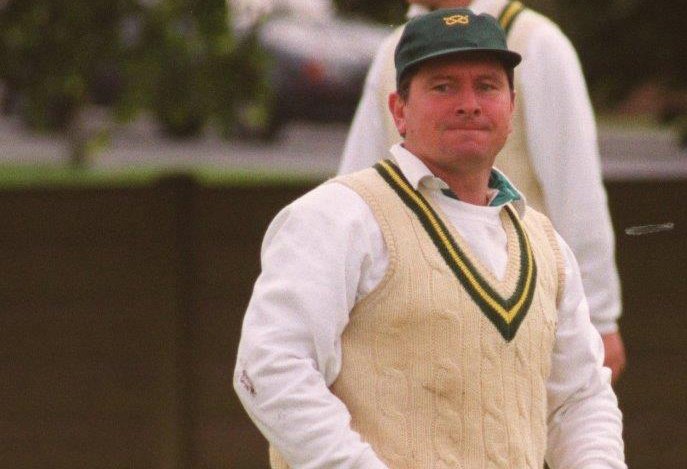 Steve Dean (photo by The Sentinel)

Dean was a regular thorn in Minor Counties attacks. While David Lloyd was at Cumberland, he was overheard in the bar dissecting the day’s play: “We had ’em 50-4 then this little fat bastard smashed a hundred”. It led Dean to monogram his pads with LFB.

He also frequently excelled for the Minor Counties XI in Benson and Hedges Cup pool games and against whichever tourists were visiting, playing against all the Test nations bar England in the 1990s. A blazing 90-odd against the 1995 West Indians at Reading saw them to a famous win, while a 48-ball 80 for England Amateurs against a Pakistan side featuring Waqar Younis in 1992 was typically brutal.

He charged Curtly Ambrose in his first over, aggrieved he was bowling half-cocked in several sweaters

The usual limitations for good club batsmen stepping up to a higher level – namely a weakness against short, fast bowling – didn’t apply with Dean. He positively relished the challenge. Playing against Northants in the NatWest Trophy, he charged Curtly Ambrose in his first over, aggrieved he was bowling half-cocked in several sweaters and denying him the real-deal experience. It worked. Curtly was soon off the full run, although his teammates were somewhat less thrilled about it. 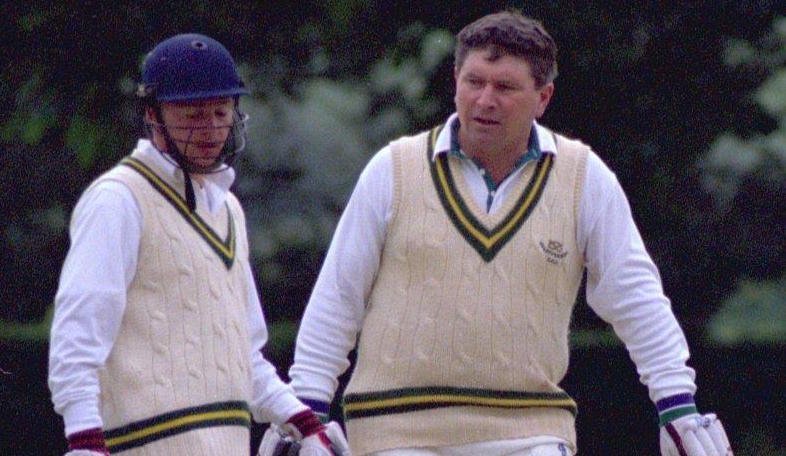 Club legend Steve Dean in action (photo by The Sentinel)

He played one Sunday League game for Warwickshire in 1993, two weeks after his season had finished (he jokes the deal was scuppered by the signing of one BC Lara), but the uncertainties of professional cricket failed to tempt him from a good job that afforded ample opportunity to pit his wits against the crème de la crème of a great era of pacemen. The most awkward were Sylvester Clarke and Patrick Patterson, the latter once bowling him an 18-ball over at Darlington. “I told the umpire, ‘If he oversteps again, for God’s sake don’t call it!’”

Dean’s dozen seasons at Walsall featured 22 league centuries, with a club record 180 against Wolverhampton in 1991 and three in a row in 1997.

Read the first profile of this series here: