England’s most reliable 50-over seamer unpicks the challenges of bowling at the start and the finish of a one-day innings.

Part 1: The first over

What are your initial tactics?

As a new-ball bowler you need to try to take wickets, because you know the white ball doesn’t really swing. The only time the ball is likely to do anything at all is during that first over. So the most important thing with the new ball is assessing the conditions. It’s like the first morning of a Test match, you need to figure out what length is best to bowl, and what length is going to be the hardest to hit.

What are you looking for from your very first delivery?

First ball, you’re going to see if the ball swings, if that new ball swings at all. So you want to be quite full of length. You might be encouraged by a little bit of swing from your first couple of balls, which will give you potentially six balls of swing, but then it will stop.

The most important thing with the new ball is assessing the conditions. You need to figure out what length is going to be the hardest to hit

When the swing stops, what next?

When do you bring in ‘cross-seam’ deliveries and other variations?

Once that swing is completely gone. So by your second over you’ll be trying cutters, slower balls and cross-seam deliveries. You’re trying to assess things as fast as possible. If you don’t try one until your fourth or fifth over, you’ve effectively lost that chance to bowl some effective deliveries. So you have to try them sooner rather than later.

Still lost for words… not sure it will ever sink in! Thanks to everyone for messages of support before, during and after this amazing journey with the best bunch of lads! So so proud of this TEAM!
England – World Cup Champions! 🏆 pic.twitter.com/v6S4Wby4gL

Do you have a preferred slower ball at this stage?

The conventional off-cutter is probably my go-to option at the top of the order. I run my fingers down the right side of the ball and it pitches and turns like a conventional off-break. That’s the theory at least! 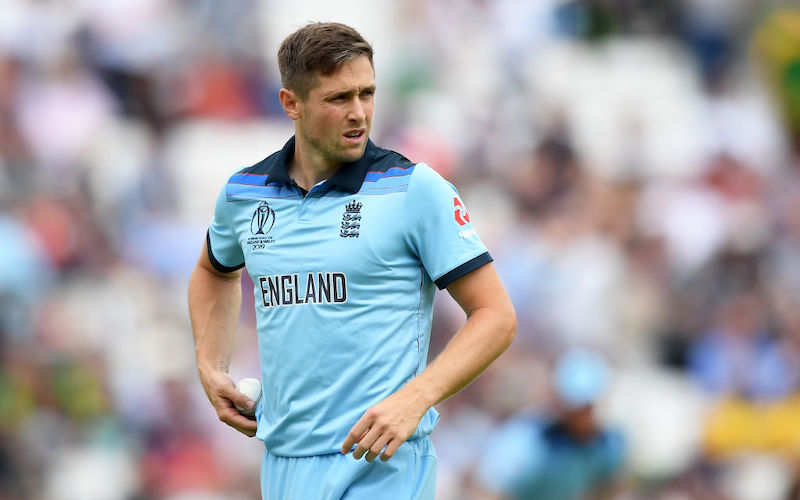 In Focus: Anticipating the batsman’s movements

You must land it right, or it’s off!

Are you now looking to bowl six different deliveries per over?

It’s dependent on the batsman. If he’s facing his first ball, my first delivery will probably be to hammer a length or hit him in the box, giving him no room to free his arms. I will bring the field in and try and get a few dots on him while he’s still new to the crease. If it’s someone like Chris Gayle and he’s 130* and I’m bowling in the 45th over, I’m going to look to second-guess him and bowl a different delivery every time.

Which slower balls do you favour at the death?

I’ve got a newish one which is kind of just seam-up but I hold it back, I don’t bend and cock my wrist. I got a wicket in the last West Indies ODI [in March] with it, I got Shai Hope out bowled. The secret to bowling it is to keep your wrist cocked. Normally you’d flick your wrist when you bowl your normal delivery, but in this instance you just keep it locked in place and don’t flick it.

“The argument that cricket was as visible as it could have been is over, for ever. Yesterday was what sport is all about. It turns out that having lots of money is only part of it.”

And the one out of the back of the hand?

I probably only bowl it right at the death, because of the fact that you’re trying to deceive the batsman and get it to dip in the air a little bit. But still, whatever slower ball you’re bowling, the most crucial thing is your length. You must land it right, or it’s off! 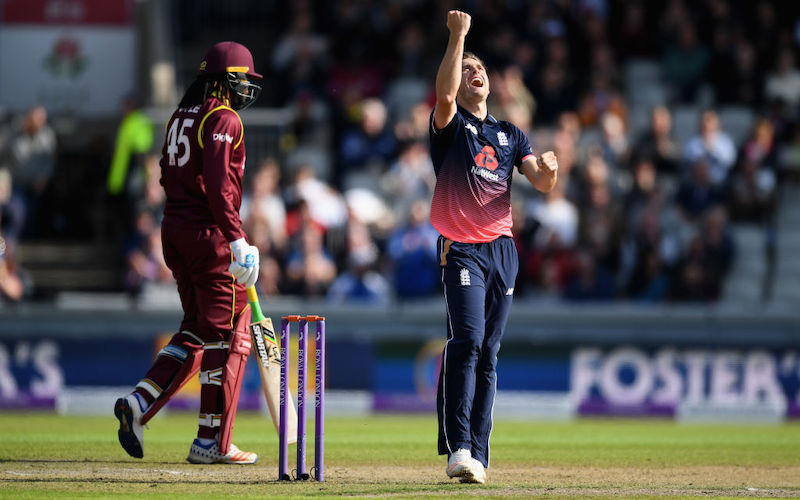 Woakes was talking as part of NatWest CricketForce, a summer programme making it easier for everyone to play, experience and follow cricket. Join the conversation by following @NatWest_Cricket and #NoBoundaries on Twitter, Facebook and Instagram.