Good news for batsmen? Maybe not…

It was the cricket fan’s dream question in a pub quiz. How many modes of dismissal are there? And, for a bonus point, name them…

But you’ll need to brush up on the latest version of the Laws of Cricket if you and your mates are to come away with the bar tab next time.

Updates to the laws made by the MCC have scrapped the rarely used ‘handled the ball’ law, bringing the total number of official modes of dismissal down from 10 to nine. Michael Vaughan, pictured above, was the last batsmen to be dismissed ‘handled the ball’ in Test cricket, against India at Bangalore in 2001.

The stipulations around handling the ball (“a batsman can be given out for handling the ball if, while playing a delivery, the batsman intentionally touches the ball with one or both of their hands not holding the bat”) have been moved to fall within the ‘obstructing the field’ law as part of an ongoing rationalisation of the game’s guidelines. In essence, the same rule applies.

There were more meaningful changes elsewhere, though. In the first update to the Laws of the game since 2000, other alterations included the introduction of in-match consequences for poor conduct (the equivalent of red and yellow cards) and restrictions on bat depth and edge thickness. It is also now easier for a bowler to run out – or ‘Mankad’ – the non-striking batsman seeking to leave their crease early. 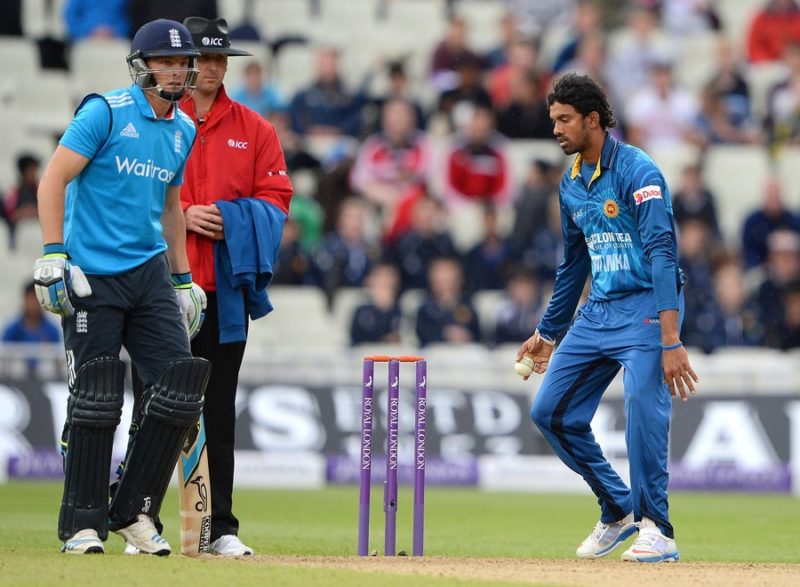 Under the previous rule bowlers could attempt a run out only before entering their delivery stride. Now, bowlers at all levels will be able to run-out the non-striker up to the instant at which they “would be expected to deliver the ball”.

The MCC have changed the wording of the Mankad rule from “Bowler attempting to run out non-striker before delivery” to “Non-striker leaving their ground early” in a bid to put the “onus on the non-striker to remain in their ground”.

Related Story: Buttler Mankad ‘could have been ruled out or not out’ – MCC

“It is often the bowler who is criticised for attempting such a run out but it is the batsman who is attempting to gain an advantage,” the MCC explained.

“The message to the non-striker is very clear – if you do not want to risk being run out, stay within your ground until the bowler has released the ball.”

Separate from the ICC’s ‘Playing Conditions’, the Laws apply to all levels of cricket. So watch out next season.