Former England and Middlesex wicketkeeper John Murray died on July 24, 2018. This tribute is paid to him in the Wisden Almanack 2019.

MURRAY, JOHN THOMAS, MBE, died on July 24, aged 83. It was at Edgbaston in 1961, in his first Test, that John Murray realised what sort of wicketkeeper he wanted to be. Observing Australia’s Wally Grout at close quarters, he was riveted. “Godfrey Evans was unique – he used to jump around everywhere – but Wally Grout was the man I looked up to. He was always stylish in the way he took the ball, and always perfectly balanced. He was never tumbling around. I decided that’s the way I wanted to do it.”

Murray – known as JT – became the supreme wicketkeeping stylist, but he did not lack substance. In a career spanning 24 seasons and 635 first-class matches, he made 1,527 dismissals, behind only Bob Taylor’s 1,649. Relaxed, graceful and immaculately turned out, he took the ball with reassuring calm, fingers pointing down, hands relaxed.

“He could not do anything clumsily,” said his friend and Middlesex team-mate Peter Parfitt. Murray had a pre-delivery routine: a touch of the cap, and a half-circle described with each hand, an action he repeated before crouching. He was agile, but only when he had to be, and did not believe in wasting time chasing wayward throws. With off-spinner Fred Titmus he formed a prolific double act. “JT and Fred had a telepathic relationship,” said Parfitt. “But there was no doubt John was the senior partner.”

Injuries, and competition from Jim Parks and Alan Knott at either end of his career, restricted Murray to 21 Test appearances, though the selectors also felt he did not score enough runs. But in the Fifth Test against West Indies at The Oval in 1966, with England in trouble in Brian Close’s first match as captain, Murray put on 217 for the eighth wicket with Tom Graveney, looking “every bit as good” as him, according to Wisden. 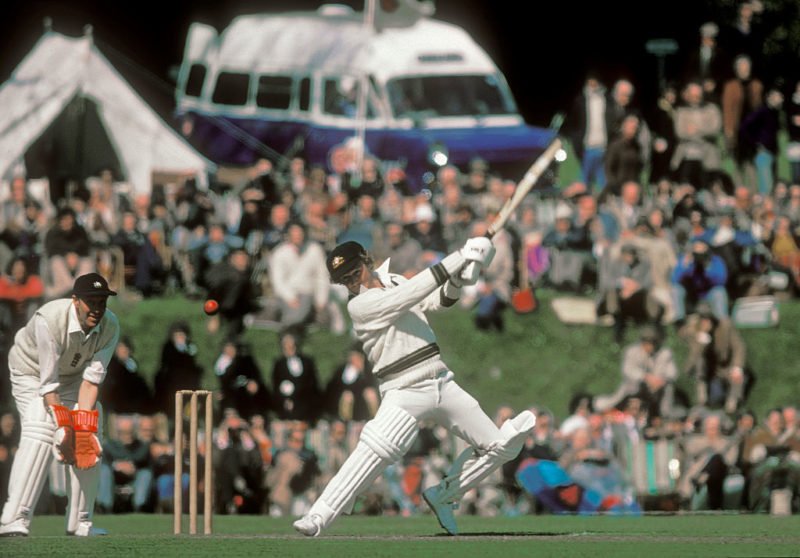 Murray batted almost four and a half hours for 112, becoming the second No. 9, after Gubby Allen, to make a Test hundred for England. It was the second time that summer – having played for MCC against the tourists at Lord’s – he had taken a century off Hall, Griffith, Sobers and Gibbs. “He was one of the rare people I have seen who could make the hooking of a fast bouncer truly elegant,” wrote Tony Lewis. Murray was named a Wisden Cricketer of the Year in 1967.

He was born in North Kensington, the son of a council worker. There were no sports facilities at his school, but a local boys’ club, sponsored by Rugby School, gave him a route into cricket, football and boxing. He came to the attention of Arsenal, signing as an amateur, and Middlesex, who offered him a place on the staff at 14. To his dismay, the school-leaving age was raised, and he had to wait a year. He was a batsman who bowled, until the regular wicketkeeper broke a finger, and Murray took over. He had little coaching – and proved a natural.

One morning in 1953, his father was dumbstruck to open the door to Tommy Lawton, the great England centre-forward who was then player–manager of Brentford. John was offered professional terms, but opted for cricket. He had made his debut in May 1952, aged 17, at Grace Road, replacing the injured Leslie Compton – and dropped Maurice Tompkin, who went on to a hundred. His first victim was Gerald Smithson, caught off Jack Young. But Murray’s progress was held up by national service, and he had to wait until 1956 to become Compton’s permanent successor. 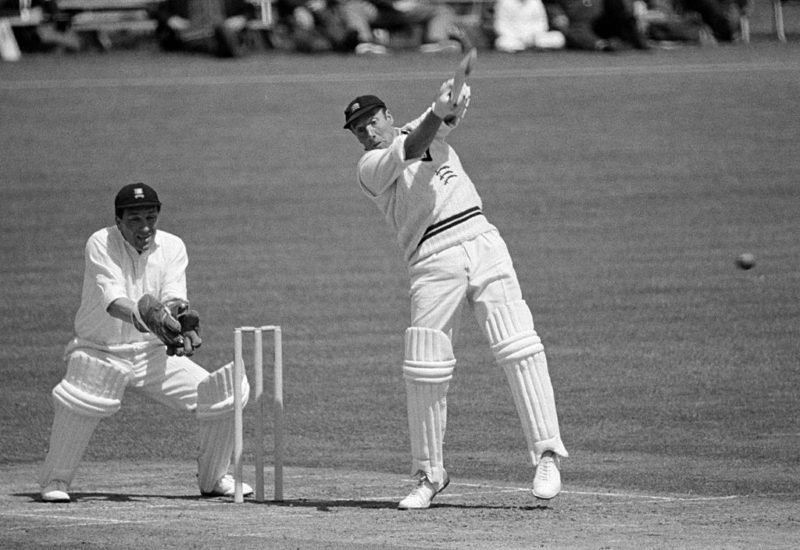 Murray hits out for Middlesex

Despite a team of stellar names, Middlesex were usually also-rans in the Championship. “Until Bill [Edrich] and Denis [Compton] finished in about ’58, we never set out to win a Championship,” Murray told the writer John Stern. He would never win a trophy – a lasting regret – and Middlesex lost both one-day finals in his farewell season. “Titmus always blamed me,” Murray recalled. “I came here in 1950, and Middlesex had won the Championship in 1949. I left in 1975, and then we won it again in 1976.”

Parks and Roy Swetman were given chances to become Godfrey Evans’s permanent replacement in the Test side, but in the Ashes summer of 1961 Murray played in all five matches. It was his only full major series. He had to fly home from India the following winter for an operation on varicose veins, and did not regain his place, from Geoff Millman, until the middle of 1962.

Alan Smith was his rival in Australia in 1962-63, playing in the first two Tests before Murray returned at Sydney. But in completing a brilliant leg-side catch to dismiss Bill Lawry off Len Coldwell, he injured his shoulder.

With England facing defeat, he batted one-handed and, having taken 74 minutes to get off the mark, survived 100 balls in total while making an unbeaten three – in vain. But he did not play again until the First Test of the subsequent series in New Zealand. By 1967, the emergence of Knott signalled the end of Murray’s international career; he equalled the then Test record of six dismissals in an innings, against India, but finished with a pair against Pakistan at Lord’s.

And yet, as a batsman he was good enough to score 1,000 runs in a season six times, and 16 hundreds. “People have said he had a laissez-faire approach to batting, but there were plenty of times he dug us out of trouble,” said Parfitt. In 1957, he completed a double matched only by Les Ames: 1,000 runs and 100 dismissals. He also opened on occasions (including in a Test in South Africa in 1964-65), but felt that pressure to score runs would undermine his main role. He served as Middlesex vice-captain under Titmus and Parfitt; when he took charge, he was a bold, attacking leader. 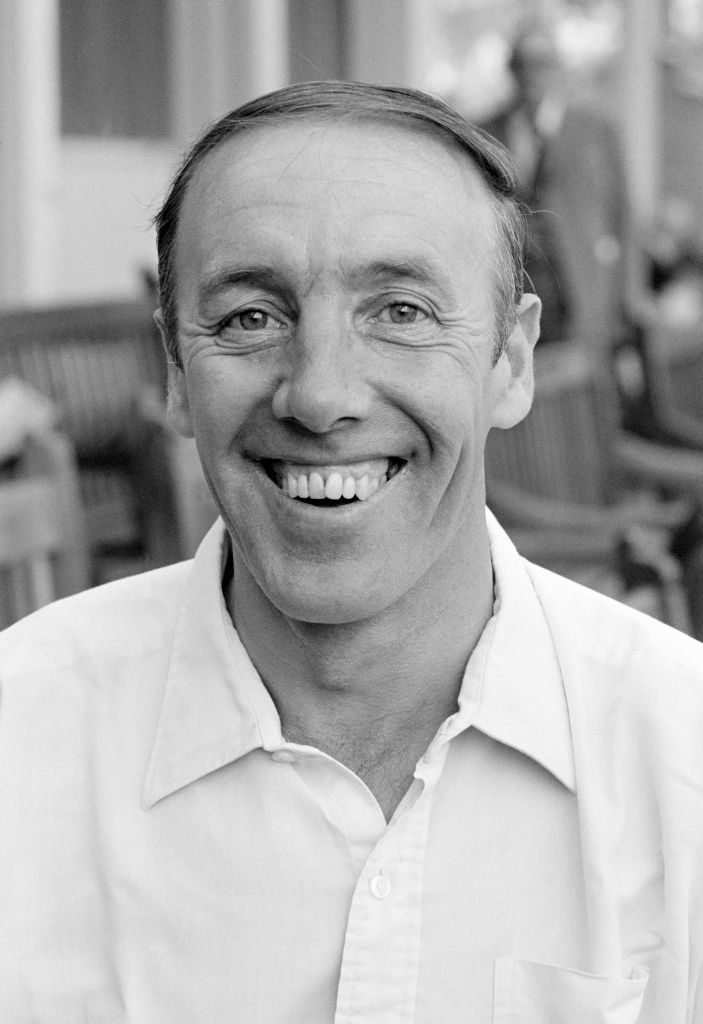 Murray was 40 when he retired at the end of the 1975 season. “He had strong views,” said Mike Brearley. “He thought cricket should be played attractively, and the umpire’s decision respected. He had a London spontaneity about him. He was charming, genial, interesting and lively.”

Murray had already begun his new career, selling squash courts for a company run by the cricket promoter Derrick Robins; later, he worked for Slazenger. He was an England selector, but resigned when Roger Tolchard’s batting earned him a place as Bob Taylor’s deputy on the 1978-79 Ashes tour. Murray believed in choosing the best wicketkeeper.

He had marvellous recall, and was a regular port of call for writers and cricket historians. He had been collaborating on a biography with the author Christopher Sandford. On the day he died, Murray was at Lord’s watching Middlesex secure a narrow Championship victory over Warwickshire. He rang his wife to say he had enjoyed the day, and was heading home when he collapsed by the Harris Garden behind the Pavilion.

In 1975, he passed Bert Strudwick’s record, set in 1927, for the most first-class dismissals. Even at the time, there was confusion about the record; Wisden 1976 firmly stated that it was broken in the next match, at Southampton, and on the basis of later corrections to the figures it was at Old Trafford. Murray thought it had happened on the first day of the Championship game against Surrey, on May 31, when – apparently needing three – he took smart catches to remove Geoff Howarth and Younis Ahmed, then a more regulation edge from Dudley Owen-Thomas, all off Tim Lamb.

Titmus, who had given one of the umpires a camera at the start of play, recorded the celebrations. Murray remembered: “Dudley Owen-Thomas of KCS Wimbledon and Cambridge University, bowled by the Honourable Timothy Lamb of Shrewsbury School and Oxford University, caught by John Murray of St John’s Church of England School, Notting Hill. And Titmus always asked: ‘Who’s the odd man out?’”

If you wish to read the editor’s notes in full, the 2019 Wisden Cricketers’ Almanack is available to buy here. The most famous sports book in the world has been published every year since 1864.