After being unveiled as Wisden’s Leading Cricketer in the World for 2018 on April 10, as well as one of Wisden’s Five Cricketers of the Year, the Almanack summarises Indian icon Virat Kohli’s stupendous year as batsman and captain.

The image of Virat Kohli celebrating another hundred – chest out, teeth bared, a vision of furious fulfilment – was already one of the international game’s staples. But in 2018 a familiar pose assumed even greater significance. Faced with Test series in South Africa, England and Australia – so often graveyards for Indian batsmen – Kohli rose to each challenge as if he had a score to settle.

India’s results were mixed, but his batting was supreme. Including a home series against West Indies, he scored five Test hundreds, totalling 1,322 runs, nearly 300 more than anyone else. For an unprecedented third successive year, he was Wisden’s leading international cricketer in the world. 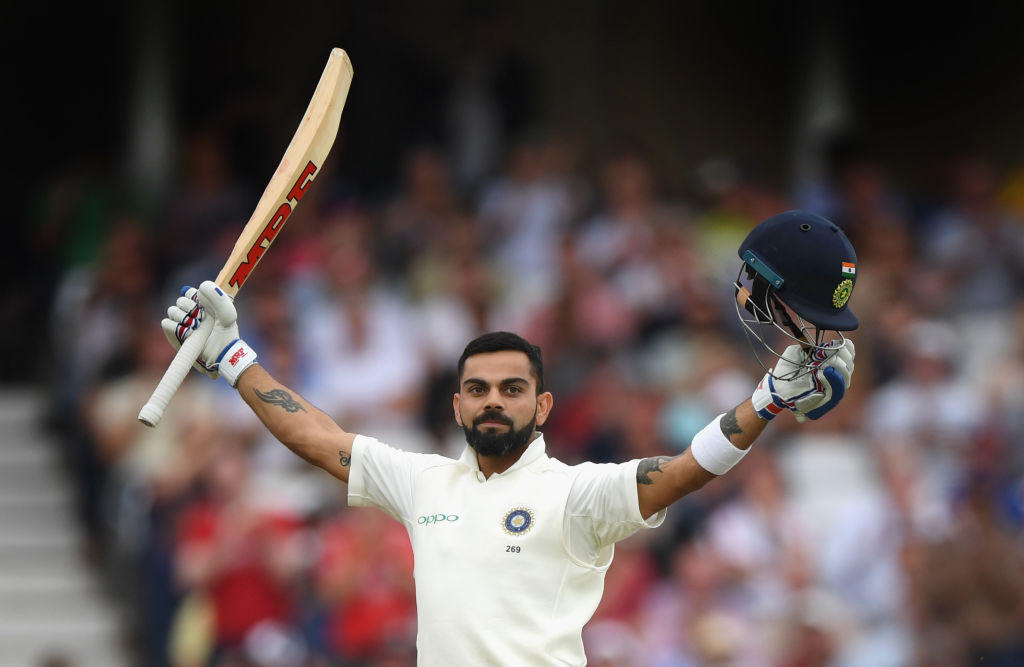 Hundreds at Centurion in January and at Perth in December underlined his growing comfort in South African and Australian conditions. But the real breakthrough – the only one he still needed to make – came in England. There, he put his 2014 nightmare behind him, averaging 59 and taking India to within touching distance of victories at Edgbaston and Southampton in a series they lost, unflatteringly, 4–1. Time and again, his was the pivotal wicket, yet the pressure never cowed him; if anything, it drove him on.

In Australia, he was able to marry personal and team success. While his 123 at Perth came in defeat, a patient 82 at Melbourne helped his side to a 2–1 lead. At Sydney, where rain robbed India, they completed the first series win in Australia by an Asian team. Kohli said it was the greatest moment of his career. 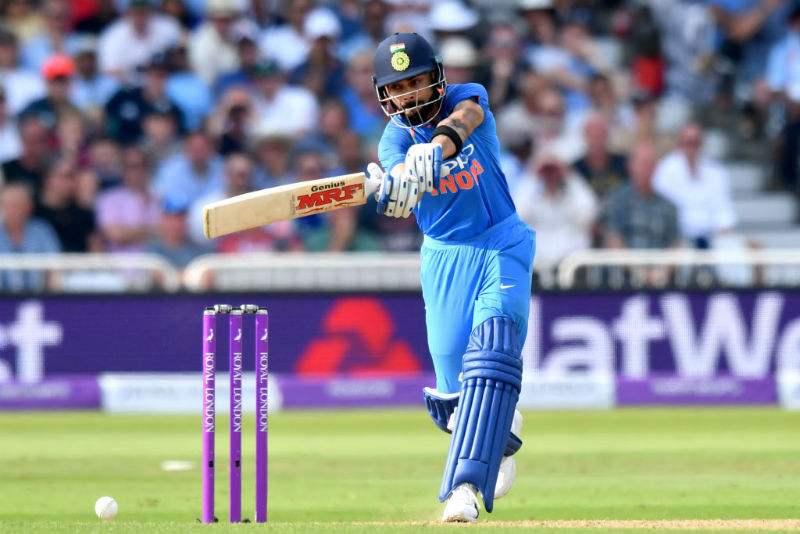 It almost went without saying that his one-day batting was in a class of its own. In 14 ODI innings, he racked up 1,202 runs and six hundreds – three in a row against West Indies – averaged 133 and had a strike-rate of 102. Forget Bradman: this was Superman. Only in Twenty20 internationals did he fail to stand out. But his tally of 2,735 across the formats was, as in 2017, more than 700 clear of second-placed Joe Root.

Not everyone warmed to Kohli’s combative demeanour, and his tête-à-tête with Australian captain Tim Paine occasionally threatened to distract from the cricket. But, over the top or not, his passion for the Test game was not to be sniffed at. And when a video of him batting in the Adelaide nets was viewed, within hours, over a million times on Twitter, it confirmed modern-day truth: when Kohli is batting, you daren’t look away.