Dinesh Chandimal has to attend a hearing with Javagal Srinath, the match referee, to defend himself after pleading ‘not guilty’ to a charge of trying to alter the condition of the ball during the second Test against West Indies.

Chandimal was charged by on-field umpires Aleem Dar and Ian Gould, and third umpire Richard Kettleborough, with changing the condition of the ball after play on Saturday’s third day.

The official charge – levelled by the umpires after viewing footage from the second day of the match – is breaching Level 2.2.9 of the ICC Code of Conduct, but Chandimal hasn’t accepted it, and that has necessitated the hearing with Srinath.

Sri Lanka captain Dinesh Chandimal has pleaded not guilty to attempting to change the condition of the ball during the St.Lucia Test. Hearing to follow after completion of the match. #WIvSL
FULL DETAILS ➡️ https://t.co/2j6AKOPDAq pic.twitter.com/FV1TyMfCIp

It was on the third day that the episode came to light, when Dar and Gould changed the match ball and awarded five penalty runs to West Indies following concerns about the condition of the ball in the last session on the second day. This did not go down well with the Sri Lankans, and they refused to take the field, raising fears of a forfeited Test match.

Animated discussions between Chandimal, Sri Lanka coach Chandika Hathurusingha and manager Asanka Gurusinha ensued even as the umpires and the West Indies players waited in the middle.

When the Sri Lankan players did finally come out around 80 minutes after the scheduled start of play, Devon Smith and Shai Hope, according to Law 41.3 of the ICC, were allowed to choose the new ball. The hosts were also awarded five penalty runs. 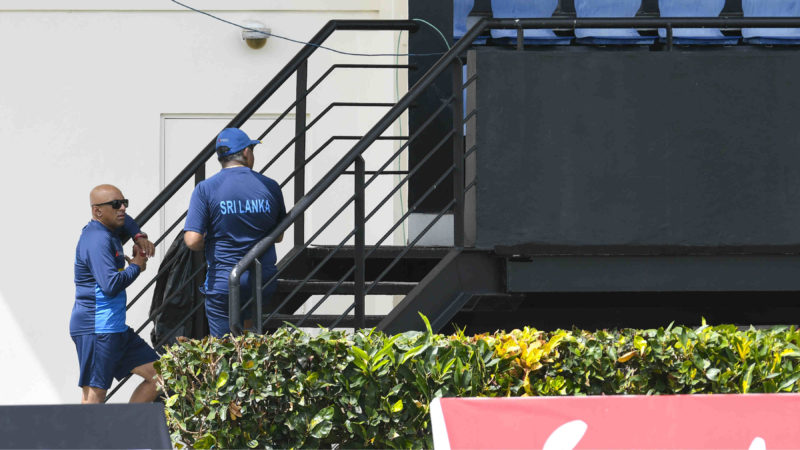 The Sri Lankans have pleaded their innocence, denying any wrongdoing

This upset the Sri Lankans further, and they made their way off the field. It took another 40-odd minutes to finally get the game started.

“The team management has informed us that Sri Lankan players have not engaged in any wrongdoing,” said a statement from Sri Lanka Cricket soon after, but the ICC has since taken action after looking at the evidence.

In a statement, the ICC explained its decision: “The officials laid the charge after television footage from the final session’s play on Friday appeared to show the Sri Lanka captain taking sweets out from his left pocket and putting these in his mouth, before applying the artificial substance to the ball which the umpires viewed as an attempt to change its condition. 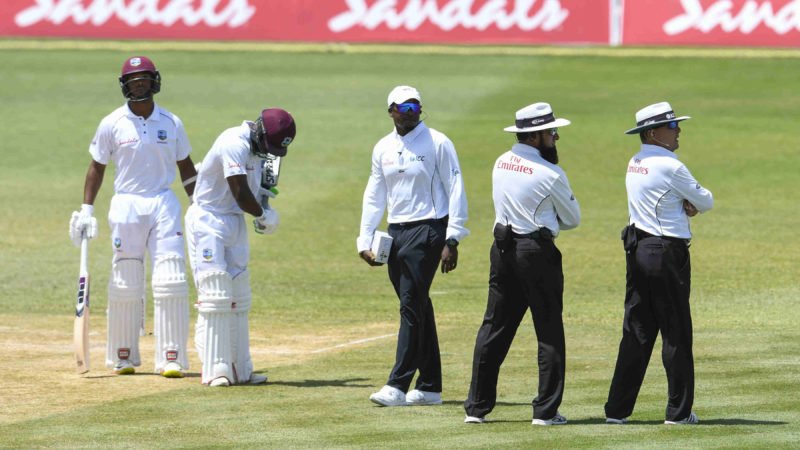 “Video evidence will be used in the hearing, which will also be attended by the match officials as well as members of the Sri Lanka team management.”

Since it’s a Level 2 charge, if found guilty, Chandimal will have to cough up a fine of 50-100 per cent of his match fee and/or earn up to two suspension points and three or four demerit points.

Coming as soon it has after the Cape Town incident, which led to bans on Steve Smith, David Warner and Cameron Bancroft and widespread changes in Australian cricket, the saga has become a matter of debate. 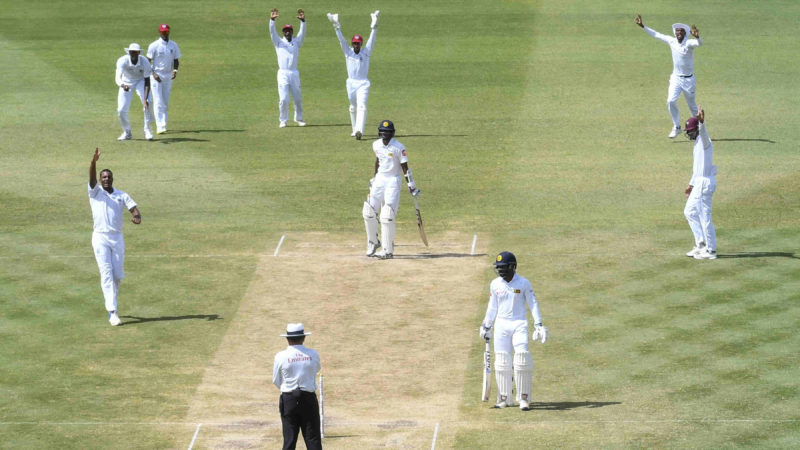 The Test match is intriguingly poised, with a fascinating final day in the offing

“I absolutely think umpires should be very strict on ball tampering. You saw what happened with Australia, they should have had harder sanctions years ago, it might not have led to sandpaper. But at the same time everyone needs to have perspective,” said Kumar Sangakkara in a TV interview.

“Give a fair hearing, see what everyone has to see and then make a very objective position to what’s happened and if it merits the sanctions they’ve already imposed or if any further action needs to be taken.”

The match itself, meanwhile, is fascinatingly poised. Down 1-0 in the three-Test series, Sri Lanka have taken a 287-run lead with two second-innings wickets left with one day left to play.