What were the best T20I innings of 2019? A collection of Wisden writers looked back at the matches to choose the year’s top knocks.

More than 300 men’s T20Is were played in 2019 and with two T20 World Cups coming up in consecutive years in 2020 (Australia) and 2021 (India), performances in T20 cricket took on greater significance as teams began to hone in on their best personnel and strategies for the format.

The last few years saw ODI batting taken up to a whole different level – a style that culminated in a World Cup win for its best exponents, England. The next frontier is T20I batting. The best batsmen in the format have always dazzled with their power and six-hitting, but the innovation that continues to happen year-on-year, and the new levels of audacity showcased reached new standards in 2019. Presumptions of what a good target is and what an improbable chase is continue to be challenged.

As far as strike-rates go, this one, at 134.00 wasn’t spectacular. At a time when records can tumble like nine pins, this knock did little to disturb the big ones. What it did was seal a fighting Oman’s path to the T20 World Cup 2020 in Australia.

The rest of the batting had collapsed around him: nobody else in the top seven got to double-figures. He himself was to blame for two run-outs. But opener Jatinder Singh held firm in the qualifying play-off, seeing through a faltering start to combine with the tail for a match-winning knock. Having got to a run-a-ball 35, he cut loose starting in the 15th over with a series of reverse sweeps and switch-hits. Along with Naseem Khushi, he added 50 in the last three overs. From 42-6, Oman posted 134-7, ultimately winning by 12 runs.

Jatinder Singh in the 18th over of the match:

Is the momentum back with Oman? pic.twitter.com/Q79zFyQsNa

England’s second men’s T20I hundred came five years after their first. Dawid Malan added 182 with skipper Eoin Morgan for the fourth wicket, the highest partnership for England in the format, and blasted them to 241-3, their highest T20I total. The carnage accelerated in the second half of the innings: 153 runs came in the last 10 overs, 76 of those in the last four.

Malan himself took a while to get going. His first run came off the fifth ball he faced, and he was 24 off 20 at the start of 11th when he decided to take on Mitchell Santner. Fearless against the spinners and powerful over cover, he brought up his half-century off 31 balls; the hundred took only another 17 more, a six over deep midwicket giving him the fastest T20I ton by an Englishman.

It got England a 76-run win, but it wasn’t enough to confirm Malan’s place in the XI. 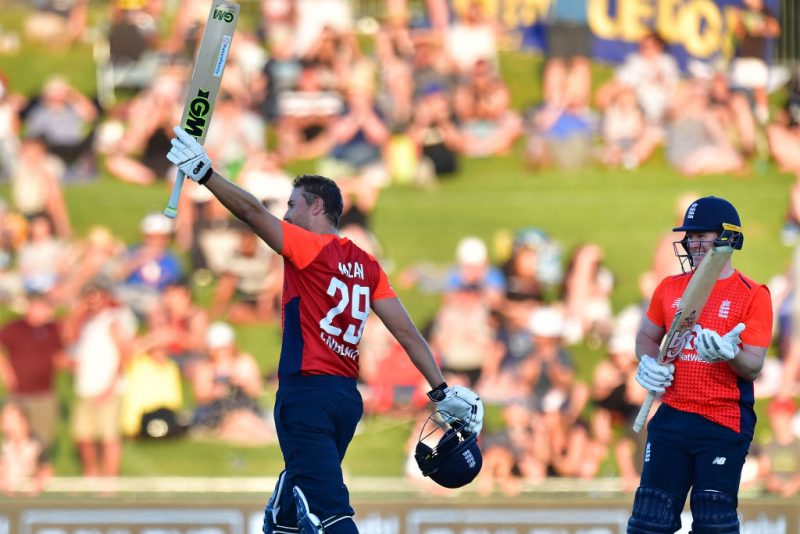 Malan became the second Englishman to make a T20I hundred

There would be no century for Virat Kohli, but his glorious 94* spearheaded the chase of a target of 208 with eight balls remaining. His first 25 balls brought only 26 runs. The next 25 added 68 in an classic display of controlled batting, but all too evident aggression.

The start was scratchy. The India skipper went to swing, and missed, and missed again. He nearly chopped on. The boundaries had no timing. He railed, he stared, he scowled. At himself, the umpires, the bowlers. He initially tried to hit too hard to keep up with the required rate, but it wasn’t his style, and it wasn’t working.

“Kohli’s eyes lit up and with a swift whip of his wrists, he sent the ball soaring over deep midwicket. It was at that exact moment that it became evident the Kohli was going to win this game for India.”https://t.co/4flJD73Y9u

The real turnaround came in the 15th over, bowled by Jason Holder. A shot over long-off into the stands carried him to his fifty, and the next flew past short third man. He treated Kesrick Williams, having struck him for a straight four and smacked a six over long on, to an exaggerated version of the bowler’s past celebration, mimicking writing in a notebook.

The wrists came into play, and he was all class and timing. A final beautiful off-side drive for six sealed the win.

Glenn Maxwell‘s third T20I hundred was a reminder of the supreme short-format batsman he is – and how much more of that he can be. Coming in at 22-2 in a chase of 191 after a Virat Kohli special, he gave Australia a historic first T20I series win over India and injected confidence in the limited-overs side ahead of the 50-over World Cup.

"There was a certain madness to Maxwell’s batting, but behind the towering sixes was a calculative mind picking his options well."https://t.co/ZO3sZWumkp

Variety was the hallmark of the innings. From the time his second ball took a lucky top edge for six over the wicketkeeper’s head, he showcased a combination of power, innovation, smart shot selection around the ground and quick running.

He was particularly punishing of the leg-spin of Yuzvendra Chahal; Maxwell smashed him over backward square-leg and reverse-swept over point for back-to-back sixes in the 17th over. Then, showing no deference to Jasprit Bumrah, he stole a couple of boundaries off him, and imperiously used Siddarth Kaul to near three figures. A scampered single off a Bumrah yorker took him to hundred off 53 balls, before smashing Kaul down the ground and over extra cover to win the match with two balls and seven wickets left.