Trevor Bayliss, the England coach, believes Jason Roy, the opener, is better suited to the middle order as he’d feel “more comfortable” there.

Roy made his Test debut last month after four years as a white-ball specialist for England, during which time he made a name for himself as an enterprising opener in ODIs. However, his foray into Test cricket has had middling returns so far, with only one fifty-plus score, against Ireland, to show for in six innings.

“Personally, I think he probably is suited to the middle order, but we’ve selected him in the top of the order because of his form in the one-day team,” Bayliss told reporters ahead of the third Ashes Test in Headingley.

"Long term he’s more middle order. He’d feel more comfortable there but he’s doing a job for the team at the moment"

His technique against the seaming new ball has been questioned by some quarters, but Bayliss believes the 29-year-old can still turn things around by backing his approach.

“It hasn’t worked yet, but he can easily come out and blast a quick hundred,” said Bayliss. “Long term, he’s more middle order. He’d feel more comfortable there, but he’s doing a job for the team at the moment.”

Rory Burns, Roy’s opening partner, has been in a rich vein of form, and is leading the run charts for England in the Ashes with 226 runs in four innings. Despite that, England have a few batting concerns, with all of Joe Root, Jonny Bairstow and Joe Denly yet to breach the tally of 100 in four innings. Jos Buttler, with a total of 49 runs in two matches, has also been underwhelming. 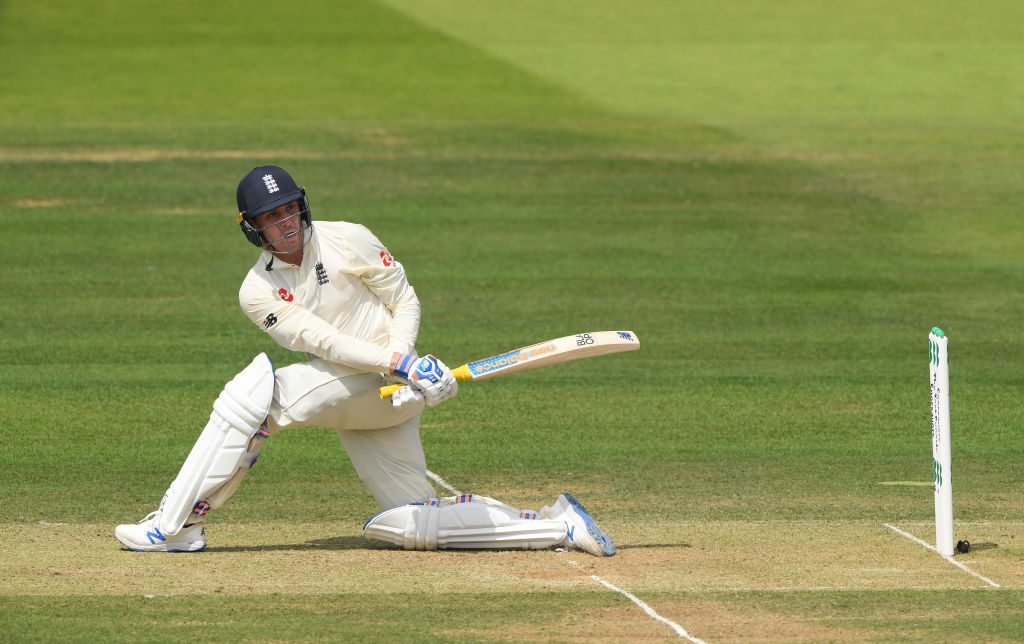 Jason Roy has struggled as a Test opener

The need to strike a balance in the batting line-up is all too evident, and Bayliss is open to the idea of changing the line-up.

“We think we’ve got the best seven batters available to us at the moment,” Bayliss said. “Whether we can change it round and make that any better, I’m not sure. But we’ll certainly have a discussion about it.”

The third Test at Headingley in Leeds will begin on Thursday, August 22.