With pre-season plans curtailed due to the effects of the Covid-19 pandemic, county cricketers have found themselves with time on their hands and energy to spare. Hearteningly, many have used the extra hours to help those in need.

Kent’s Sam Billings and Ireland’s Andy Balbirnie are among those to volunteer their time to help with shopping for those self-isolating, England’s centrally contracted players have volunteered a donation, equivalent to a 20 per cent pay cut, and several grounds have offered up their facilities for NHS use.

Surrey are no different, with the coaches, chairman, and capped players making an effort to check up on their at-risk members – no small task considering director of cricket Alec Stewart reckons Surrey’s 13,000-strong membership is vying with Yorkshire’s for the largest in the country. 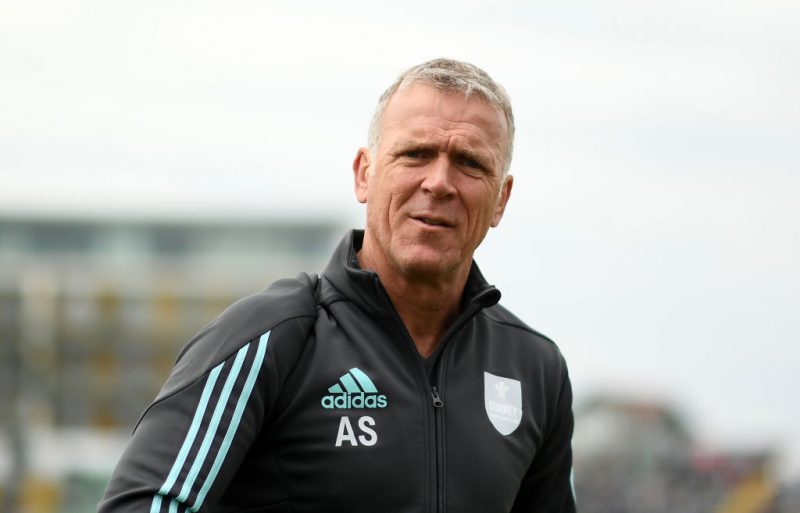 “We have been ringing 10 or so members each, which we’ll do again in a couple of weeks’ time,” says Stewart. “Those who are 70 and older and been a member of the club for a certain number of years, we’ve basically just rung to enquire about them, ask how they are getting on, and just to thank them for the support that they’ve given to the club for a number of years.

“It’s a general chat, and then they have the opportunity of answering three reasonably straightforward questions on the club, and if they get all three right, then membership send out a little prize of some kind. [The members] are not only telling the players or coaches what their memories are of the club and why they’ve been members, but also what they’re getting up to, are they having family support, are people dropping in their shopping and that type of thing. It’s not been hard work at all, but hopefully it’s making a difference.”

The scheme is good PR too of course. Or it would be, except the only evidence of the activity on social media is a tweet from former Surrey player Mark Butcher who’d got wind. The Surrey Covid coverage consists of a message from the Gaffer, and in fairness, there are few more compelling: “Are you following the government guidelines? I certainly hope you are.” Public service broadcasting aside, it’s been a busy few weeks, with Stewart and Surrey still preparing for the season without a start date.

“I’ve spent more time being on my laptop and looking at Zoom conference calls than ever in my career. It’s been very busy, because you’re having to plan, but you’re planning with the unknown so you’ve got to make sure you’ve got plans A, B, C and D in place to cover all eventualities. Without a plan it’s a guess, and I don’t like guessing.”

That means no let-up in workload for the players. But when the weights are down, they are ready to help. “While the lads are training, they have their individual training programs which they’re adhering to, they’ve said if they can do any more to assist, then with time on their hands they are very much available. It’s been that sort of club togetherness.”