Ahead of the Indore Test between India and Bangladesh, Manoj Narayan explores a complicated relationship between the sub-continental neighbours.

Is there an edge to the India-Bangladesh rivalry? Ask a Bangladeshi fan, and the answer is usually a resounding yes. Bangladesh like upsetting India. They have beaten their big neighbours just six times across formats since their first meeting in 1988, but each victory has been savoured deeply, and the defeats rankle more than others.

However, ask the casual Indian fan, and the interest in a contest against Bangladesh is mostly passive. India have won 47 of 56 matches between the sides – there is only so much interest a rivalry will generate if the competition is one-sided. And, unlike clashes against Pakistan, there isn’t any historical or political aspect adding an edge to the rivalry either.

At least, until recently. Bangladesh have risen as a force this decade, particularly over the last five years. They secured a historic maiden T20I win over India in New Delhi. Even without their biggest stars – Shakib Al Hasan is suspended, and Tamim Iqbal is not part of the tour – there is an expectation that Bangladesh can trouble India in India in the two-Test series starting on Thursday, 14 November. Even though playing India in India is the toughest task in Test cricket at the moment, given the hosts have lost only four at home this decade.

India enjoy a 7-0 record over Bangladesh in Tests, but there has been no dearth of individual gems from either side in the last 19 years. #INDvBANhttps://t.co/d6Vi3UkXfQ

According to reports, Indore will have to house close to 30 correspondents from Bangladesh. The Bangladesh press corps follows the team wherever they go in big numbers, but this is also a mark of how important a tour of India is to the side. This is only the second time Bangladesh are touring India, and the last time they came here, as recently as 2017, they were humbled, with Virat Kohli scoring a double-century in the one-off Test. Considering they haven’t toured Australia since 2003, and England since 2010, this is one of the biggest contests in their calendar.

On the eve of the match, Kohli was respectful of Bangladesh, suggesting the challenge they pose will be more pronounced than what South Africa managed, given their neighbours’ familiarity of the conditions. Noticeably, Kohli felt the need to stress India would not take them lightly – always a sign that there is something to suggest they can be.

“We definitely think they will know their game plans, and will know what they need to do,” said Kohli. “We will have to play well to get a result, like in every Test match in the past. We will not take anything lightly. We will not take any batsman or bowler lightly from Bangladesh. When they play well, they can be very skilful team, and they have the ability to play very good cricket. We will have respect for that, but more than that, we will have belief in our own team.” 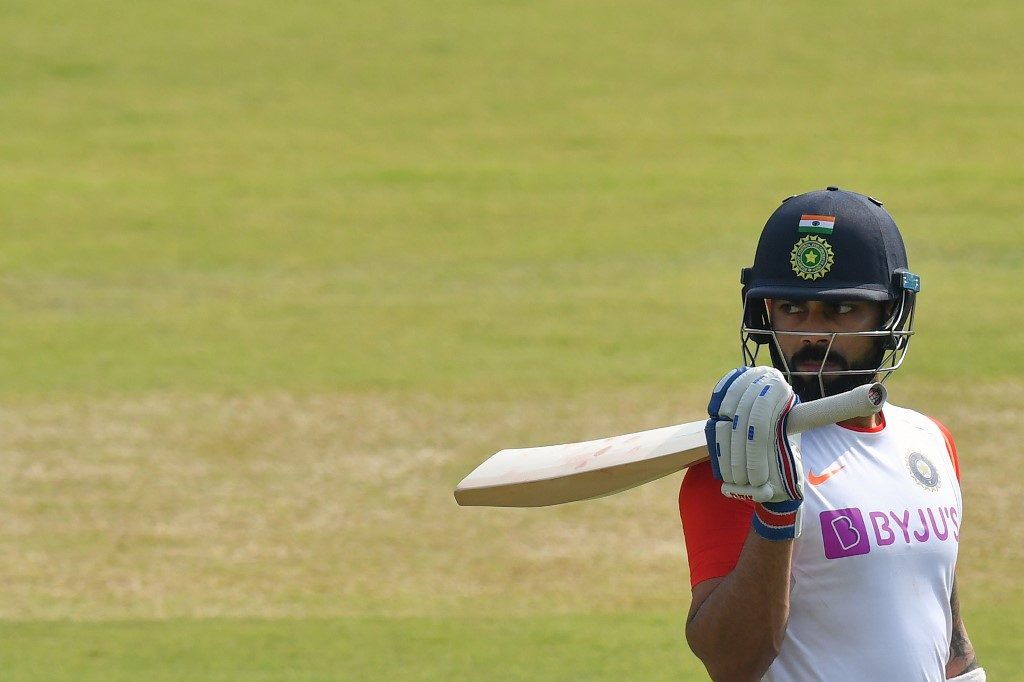 Virat Kohli stressed no player in Bangladesh would be taken lightly

Ironically, that’s precisely the impression Bangladesh are trying to break when facing India. It’s the sort of assumption that annoys them. And that feeds the growing desperation of their fans to beat the neighbours.

That need to beat India has been particularly noticeable since the 2015 World Cup. Bangladesh were buzzing after eliminating England to enter the quarterfinals, where India were waiting. This was the stage to finally usurp their much-fancied neighbours. They didn’t, and in controversial circumstances: Rohit Sharma was dismissed off a no-ball for height, and went on to score a crucial century. It was a difficult loss to stomach for Bangladesh, after a match that had a bit of edge, most evident when Rubel Hossain celebrated Virat Kohli so provokingly, he had to be held back by his teammates.

So affronted were Bangladesh by the no-ball decision that the then ICC president and Bangladesh cricket official Mustafa Kamal suggested there an agenda: “It seemed as if [the umpires] had gone into the match with something in mind.” 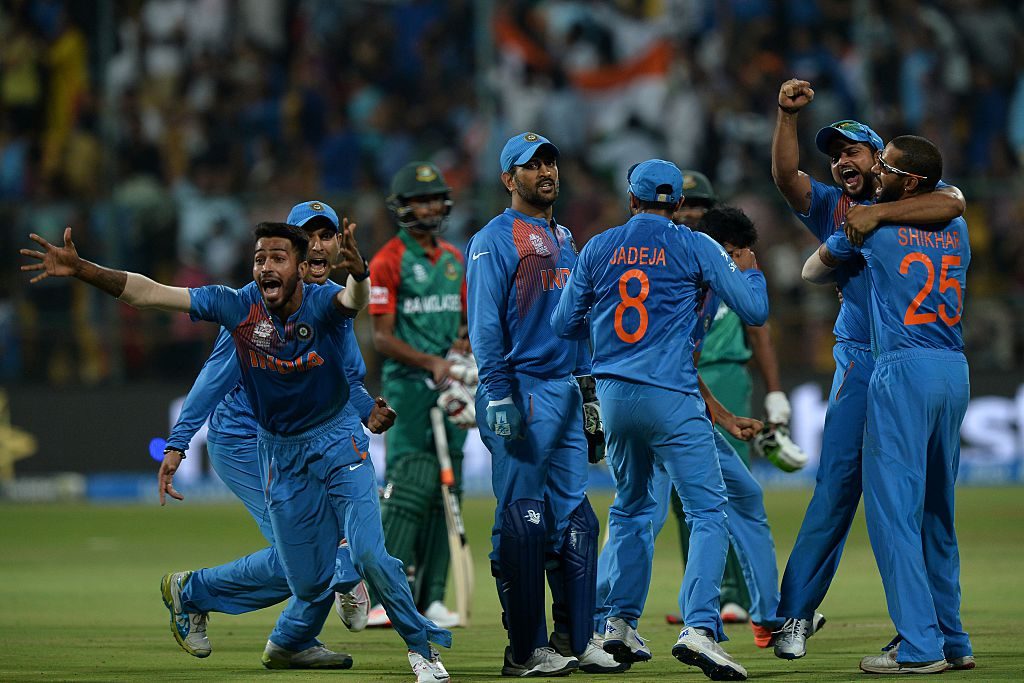 Bangladesh exacted revenge later that year when they beat India in an ODI series 2-1 at home – a series marked by MS Dhoni’s shoulder-charge on Mustafizur Rahman after the bowler attempted to block his path for a single – but India have since continued pulling off narrow victories against Bangladesh on big stages.

In the T20 World Cup the year next year, Mushfiqur Rahim infamously celebrated prematurely in the final over of their clash, before Dhoni executed a last-ball run-out to pull off a heist. In the Nidahas Trophy in 2018, Dinesh Karthik scored an eight-ball 29* to help India to victory when they needed a tricky 34 off the last two overs. A few months later, India teased them with another last-ball chase to lift the Asia Cup; controversy over century-maker Liton Das’ stumping call refuses to be buried.

When Mushfiqur sealed the T20I chase in New Delhi earlier on the tour, some ghosts of the past were somewhat laid to rest. But Bangladesh will be hoping for more meaningful victories and bigger statements. Back in 2000, India sent their side to Bangladesh for their Test debut, giving a valuable leg-up in international cricket for them. Keen not to owe anybody anything, nothing less than a win will take them closer to being seen on equal ground.