Over six years and 52 games together, Shikhar Dhawan and Rohit Sharma have been the most successful T20I opening combination, aggregating 1743 runs. Recently, however, the dream pairing seems to have soured. Aadya Sharma explores.

The T20 World Cup is less than a year away, but worryingly for India, the Rohit Sharma-Shikhar Dhawan partnership increasingly seems to be more Rohit, and less Dhawan. Known for his free-flowing approach and uncomplicated run-making, Dhawan, for now, appears content to play second-fiddle to Rohit, stuck in a cycle of middling returns and debilitating confidence.

This year has been a mediocre one for Dhawan in the shortest format. He averages 22.60 from 12 games, with a lowly strike-rate of 110.56, and it’s in stark contrast to his figures last year, when he made 689 runs at 40.52, at a strike-rate of 147.22. That was the most by a batsman in a single calendar year, till Paul Stirling overtook that tally this year. By early 2019, Dhawan had even climbed to No.10 in the T20I batting rankings, his career-best to date.

In comparison, Pakistan opener Babar Azam, the world’s top-ranked T20I batsman, has a powerplay boundary percentage of 21.89 and dot-ball percentage of 38.60 this year, despite differing from Dhawan’s career strike-rate by only 0.72. 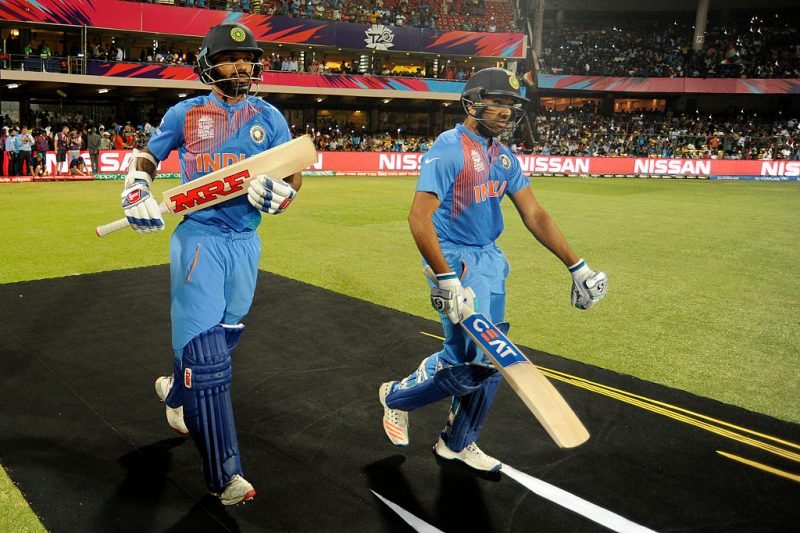 Now, a slow start is palatable if you can make up for it by speeding up later on. Unfortunately for Dhawan, his recent knocks have all started slowly, and he has been stopped before he’s able to switch gears. Five of his last 11 T20I knocks have been slower than a run a ball.

Rohit, like Dhawan, is a steady starter as well; rarely does he walk out all guns blazing in white-ball cricket. In fact, his career dot-ball percentage during the powerplay is similar Dhawan’s. However, Rohit more than makes up for it with his jaw-dropping acceleration in the second half of his knocks.

Related Story: Ellyse Perry responds to M Vijay’s wish to have dinner with her

Take, for example, the last of his four T20I hundreds, against West Indies last year. Rohit crawled to 2 off his first nine balls, and moved to 44 off 35 deliveries. He then shot into fourth gear, ravaging his way to 111* off 61.

How does this approach affect the team? 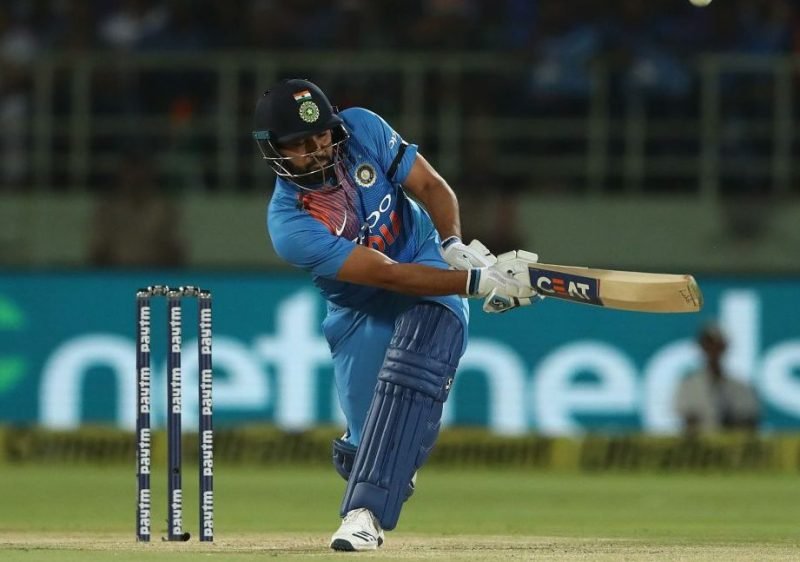 Powerplay figures don’t always reflect the whole story. For instance, England went from 48-1 in six overs to 241-3 in 20 just last week. That said, it does give a fair idea of a team’s batting strategy in the T20 game.

Since the 2016 T20 World Cup, India’s run-rate in the first six overs has been 7.60, which amounts to about 45.60 runs every innings in the powerplay. It ranks seventh on the list of best T20I powerplay run-rates among the 12 Test-playing nations.

Rohit’s formula has worked like a charm for him, but not so much for India, with two ends tied up in the first six overs. With Virat Kohli marching in at No.3, and a troop of exuberant, albeit raw, power-hitters to follow, India’s second half tends to make up for it, but it hasn’t always been the case.

While Dhawan’s IPL numbers have remained good over the last two seasons [he aggregated 1018 runs over 32 games], the lack of intent upfront, coupled with his inability to make up for it later, could force India to look at alternatives.

All happy faces after a good game. ?? Thank you for all the support. ? Kudos to @ImRo45 for his great knock. ? @krunalpandya24 pic.twitter.com/cbyMDJPLBK

With Kohli rested for the Bangladesh series, India filled his preferred No.3 spot by slotting in KL Rahul, a man who has two T20I hundreds in just 30 games, both despite not opening the batting. He averages 42.34 in the format, with a strike-rate of 145.37. Furthermore, he has been solid in the last two seasons of the IPL, finishing second and third in the run-getters’ list after opening the innings for Kings XI Punjab, averaging over 50 in both 2018 and 2019 with a strike-rate of 158.41 and 139.38 respectively.

Related Story: Rohit ‘has an edge’ over Kohli in white-ball cricket, says Gambhir

Dhawan will be 34 next month. Soon, he will probably face the quandary of dropping one format or risk being outed for the younger generation. That said, Dhawan has shown several times in the past his knack for hitting form just in time for a major tournament.

He has also always enjoyed the backing of the management, who have never stopped short of praising his big-match impact. With waning powers and progressing age, and a string of competitors waiting in line, Dhawan will have to defy the odds all over again.