Having lost each of their first six games, Virat Kohli and his Royal Challengers Bangalore side need something of a miracle to make it to the IPL 2019 playoffs. The hopelessness of the situation, however, might see them play their remaining games with a rejuvenated mentality.

Virat Kohli fumed and raged after his team’s close defeat to Mumbai Indians. The reaction was similar when an Andre Russell special snatched the game away a few days later. In both cases, he had genuine reasons to feel hard done – the no-ball in the first, and in the next, the inability of his bowlers to defend 53 in the last three overs.

However, his reaction in the post-match presentation after the four-wicket defeat to Delhi Capitals was vastly different. Kohli seemed an unburdened man, and perhaps that had something to do with there no longer being any real pressure on him to make it to the playoffs.

The brilliant Bumrah, the not-so-brilliant umpires, and the ire of Virat Kohli, all feature in today's IPL daily brief 👇#IPL2019https://t.co/Fh4Nve3Vjt

He simply urged his players to relax and enjoy themselves in the matches to come. There was no ranting and raving. Instead, there was a dignified acceptance of Bangalore’s unenviable position in the tournament.

“There’s nothing more you can say to the team, we’ve asked the guys to take responsibility, come out here and perform to the best of their abilities,” said Kohli with a faint smile.

“It hasn’t happened so far and that’s the reality of the situation. We need to accept it, the more we get frustrated, the more it’s going to get tougher and tougher. 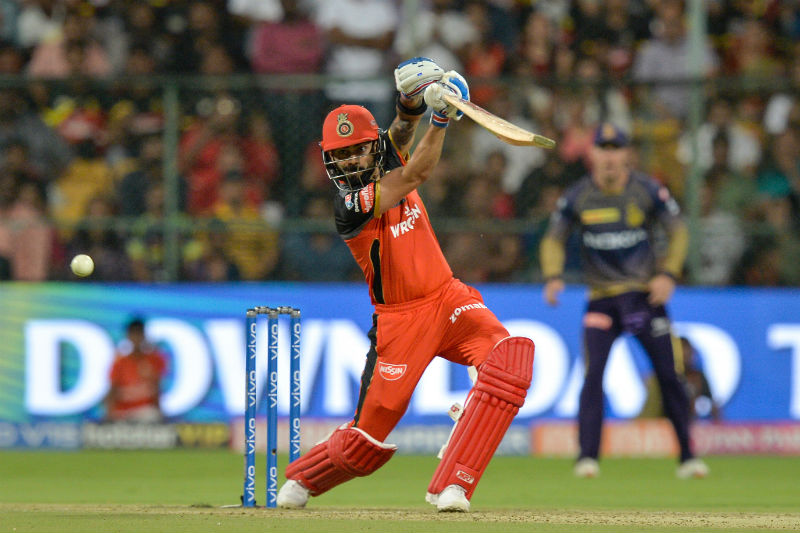 “The key is to enjoy ourselves as much as we can. Just play expressive cricket in the remaining games. Personally as well, not try to control the situation too much … key is to take it easy and relax. We can’t really change the situation. If we stop enjoying, the rest of the games can be a suffering as well, which we don’t want.”

Defending 149-8, Bangalore made basic mistakes again, the biggest of which was Parthiv Patel dropping Shreyas Iyer, the opposition captain, when he was on 4. Iyer went on to make a match-winning 67 off 50 balls.

Kohli did mention the dropped catch, but was mostly empathetic. “In T20, no one’s going to keep giving you chances, we got two there. Shreyas got 65, he was on 4 when he was dropped first and then on 20-odd again,” said Kohli. “When the mind is cluttered, you won’t be able to focus on the chances that come your way. So clarity of mind is very important in the game, especially if you want to convert the half chances, and pull the game back.”

That's a FIFTY for the @DelhiCapitals Skipper, Shreyas Iyer. This is his 11th half-century in #VIVOIPL 👏🙌 pic.twitter.com/hb15cEKAa7

Bangalore will now be on the road for a while – their next match at home is on April 21. Teams generally enjoy playing in home conditions, but the change in scenario coupled with Kohli’s mellowed attitude could be exactly what the team needs.

Make no mistake, Bangalore’s campaign is going to be very difficult to revive. They will have to win almost all their remaining eight games to make it to the playoffs. “We just need to improve and we need to win obviously all the games. We know that, it’s going to be a miracle to be honest with you,” said Moeen Ali.

But even if a heart-stopping comeback isn’t realistic, a few victories might aid Kohli’s mindset ahead of the World Cup 2019.