Somehow, it feels all wrong. Stuart Broad on Sky Sports, James Anderson on Test Match Special; both commentating on England’s recent ODI series against Australia. Not because either did a poor job – quite the opposite, in fact – but because it made so much more sense the other way round.

Anderson, who with his curt quips and pained demeanour resembles a fisherman still mourning the loss of his fourth wife at sea, is a natural fit for the Sky box, where you imagine he would strike up an instant comedy double act with Bumble. By contrast Broad, the polite, well-spoken sweetheart of middle England with the grinning earnestness of a lower sixth-former who has just completed his Duke of Edinburgh gold award and really wants to tell you all about it, would appear to be born TMS material. 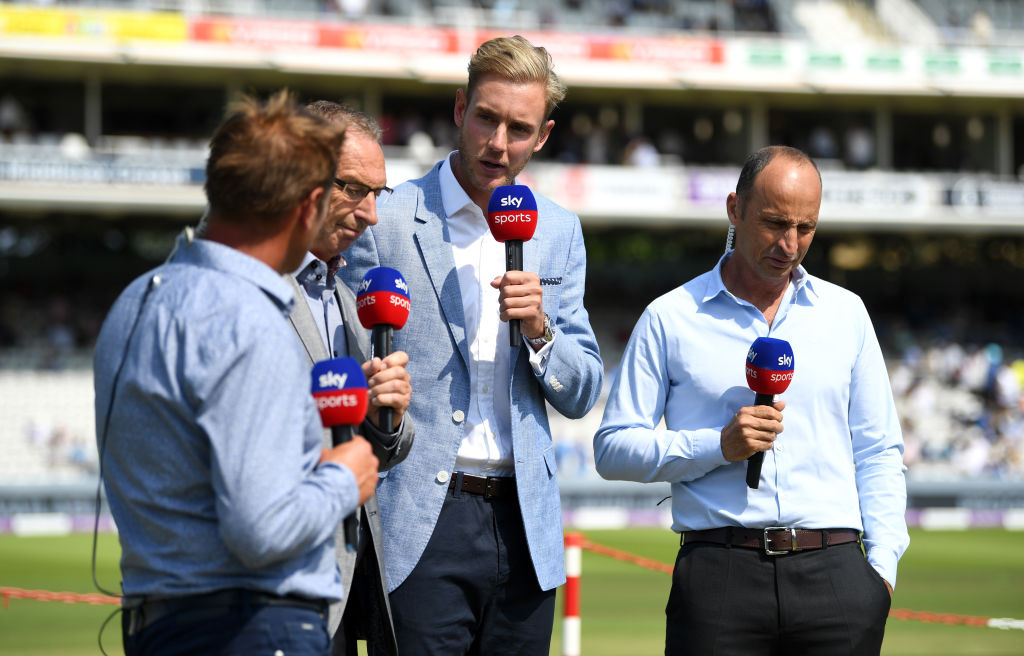 But over time, you began to see the logic of it. Broad, despite an understandably nervous start, showed enough to suggest he will make a terrific analyst one day. Anderson, meanwhile, slotted nicely into TMS’s more conversational style, an understated deadpan foil to Dan Norcross’s fantastical flights of verbal fancy.

I wonder, too, if this parting of the ways may offer us a glimpse of the wider divergence within cricket broadcasting. The history of English cricket is essentially one of divides – gentleman and player, village green and colliery, state school and private, red-ball and white. And as the game lathers and greases up for its 100-ball revolution, it’s entirely possible that a similar polarisation may eventually come to characterise the airwaves: between, for want of better terms, the niche and popular styles of cricket commentary.

Sky, for all their qualities, belong firmly in the former camp. Audience numbers barely breach the low six figures, and so they know there is a captive audience that thirsts for depth. Occasionally the deluge of data can feel a touch gratuitous (has anyone yet worked out the point of the ‘batsman reaction time’ statistic?). But its commentary is rich and detailed, its documentaries sumptuous, its Masterclasses so good that they really deserve a Masterclass of their own, which would presumably involve Ian Ward interviewing himself in front of a giant touchscreen, pre-loaded with Ian Ward’s greatest touchscreen analyses.

The problem is that Sky’s demographic – the knowledgeable devotee – could scarcely be less congruent to the one English cricket is trying to seduce. The ECB is chasing new markets now, and given that serious consideration was given to scrapping the lbw law for ‘The Hundred’ on the grounds that it might be too confusing for new viewers to understand, I think we can safely assume that pitch maps and angles of seam deviation are unlikely to be of much interest to them either. 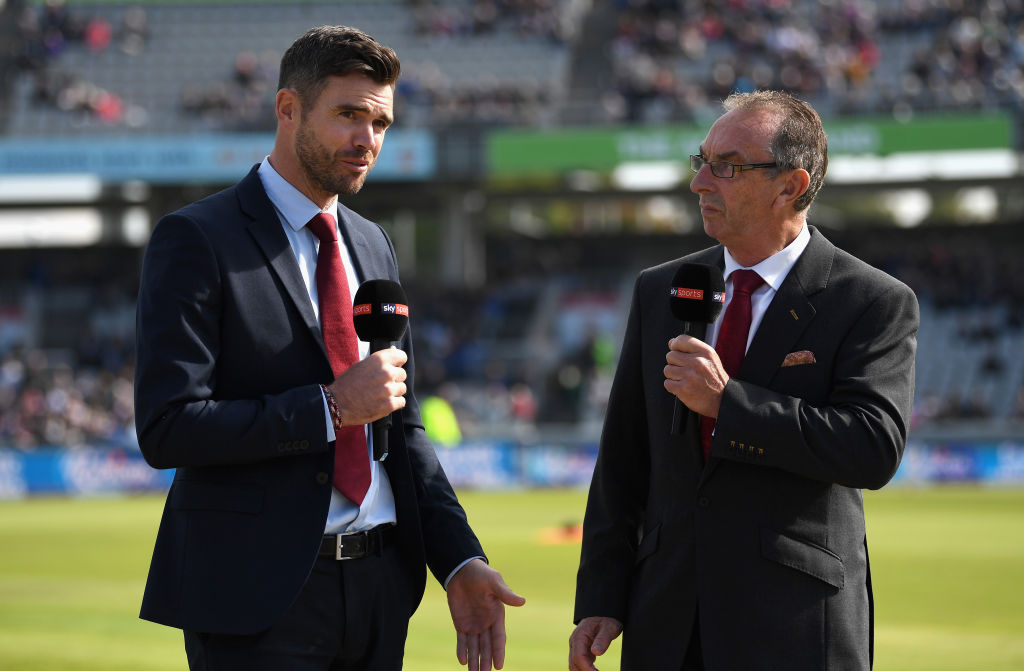 Jimmy Anderson: “a fisherman still mourning the loss of his fourth wife at sea”

Paradoxically, then, given its advanced years, it is probably the TMS style that looks best equipped to navigate English cricket’s brave new future. It is, after all, still where the majority of people in this country get their live cricket, and owes its wide appeal not to a granular interest in the game’s deeper truths – anyone who tells you they listen to TMS for the quality of analysis is probably having you on – but to the patter, the whimsy, that nice young man Charles Dagnall, the sense that at any given moment, nobody in the commentary box is more than eight seconds away from potentially dissolving into guffaws.

Sky may be good, but TMS is fun, and when you’ve staked the game’s future on winning over a generation more in thrall to John Cena than John Crawley, that counts more than it did.

Which is not to say, of course, that the new 100-ball competition should be based on TMS. Indeed,you can almost guarantee that it will end up sounding like something else entirely: probably some all-star team of Zoella, David Gower, James Corden and Alex from Love Island. Or maybe, in the same way that the rise of one-day cricket placed a premium on all-rounders, there will be a focus on all-format commentators like Ricky Ponting, as comfortable deconstructing a trigger movement during a Test match as he is poking fun at Mark Waugh’s shirt during the Big Bash.

The point is that just as English cricket is beginning to pull apart, so its broadcast landscape is poised to follow: between those who demand to know as much as possible, and those who simply want to be entertained. And in their different ways, you wonder if Broad and Anderson have already planted a foot in opposing camps.

This article first featured in issue 9 of Wisden Cricket Monthly