How much appetite is there for the shortest format in the recreational game, and should we be alternating between T20 and 40-over cricket? Rich Evans investigates.

“I think the biggest problem is the fallout when kids play up to the age of 14, then don’t want to play anymore. We can’t allow that to happen. But I really do get the feeling in club cricket that we’re avoiding T20. No one wants to openly admit it’s a great game. It’s like it’s the baddie. But it’s cricket. I think all the clubs in the country could be playing T20 cricket on a Sunday afternoon. I’ve said it for four or five years now. At two o’clock, every Sunday, every club in the country playing cricket with that festival feel: barbecues, bouncy castles, live bands. It’s a game I’d want to play with my lad. If I’m a young lad who’s not obsessed with the game, why would I want to spend 40 or 50 overs in the field? I wouldn’t. We’ve got to get over the snobbery of the longest format being the only format. The game’s moved on.”

Michael Vaughan, speaking exclusively to WCM, paints a blissful picture of the village green, shortening the play but restoring a family feel to Sunday cricket. But is this a widely desired or realistic ambition? Is T20 considered a slayer of tradition rather than a shining light for the future? And do we – or perhaps our exhausted league administrators – need to get with the times and properly embrace the shortest format? It’s a debate that really does divide opinion. 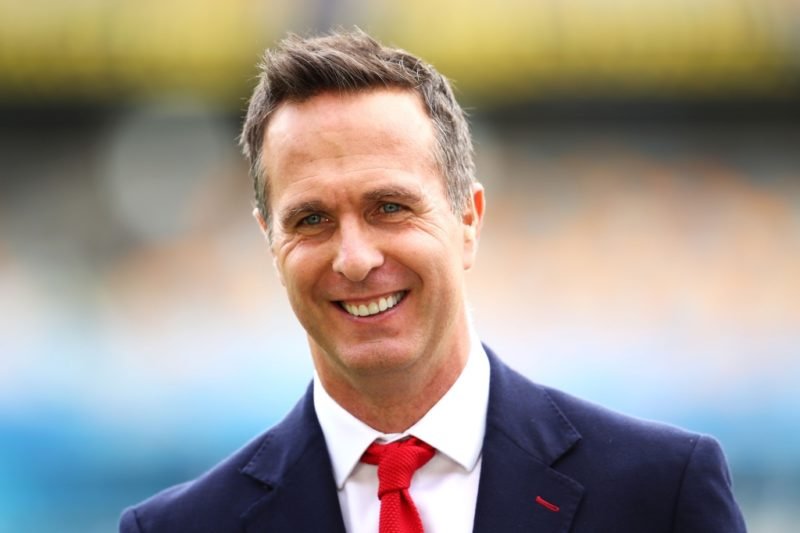 The former England captain’s first thought was for the mid-teens, but there are of course realities that cricket – and all other sports – will always struggle to compete with.  “The opposite sex, careers and exams. It’s as simple as that,” says David Lloyd, WCM editorial board member and president of Accrington CC. “Clubs are inundated with young children from seven to 13, 14, and then there’s a cut-off point.” But while this isn’t an issue exclusive to cricket, the duration of the game is problematic. “It’s not rocket science,” adds Lloyd, but cricket has rarely been shaped by logic.

County cricket is marching towards the creation of a new eight-team T20 tournament from 2020 onwards to run alongside the T20 Blast. The ECB received a landslide vote in favour of changing its constitution to pave the way for the creation of a competition which doesn’t feature the 18 first-class counties, but support for the format at club level has been mixed. “It depends where you are in the country,” says Lloyd. “In the Lancashire League, T20 is very important and it’s played on a Friday night. I’ve been pushing this for a while: it’s unsustainable for amateur players to play Friday night T20 and Saturday and Sunday league cricket. I would continue with Friday night T20, though. It’s perfect.” 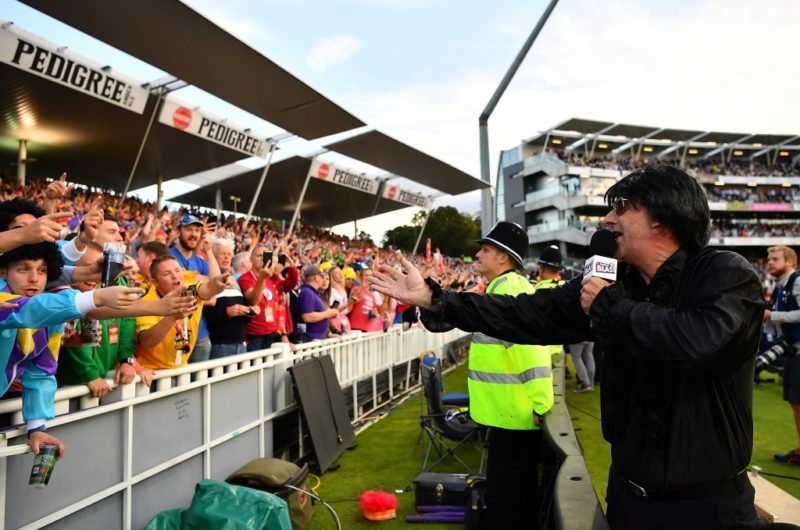 Burnley CC president Michael Brown agrees with Lloyd and Vaughan that 40-over league cricket should be restricted to one day per weekend. “Play one 40-over league game in the weekend with the option of additional cups, which may be a Friday evening or Sunday afternoon T20,” the former Middlesex and Surrey batsman told All Out Cricket last year.

Club cricket’s identity crisis shows no signs of abating. “I think cricket itself as an attractive sport is losing touch with young people because mostly the leagues themselves are not embracing what young people seem to want,” says Hertfordshire Cricket League committee member Paul Blackwell. “There’s a drifting apart of the people who run the game: the older people who are prepared to help, and the young people who want something exciting. Cricket doesn’t know what it needs to be; it has a real crisis in confidence and personality.”

Blackwell backs any prospective move towards T20 and would like to kill-off the draw once and for all. “I would actually take the Herts League and make it a 50/50 or 40/40 competition one week, and 20/20 the other week. We’ll shorten the game, make it attractive, and bring in people who don’t have much time. Bring in coloured clothing and make it an attractive sport for young people, because they’re the future. At the moment, the future of cricket is for people like me in our fifties and sixties. People turn up on Saturday wanting a result and T20 cricket needs to be encouraged. I’m afraid, purists, that’s the way it’s going to be.”

But is it too simplistic to presume that all teenage or early-twenty-something cricketers want to play T20 cricket on a weekend? “It’s never a question of whether I want to play,” says a 19-year-old teammate of this writer, who always struggles for availability. “There’s nothing the club or game could do. The big thing the club already facilitates is covering the costs of travel when I’m travelling back from uni in Bristol. That’s massive. But if it was T20 instead of 50 overs, I’d be less inclined because it’s less cricket.” However, after disappearing for a few seasons, it was the NatWest U19 Club T20 competition that renewed his appetite. 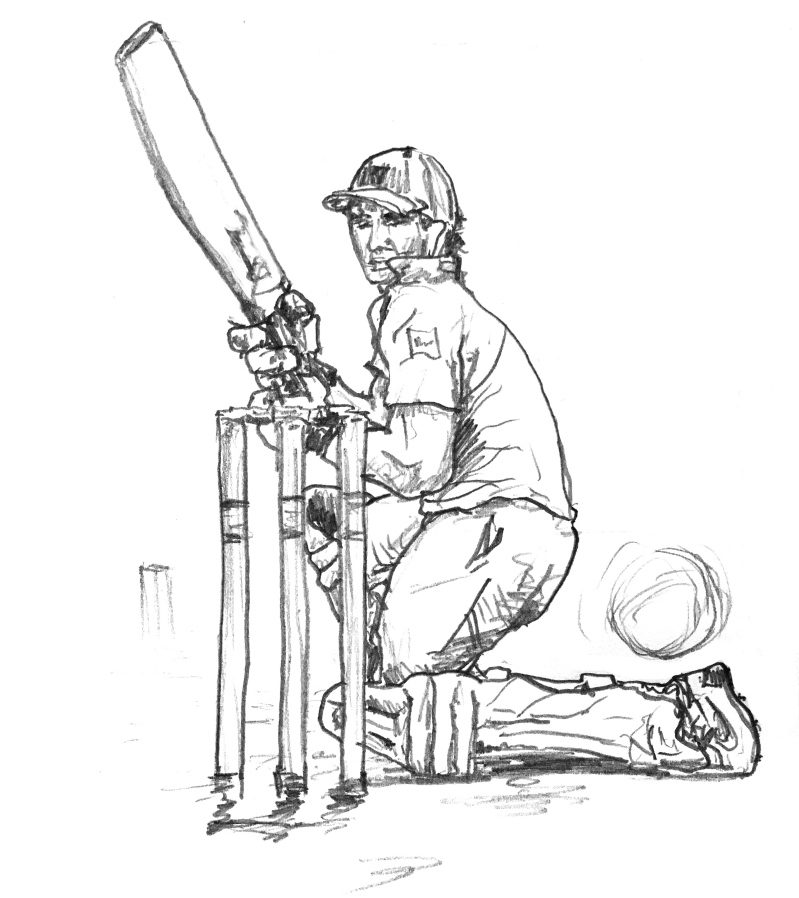 T20 is Marmite. People seem to love it or hate it, with inbetweeners in the minority. Vaughan paraphrased the quote that kicked off this article in a tweet last October. Of the four most-liked responses from over 100 comments, Simon Bath wrote: “Disagree, Sunday afternoon games are a great time to get colts involved in the longer form.” Nick Husbands, of Bromsgrove CC, agreed: “It’s killing club cricket. You’d get more participation by just opening the bar. Clubs need proper cricket on Sundays for skill development.” Ben White replied: “If only you can magic players out of thin air. Hard enough getting 22 out on a Saturday, let alone trying to do it again on a Sunday.” Kippax Cricket responded: “Unfortunately leagues are run by committees protecting their ‘heritage’ and until there’s a change of guard it won’t happen.” The last tweet aside, that’s hardly a myriad of activists begging T20 to grab its cape and carry cricket into some post-modern fairyland. Scroll down the replies and you’ll find T20 labelled “mickey mouse cricket”, “a dumbed down form of the game” and “baseball”, while Ian Hodson reminds Vaughan: “Who does the BBQ [and] music? Club volunteers are hard to find!” 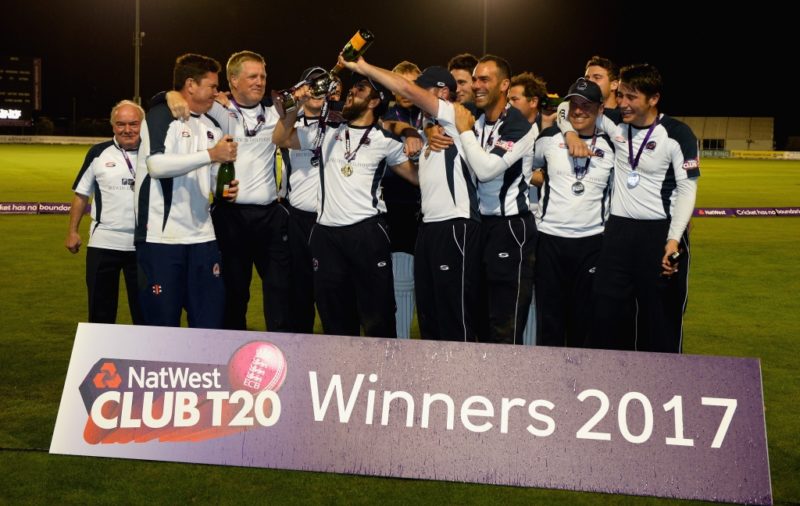 Vaughan then reignited the debate, tweeting: “The problem I find with grassroots cricket is the people making the decisions are quite old and want it like they had.” It was an overgeneralised dig at cricket’s support structure, but a popular one nonetheless. Sure, some league officials are unreceptive to change, but T20 activists would have us believe that everyone’s hankering for the short stuff. Is that really the case?

“We had discussions about creating a totally separate T20 league, where we forgot about player registrations – you could play anybody [in your team],” says Rob Richtering, general secretary of Yorkshire Premier League North. “Its main day was Sunday but you could play at any time up until the following Sunday, so you basically have a week to play – or two weeks if there weren’t many fixtures. We made it so easy and reduced the bureaucracy and rules as much as we could, but we only had a few teams interested. It didn’t get anywhere but we’ll keep probing that one.”

There is also a popular view that 40-over cricket may be more suited to modern life than 50 overs per side. A 50-over away game that goes the distance – including the vital dissection of the match over a pint – could result in a 12-hour day. Only the truly dedicated (or lucky), who can balance – or are unshackled by – work, family and social commitments, can consistently rock up.

“No one wants to openly admit it’s a great game. It’s like it’s the baddie”

The ECB favour 40-over cricket as opposed to 50. Matt Dwyer, the ECB’s director of participation and growth, says: “Through ‘Get The Game On’, we’ve got the league blueprint for what senior cricket should look like – the 40-over stuff – and that’s an ongoing discussion with leagues about offering the right formats. We’ll keep pushing that, but you only get one chance at an AGM every year to make a difference, so, unfortunately, it can take a bit of time to do that.”

Michael Brown, a firm backer of 40-over cricket and T20 working in tandem, sympathises. “I don’t think the 40-over game will come in,” he says. “The people making decisions are not tuned-in to the thought processes of the players.”

Is T20 the shot in the arm the recreational game needs or a toxic needle anesthetising cricket from all virtue and meaning? While replies on Twitter to Vaughan’s Sunday T20 vision were generally unsupportive, his tweet received over 1,000 likes. But those who administrate or proffer their view at league AGMs, pre-season captains’ meetings or club questionnaires – perhaps even social feeds – are the voice of club cricket. They’re devotees of the game and their views deserve to be heard. They’re often of advancing years, in cricketing terms, and while it’s difficult to gauge the average age of Vaughan’s followers, Terry Stark replied: “The amount of dinosaurs replying to this is remarkable. The average age of the people slagging you off is alarming and why we have problems.” Jonathan Phillips, who happens to be a singer in a band called The Dinosaurs, argued that Sunday T20 could “end Saturday cricket if successful”. 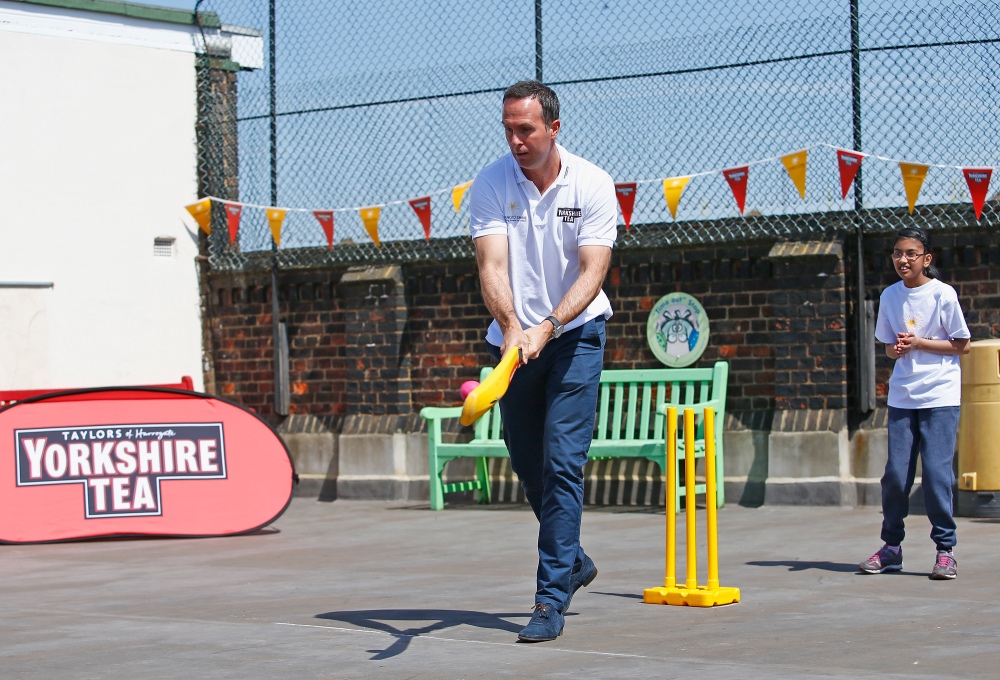 The teenage drop-off rate is caused by a wide variety of factors and it would be naïve to believe that T20 alone will earn their continued devotion. Many of those unable to commit to 50 overs on a Saturday will be unable to leave work early for a midweek T20. Alternatively, will they tolerate an hour-and-a-half round trip for a three-hour match away from home on a Sunday?

Rob Richtering gets to the crux of the matter: “People say they would come back if they could play T20, but they want it on a Saturday. That would be a mega change, going from 50 overs to 20. The majority of those playing want it to be as it is.”

Related Story: The Club Debate: What will club cricket look like in 2030?
A one-size-fits-all approach doesn’t work at international level, so why should it at grassroots? Club cricket needs both T20 and one-day cricket to co-exist in harmony, with neither format an afterthought. It’s plausible that most players who truly love the game are prepared to create room for the longer form, irrespective of their age. You can’t disregard the loyal to attract the half-arsed who may never be truly engaged, regardless of how much make-up is applied. Yet recapturing those who flirt with the game and then do a runner is also vital. Cricket doesn’t do easy answers.

Your voice matters: Join the debate and share your views on grassroots cricket by commenting below, emailing editorial@wisden.com or tweeting @WisdenCricket