In the aftermath of the ball-tampering storm at Newlands, which exploded into wider condemnation of Australia’s team ethic and culture, ICC chief executive David Richardson called on the game to “have a hard look at itself”. In that instance the spotlight fell on the international arena, but on-field behaviour is arguably even more of an issue in the grassroots game.

Last month, we summarised the new law changes affecting recreational cricket, but Law 42 deserves its own evaluation. Under the MCC’s 2017 code of the Laws of Cricket, umpires are now empowered to dish out five-run penalties and even send players off. The MCC call these new laws “deterrents” that will be “rarely” applied, but given club cricket’s continued behavioural problem could they in fact enflame the very issues they are trying to address? Law 42 is a ticking time bomb. 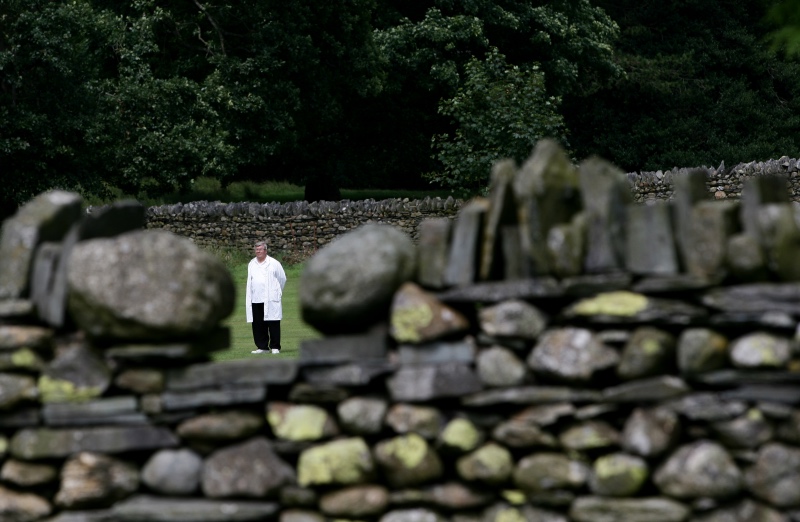 The introduction of Law 42 has put the spotlight on umpires

Citing the fallout of the ball-tampering affair, Simon Prodger, the managing director of the National Cricket Conference (NCC), says: “Maybe inadvertently we’ve got to the point where player behaviour is central to so many people’s thinking that club cricketers will understand that we need to do something.” While Prodger is concerned about how it will play out, he does understand the motivation behind Law 42. “Club cricket has a behavioural problem,” he says. “Or is it a social problem? Whatever it is, it manifests itself in league cricket. People can’t argue that. We wouldn’t be needing these law changes if there weren’t significant issues.”

For all Law 42 offences – which range from dissent and dangerous ball-throwing to intimidating an umpire and physical assault – the officials will summon the relevant skipper who will be informed of the breach and penalty. For serious offences, the umpire will instruct the captain to remove the offending player from the field, while failure to comply could result in the game being abandoned or rewarded to the opposition. New signals for level three (raising both hands, all fingers spread, to shoulder height, palms facing towards scorers) and level four (raising an index finger, held at shoulder height, to the side of the body) offences have been introduced.

Level 3: Offending player is suspended for a number of overs, depending on the length of the match, plus five penalty runs (includes intimidating an umpire by language or gesture and threatening to assault a player)

Level 4: Offending player is removed from the field for the rest of the match, plus five penalty runs (includes threatening to assault an umpire, deliberate physical contact with an umpire, physical assault and other acts of violence).

“The worry is, to what degree will Law 42 be executed, and will it really touch the game all down the pyramid?” says Prodger. “We’ve been pretty much the only team sport where officials have not been able to provide significant on-field sanctions that can affect the game in game time, so we don’t know what we’re in for. The first few weeks of the season are going to be fascinating. Are the umpires going to be reticent? We have this system where umpires score teams and captains score umpires – what’s this going to lead to? It’s a real uncertainty.”

Peter Hindstridge, an umpire in the Hertfordshire Cricket League (HCL) who has run the county’s umpiring panel since 2003, accepts that he has witnessed “a slight drift towards poor behaviour – but not dramatically”. In the last few years the HCL have trialled the new laws in the Premier League and Championship divisions. Hindstridge, who is also a long-serving chairman of the Hertfordshire Association of Cricket Officials Committee, believed it improved players’ behaviour towards the umpires and was drilled into the captains, who were reminded of their responsibilities at the toss and the potential ramifications of poor behaviour. “If anything happens, we expect you to manage it,” Hindstridge tells captains and fellow umpires. “If you’ve got good captains and good umpires, they set the context of the game.” If, indeed.

By trying to police their behaviour better you could create a set of circumstances that might provoke them even more.

In 2016, I lost it in the middle. The oppo’s umpire had triggered our opening bat, adjudged caught behind off the top of the thigh. It didn’t look out. It didn’t sound out. Only the bowler appealed and we chuckled at the desperate plea from the pavilion.  But the finger went up, and a laughable lbw followed. I was in the middle when our No.5 inside-edged onto his pad first ball. There were two distinguishable noises but ‘Trigger Happy’ was at it again. “That’s three appeals, three wickets, and not one of them was out. Is that the only way you can win?” I politely enquired. I didn’t even look at the umpire. After questioning the integrity of the oppo, I expected a barrage of abuse. But they didn’t make a peep.  They knew their umpire had gifted them and their opening bowler – who ended up with a six-for – the first three wickets. A year passed before I discovered the umpire was the opening bowler’s father.

Alarm bells ring at the thought of empowering umpires who have a similarly one-eyed approach – even if they are very much in the minority. 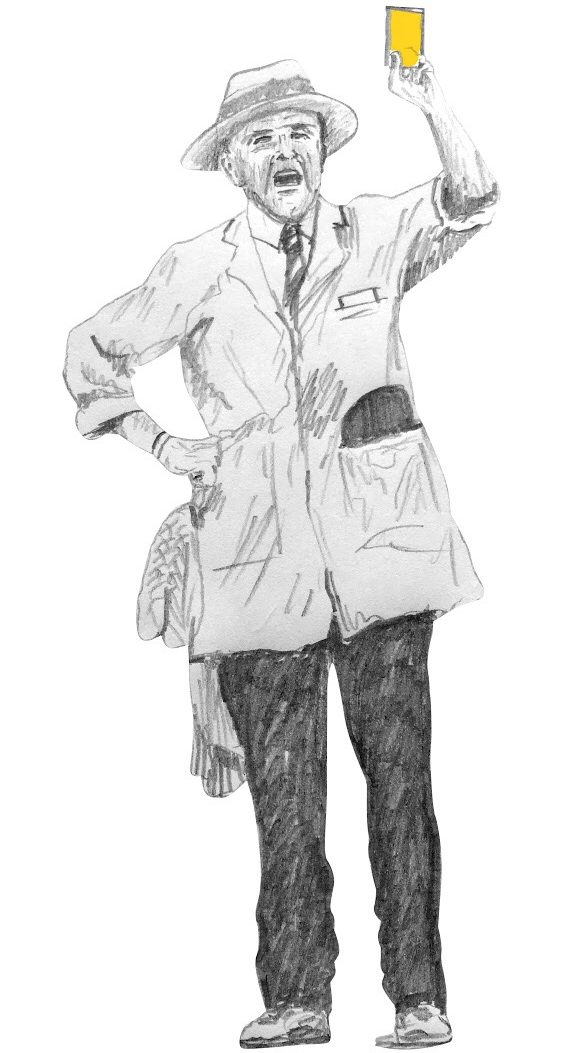 “My worry is sometimes you get umpires who want to make the game about them,” says Ealing CC’s first-team skipper Kristian Martin. “If you give them the power to send players off, it’s a worry. It’s amateur cricket – people pay money to play and the last thing you want is an umpire sending someone off for something trivial. It could be a slippery slope and you could discourage people from playing.”

Some leagues, most notably Hampshire’s Southern League, have opted out of Law 42 this season, preferring to see how it plays out elsewhere. Many leagues, including my own, are only enforcing the new ruling in divisions that feature neutral or qualified umpires. In the lower leagues, where the players themselves officiate, Law 42 is unlikely to be exerted – and rightly so. But below panel-umpire level, there are qualified umpires who have a strong allegiance to their club. This is dangerous territory.

“I’d rather Law 42 only be applied where there are panel umpires, because they are supposedly neutral, and you’ve then got a third party,” says Prodger. “By having that third party, it automatically helps police the attitudes and opinions of the protagonists. If it’s not there, all you’ve got is what Team/Player A says vs what Team/Player B says.”

People react on perception. It could lead to an absolute bloody mess

Ealing captain Martin “can’t see why it wouldn’t improve player behaviour at panel-umpire level” but at the lower levels of the game he foresees “a very difficult situation” if a player is sent off by the opposition’s umpire. “That’s a potential minefield,” agrees Prodger. “There is a natural cynicism within players that, when it comes to the crunch, umpires are more likely to give decisions in favour of their own club. Whether that’s true or not, is irrelevant. That’s the perception – and perception often rules the day rather more than facts. People react on perception. It could lead to an absolute bloody mess.”

In his role as managing director of the NCC, Prodger is expecting a flurry of incidents to land on his doorstep. The NCC have an independent appeals panel that can be invoked by a player, club or league should an appeal be made once all the respective league’s disciplinary functions have been exhausted. Along with the ECB, the organisation manages the final appeals process and identifies a panel of three to preside over a hearing. “Will these issues lead to ultimate appeals and final arbitrations beyond the leagues themselves?” asks Prodger. “As a lover of the club game, I’m worried.”

Law 2 – it now only requires one umpire rather than two to deem conditions unsafe or unreasonable for play to be suspended or called off – is another modification that will test the integrity of the men in the white coats. “If an umpire makes a decision to call a game off when his team is under the cosh – whether he did it for genuine reasons or not – you’re not going to get a universal opinion,” says Prodger. “It’s recipe for serious, serious problems. You’re not only asking the umpires to put their neck out but you’re also asking players to accept some more extreme decision-making issues than they already are, so by trying to police their behaviour better you could create a set of circumstances that might provoke them even more.” 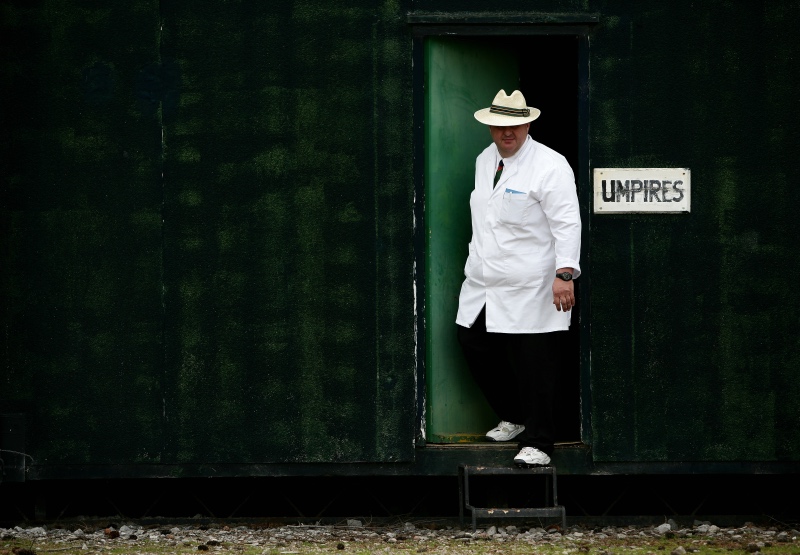 Have the new Laws of Cricket made the grassroots umpire’s job harder or easier?

A key question for the lawmakers and the ECB is: Will Law 42 help or hinder the grassroots official? “There will be some collateral effect within the umpiring fraternity – there’s no question about that,” says Prodger. “I can’t see this rule encouraging more people to sign up to be league panel umpires. I can see them saying: ‘I don’t want to umpire league cricket anymore – it’s just too much’. Trying to find sufficient umpires for league cricket is already difficult in some parts.”

Hindstridge disagrees – Hertfordshire Cricket League are bucking the trend with 50-plus panel umpires every week – but admits there are murmurings of discontent. “I’m not sure it will change people’s views about officiating,” he says. “If people have an affinity with officiating, they’ll still do it.” However, he does concede some umpires are concerned about being “judge, jury and executioner”, with one asking: “Are we now policemen?” Hindstridge replied: “No. The test is: don’t let it get to that stage, because your job is to manage the game and pre-empt anything going wrong. But you now have the powers available if you need them.” The general feeling is that umpires are every bit as anxious as players, if not more so.

So, will the MCC meet their objectives? We’ll need to evaluate this law after a bedding-in period, but it seems likely we’ll witness the ugly side of this ruling within weeks. The execution of Law 42 will be shaped by the personality, competency and disposition of the umpire – the list of misdemeanours and sanctions are open to interpretation, perhaps more so than any other laws.

“We’re entering uncharted territory,” says Prodger. “This league season is going to be different from any other league season. There’s going to be a lot of collateral fallout, one way or the other – some of it may be for the good.”

The Club Debate: How will the new laws affect grassroots cricket?

Your voice matters: Join the debate and share your views on grassroots cricket by commenting below, emailing editorial@wisden.com or tweeting @WisdenCricket.