Victor Trumper, the greatest batsman of the Golden Age, died on June 28, 1915, aged just 37. In the 2015 Wisden, historian Carl Bridge paid this tribute.

In the misty-eyed Australian cricketing imagination, and a century after his untimely death, Victor Trumper is still the nonpareil, the paladin of batsmen, of cricketers, of young Australian manhood. Tall, blond, willowy, lissom, with chiselled features; determined, audacious, effortlessly talented, yet modest to a fault. He was the first man to score a century before lunch in first-class cricket in Australia, the first to do so on the first day of any Test, and the unrivalled master of batting on sticky wickets. Trumper had it all.

After his maiden Test century, at Lord’s in 1899, that wily old bird, W.G. Grace – whose last Test, earlier that season, had been Trumper’s first – gave young Victor a bat inscribed: “From the past champion to the future champion”. Grace, as ever, was on the money. In time, C. B. Fry, Jack Hobbs and Wilfred Rhodes would all rate Trumper (not Bradman) as batting’s greatest exponent. His legend is summed up in George Beldam’s extraordinary photograph. As Trumper leaps out to drive, the bat handle is at its longest, the shoulder arc at its fullest, his eyes focused, the front foot poised in the air, the ball destined to leave both field and ground, as it so often did. 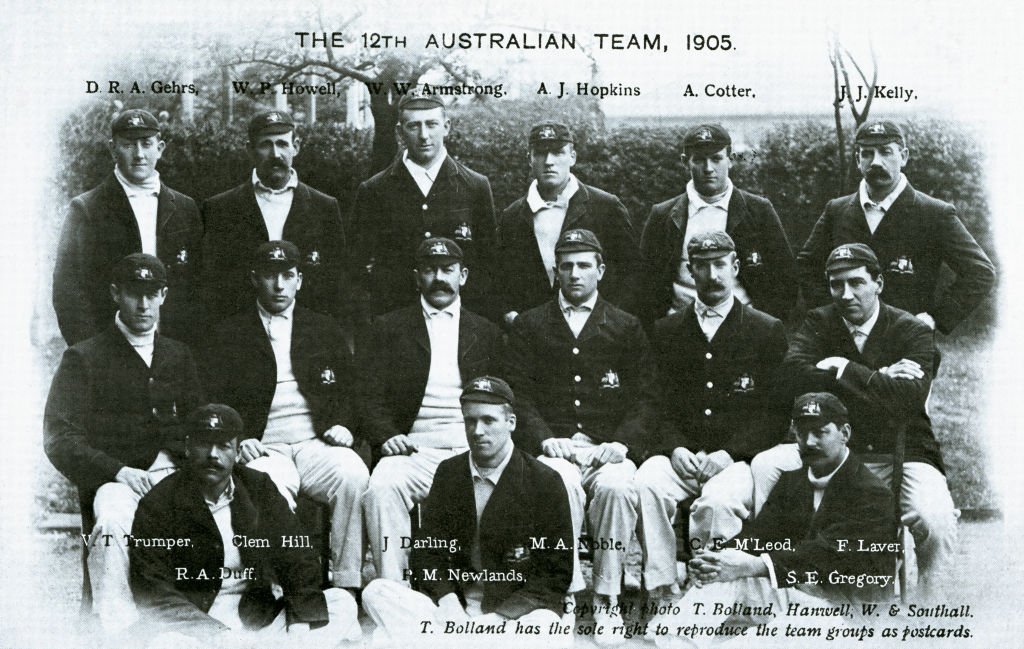 The Australian cricket team in England, May 1905

Forget Twenty20: the Edwardians invented big, clean hitting. There used to be a pond in Moore Park, some little distance outside the SCG, nicknamed Lake Trumper because of his fondness for despatching balls into it. In a club match in 1903 at Sydney’s Redfern Oval, one of Trumper’s sixes broke a window on the second storey of a boot factory across the road. In his honour, the shattered pane was left unrepaired for over 60 years.

We Australians are mightily proud of Bradman. But, as little boys, we all wanted to be Trumper. Growing up cricket-mad in Sydney in the 1950s and 1960s, I was lucky to be coached in wicketkeeping by Charlie Trumper, Victor’s youngest brother and a Gordon Club stalwart who had been understudy to Bert Oldfield. He drummed in the basics, but left natural talent to find its own path. I expect it was a family trait, and quintessentially Australian.

Bradman had more than twice the Test average, but the unfailingly selfless Trumper often threw his wicket away to let others have a go

Descriptions of Trumper’s batting suggest he was correct and catlike in his footwork and powerful in his wrists, picked up the line and length early, was comfortable playing good-length balls on the up, and had several strokes for every delivery. His lofted drives, pulls and cuts were perfection, but he was particularly known for his leg-side glances and glides. He could play a fast ball from off stump with a straight bat behind square-leg by closing the face at exactly the right moment.

To this day, Australian batsmen fail, fail, and fail again to emulate Trumper’s famed dog shot – let the ball pass your front pad, jam the closed bat face down, and squirt the ball through the gap left by your raised back leg. Another, slightly easier version involves raising the front leg. Try it some time.

Trumper was an outstanding outfielder with a prodigious arm. He would often amuse the crowd during breaks in play by throwing the ball to Clem Hill on the other side of the SCG, some hundred yards away. He was also a useful medium-pacer. To the outside world, Trumper is the man in Beldam’s photograph. To Sydneysiders, he is still part of the genius loci. The SCG’s Trumper Stand was opened in 2008. A Victor Trumper Society re-enacts Edwardian matches, complete with open-slatted pads, single or no gloves, cream trousers held up by sashes, skull-hugging caps and long-handled bats with taped grips. There is a Trumper Park Oval in Paddington and another Trumper Stand in Gordon. Versions of the photo are ubiquitous, from the logo of a cricketing bookseller to the cover of the old Wisden Australia.

Bradman was the unrivalled technician, Trumper the ultimate stylist

Trumper figures, too, in another part of Sydney folk history, as a founding father of Rugby League: the meeting to establish the code in 1907 was held in his sporting goods shop, and he was its first treasurer. He even played full-back for South Sydney. His generosity made him a poor businessman, but a saintly figure to young boys. He gave away bats, balls and stumps; he paid entry fees for street urchins. Legend has it he once used an ungainly log of a bat in a first-class match to please a young would-be bat manufacturer, and scored a century. The £3,000 raised at his 1913 benefit match went into a trust fund for his family.

Arthur Mailey, once a shoeless ragamuffin from the Sydney slums, described bowling to his hero in a club match. Trumper, after striking several effortless boundaries, was deceived by a dipping wrong’un and comprehensively stumped. Mailey was famously heartbroken: “I felt like a boy who had killed a dove.” Was he better than Bradman? I recall my grandfather, who saw both, saying Bradman was the unrivalled technician, Trumper the ultimate stylist: Spartan v Athenian, Roman v Greek, prose v poetry, quantity v quality. Or, as Neville Cardus put it, Bradman was the aeroplane to Trumper’s soaring eagle.

Bradman had more than twice the Test average, but the unfailingly selfless Trumper often threw his wicket away to let others have a go. Bradman played for some of his career with a different lbw law, making comparisons difficult. 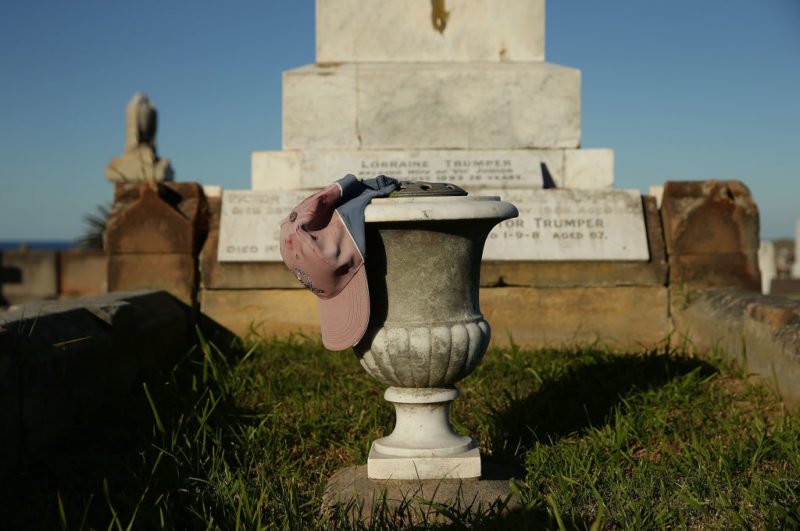 The First World War industrialised cricket, as much else. Nevertheless, Australian schoolteacher Renato Carini, recently examining Trumper’s batting average in difficult circumstances – a sticky wicket, say, or an impossible fourth-innings target – concluded that, while Bradman’s performance was twice that of his peers, Hobbs’s 1.5, and Ricky Ponting’s 1.2, Trumper’s was five. Special pleading, maybe, but it contains the grit of truth. Cardus, who was 14 when he first saw him bat, at Leeds in 1902, remarked that to assess his batsmanship statistically was as futile as judging Mozart by counting the notes. Well, occasionally, by totting up the right notes, the genius is revealed.

Visiting Test teams sometimes still lay flowers on Trumper’s grave at Waverley Cemetery. Jack Fingleton dubbed him “the immortal Victor Trumper”. Anyone who saw him dance carefree down the pitch to meet a ball on the half-volley will never forget it, wrote Australian biographer Percival Serle. Thanks to Beldam and Cardus, with a little imagination, in our mind’s eye all of us cricketers still can invoke that image, and for ever see the eagle soar.