The best in world – Virat Kohli was all praise for AB de Villiers after the South African smashed a rollicking 39-ball 90 not out against Delhi Daredevils on Saturday.

Chants of ‘ABD, ABD’ rang loud and fluttering red flags in support of the home team – Royal Challengers Bangalore – set things up nicely at the M Chinnaswamy Stadium on Saturday.

All it needed was for either Kohli or de Villiers to make it a night to remember for the fans. On the night, it was the South African’s turn. 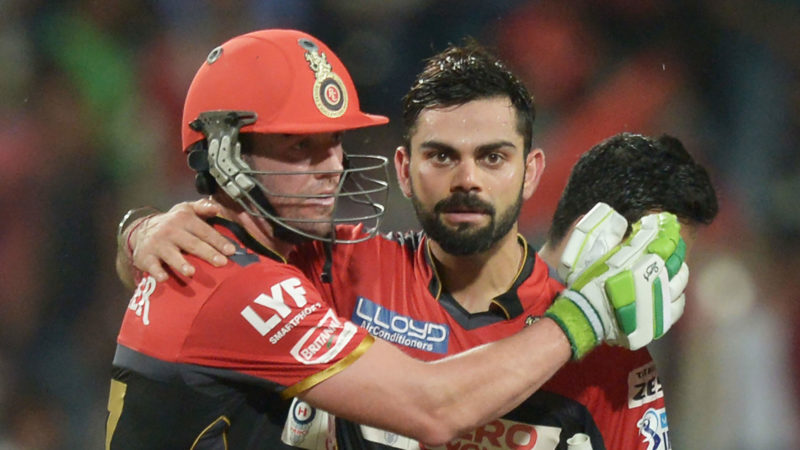 Walking in at a tricky 29-2 in a chase of 175 against Delhi in the IPL 2018 match, de Villiers first added 63 for the third wicket with Kohli (30) and then went on to smash 90 not out in next to no time to take Bangalore to victory with two overs in hand.

“(De Villiers) gives us plenty of reasons to smile,” gushed Kohli after the match. “We understand situations, understand each other’s games well. But AB just keeps taking the game away and that’s why there’s no doubt why he’s the best player in the world.”

De Villiers came into the tournament after a great Test series against Australia, where he scored four half-centuries and a century as South Africa won 3-1, but had been up and down for Bangalore in the first few games. It started with a 44 and a 57, but then he returned 20 and 1 as Bangalore slid to three defeats in four games. 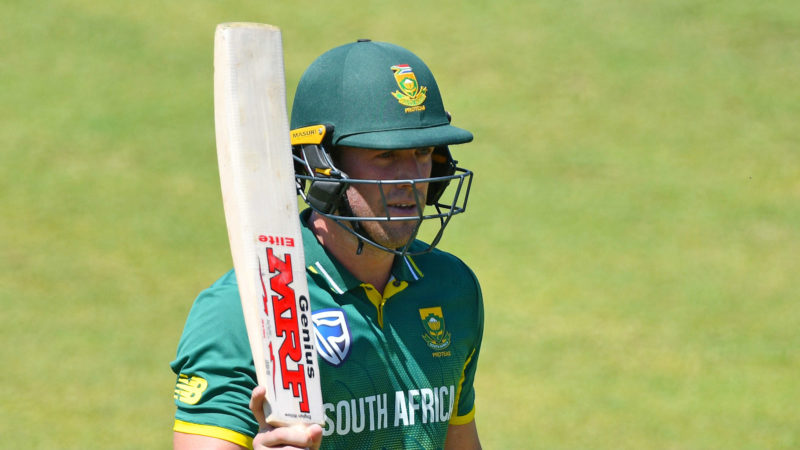 “One of those nights when you see the ball well,” said de Villiers simply of the secret to his swashbuckling.

“The last two innings I wasn’t hitting it too well, but today I felt it coming off the middle, watched it nice and early, bought myself that extra split second to make decisions and that’s when I need to cash in,” he added.

“When I do start doing well, I try and go after the bowler and try and put him under a lot of pressure. When you do get on top of the bowler you have to take him down. I kept feeling good at the wicket, kept seeing the ball well kept hitting it well. I never decided to be aggressive, just the little moments in the game I felt I needed to capitalise on.”

Kohli was disappointed at not seeing the chase through but lauded Corey Anderson (15) and Mandeep Singh (17*) for getting the job done in collaboration with de Villiers.

“He started off in a great way. My job then became to stick it out, string in a 65-70 run partnership,” Kohli pointed out. “It was a pity I couldn’t stay till the end, but Corey and Mandy did really well to support him. They kept taking singles with positive intent and that is great to see.”

Singh, who stayed till the end, said he felt fortunate to be playing with a player of de Villiers’ stature. “What should I say about AB – everybody knows about AB,” he said. “I feel lucky and blessed to be playing with him. It was one of his best innings. But AB is AB, he keeps on hitting the sixes every two-three days. 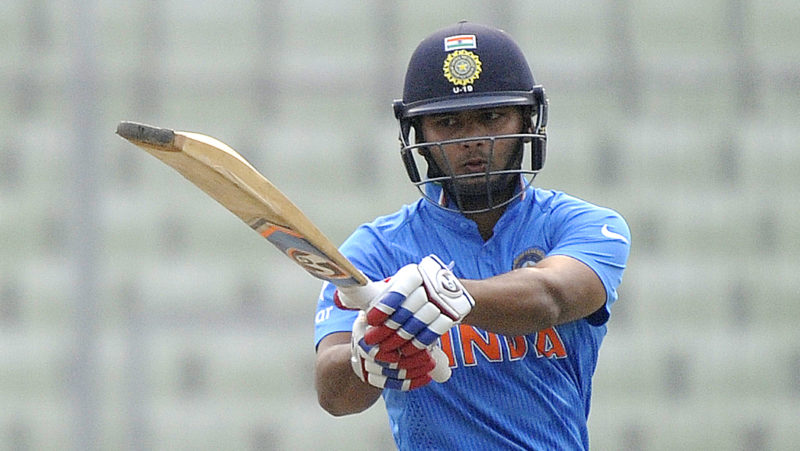 ‘I played well, but AB was the difference between the two teams’ – Rishabh Pant

“I think when he is batting, our job is actually simple because we know how much capability he has.”

The praise came in from the opposition camp too, including from Rishabh Pant, who might have finished on the other end of the result on another day after smashing a 48-ball 85.

“This is how T20 games go on, I played well, but AB was the difference between the two teams,” he said. “We managed a decent score but in the second innings, the excellent batting of AB made the difference. I am just trying to learn from AB and Virat, how easily they score runs.”