Writing in the 2011 Wisden Cricketers’ Almanack after Andrew Flintoff’s retirement, now-national selector Ed Smith examines the aura and enigma of one of England’s greatest all-rounders.

When Andrew Flintoff walked out to the middle in a Test match he took with him the good wishes of the nation. Cheeky grin, natural stride, helmet off: Flintoff never liked the anonymity of hiding behind a grille. He revelled in making a human connection, with team-mates, with friends, with the crowd. People thrilled to the fact he was a little bit like them – only much, much better at cricket.

In his early days in an England shirt, that popularity rankled with some older pros. “Why the huge cheer? What’s he ever actually done on a cricket field?” one England player asked me before Flintoff really hit his straps.

For a long time, it looked as though they were on the wrong end of the gamble. Would he ever come good? The Flintoff debate seemed to go on forever. Picked for England as a lad in 1998, there was obviously some magic there. But would he stay fit and disciplined enough to deliver? 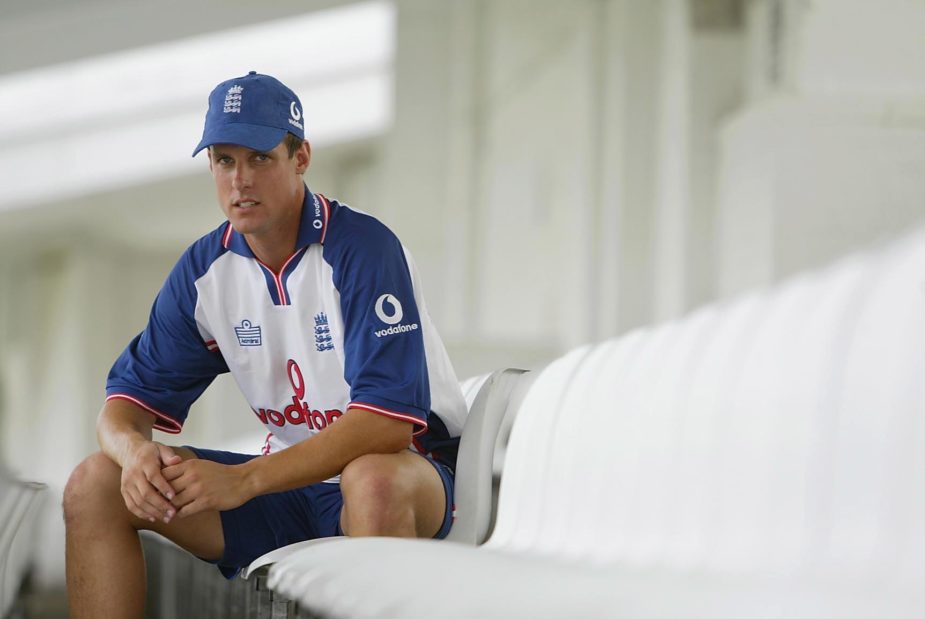 Ed Smith made his England debut alongside Andrew Flintoff

He bowled some seriously quick deliveries on Duncan Fletcher’s first tour as coach, in South Africa in 1999-2000. Was this the real beginning? No, we had some more waiting to do.

So why did the selectors persist? Because Flintoff was different, in every way. He could hit harder than anyone and bowl just as fast. He caught in the slips as though he never considered dropping them, and threw the ball as hard and flat as Andrew Symonds. He could turn games, stun crowds and destroy opponents. Playing for Kent against Lancashire on a freezing day in 2000, I remember him hitting fours at will, mostly off good balls. It was unavoidable: he was Botham’s heir.

From 2003 to 2006, at the peak of his powers, he was that much and more. Flintoff was incredible. He grabbed games and changed their course, he stayed fit and defined series. I’ll never forget the 98 he hit off South Africa in 2003. One blow, no more than a checked drive, looked like it would just clear mid-off. It did more than that. It broke the Oval dressing-room window, just by my left knee, a hundred yards from the middle.

He was even better in the 2005 Ashes. For all the brilliance of his cricket, it was, though, a human gesture that defined the series. When England finally won at Edgbaston, Flintoff’s first thought was to console Brett Lee. It was the finest moment of a great summer. 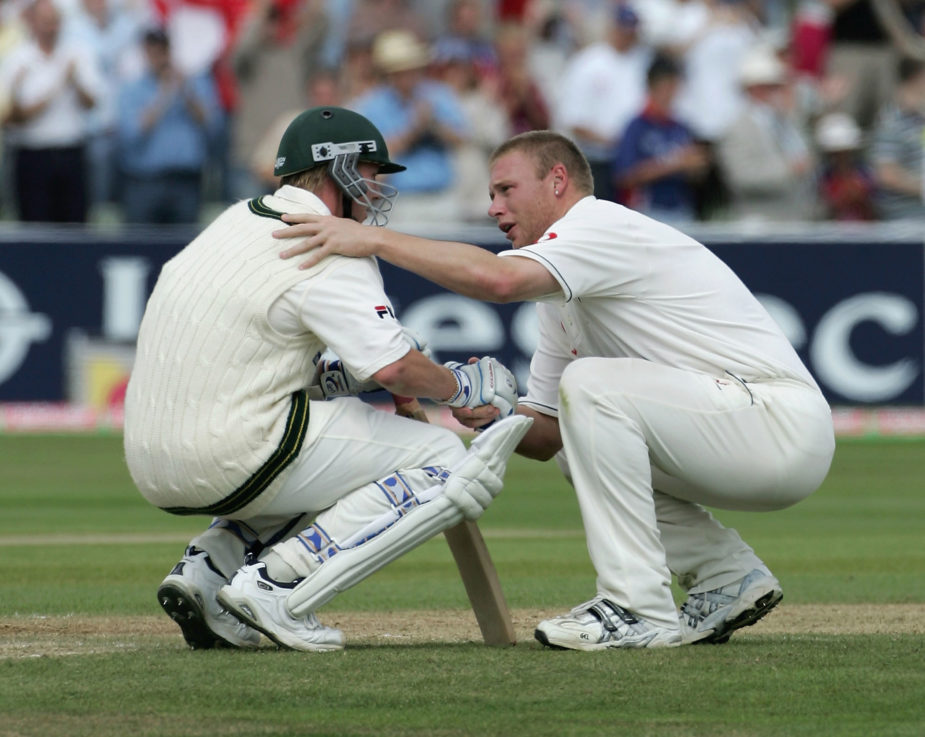 “The finest moment of a great summer”

Flintoff could be a generous colleague, too. On my debut, when England took the last South African wicket, the England players joyously grabbed the stumps and ran off the field. Flintoff walked slowly towards me in the pandemonium, and handed me one of the stumps. I have kept virtually no cricket memorabilia. But that stump I’ll have for the rest of my life.

The timing of his retirement was unsatisfactory, more a case of bowing to the inevitable than going out on a high. We had all lost track of his injuries. But cricket will miss him.

In Flintoff’s naturalness, they see a reflection of their own humanity and vulnerability
Just before Christmas 2010, his first as a non-cricketer, he gave out the prizes at the BBC Sports Personality of the Year. Again, Flintoff raised the biggest cheer. At the reception afterwards, other sports stars were mostly left alone. Lee Westwood, David Ginola, Graeme McDowell: they were all admired, but not mobbed. Flintoff, in contrast, could scarcely finish a sentence without another fan begging to have his photo taken with him.

People want to meet him, to shake his hand, to buy him a beer – for the same reason they cheered loudest for him when he walked out to bat. In Flintoff’s naturalness, they see a reflection of their own humanity and vulnerability. Many champion sportsmen have cold, wary eyes. Flintoff doesn’t.

For all his brutal hitting and fierce bowling, you sense an enduring softness. That juxtaposition of the heroic and the ordinary does not come along very often. In fact, I cannot think of anyone else who has it. 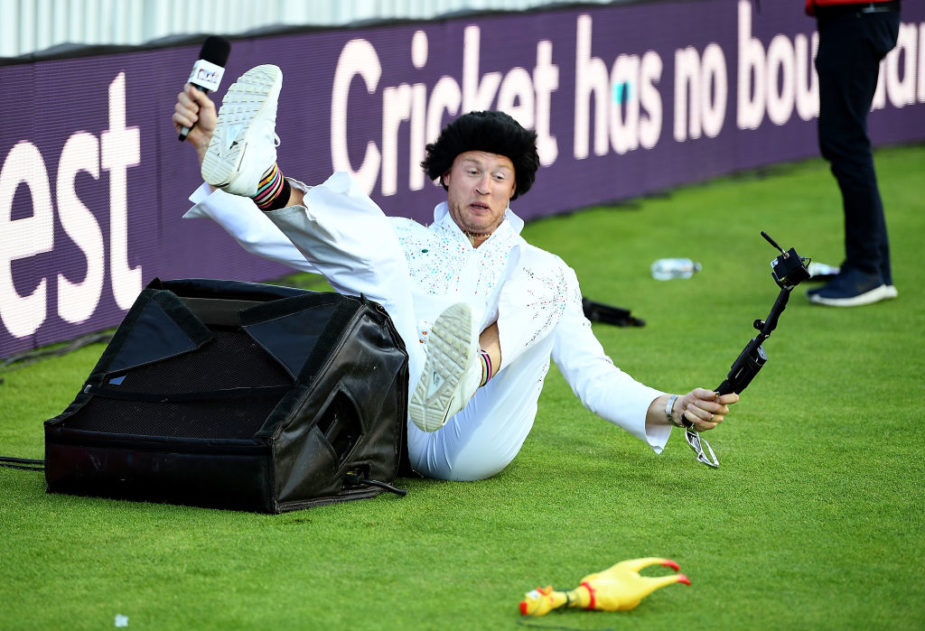 The pitfalls of fame?

Flintoff will always have the look of someone who could be your mate. That’s why he’ll need some good ones, now more than ever. It is cruelly ironic that fame latches on to the most human personalities.

It is vulnerability that people love in celebrities; but being loved by so many people tends to exacerbate that vulnerability. It is the cycle of celebrity. Whatever he does with the rest of his life, Flintoff will always raise the biggest cheer of the night. That popularity will keep him famous and make him rich. There is always a danger in that.

Related Story: To say Duncan Fletcher did nothing for English cricket is a joke – Flintoff
Perhaps he has thought more than enough about the pitfalls of fame. And anyway maybe this is not the time. Either way I can hear his voice in my head as I write this. “Enough of the long words, Ed, buy me a beer.” I will indeed. We all owe you one, Fred.

First published in the 2011 Wisden Cricketers’ Almanack. Ed Smith is now an author and national selector of the England cricket team.