Alec Stewart, who celebrates his birthday on April 8, did not have an easy route to the top as a Test batsman. Mike Selvey recalled his early struggles when he was named a Wisden Cricketer of the Year in 1993.

It was at Lord’s, midway through the morning session of the fourth one-day international last summer, that it was spotted. Alec Stewart, England captain for the day, opening batsman some days, floating middle-order batsman other days, infielder, outfielder, shake-it-all-about-fielder and wicketkeeper, was standing behind the bowler’s stumps, quietly buffing the ball on his flannels as, with a wave here and a flourish there, he set the field. “Omigod,” said someone, “I think he’s going to bowl.”

He didn’t, of course, but it is testament to the image that he has created that the possibility even fleetingly crossed the mind. Through sheer honest endeavour, schoolboy-ish ‘me sir, please sir’ enthusiasm and a willingness to fit into any role in any circumstance, Stewart first of all made his versatility a reason to select him over others. Then, having got into the England side, he made himself indispensable. Brisk and polished, he became the very model of a modern professional. One day, perhaps, an Italian club will buy him for five million quid. 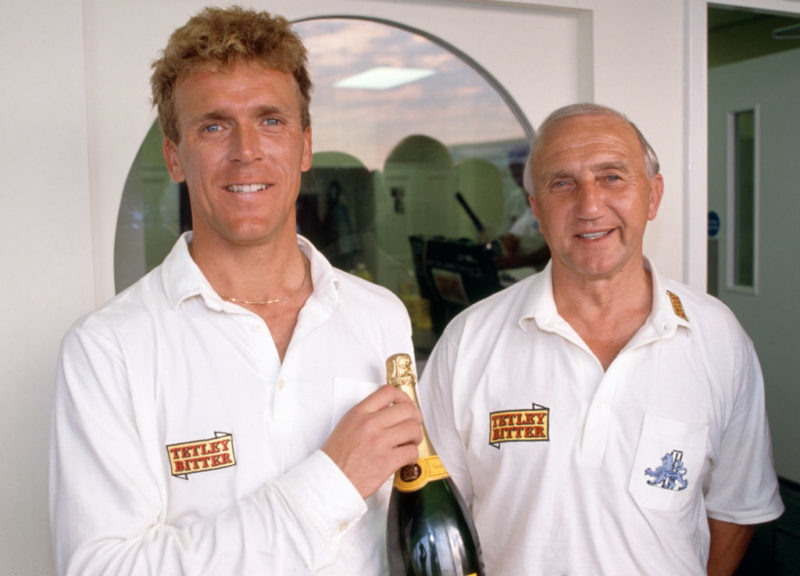 Alec Stewart and his father Mickey

The rise of Alec James Stewart – born in Merton on April 8, 1963 – to the position of England vice-captain, acting-captain and genuine Test-class batsman has surprised many. It is not that the pedigree was absent: the fact that Micky Stewart, the recently retired England manager and former Test player and Surrey captain, is his father is unknown only to recent returnees from the planet Jupiter. That in addition his mother, Sheila, was a top netball and hockey player is less well-documented. It was a family environment conducive to the production of a young sportsman.

His cricket progress was through the ranks: Tiffin School, junior Surrey sides, Surrey second team during his final school year, and finally, when he left school at 18, actually on to the Surrey staff – Micky was manager – where he has been since 1981. Simultaneously, he began an association with Australian grade cricket, playing season after season with the Midland-Guildford club in Perth.

If his batting skills were learned at The Oval, it was the Aussie school of hard knocks that instilled in him a mental toughness, a desire to give as good as he got, to mix it verbally. So when, on his first tour, and playing only his second Test, he crossed swords with Desmond Haynes at Trinidad, Haynes by no means got the better of him. And if sometimes – as in the ‘ere-we-go atmosphere of the World Cup – his behaviour panders uncomfortably to the yob element in the crowd, then at least he has spark.

No one can say that success has come easily. He has always appeared to be a well-organised, busy, bat-twirling player, perky as a parrot, capable of making entertaining runs, but lacking, apparently, the commitment to register the big scores that get noticed: the first ten years of his career had brought him just 16 first-class centuries. Had he not developed his wicketkeeping he might even now not have received the chance in international cricket. 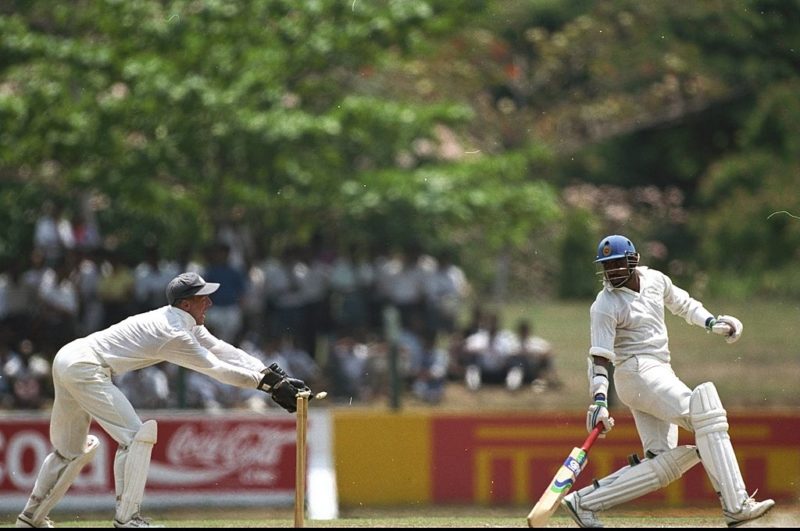 Yet even having made the squad it was not easy to establish himself. Time after time, he played fluently and well, getting set at the crease, only to waft once too often and depart, muttering to the sky, aware that not capitalising on good form is a criminal offence in cricket, for the bad times are only just around the corner. It was, then, to his credit that he worked so hard to eliminate from his game vulnerability to the slip cordon, and became greedy for greater things.

Dropped after the disastrous tour of Australia in 1990-91, he was recalled, much to his surprise, to keep wicket in the final Test against West Indies that summer. It was an opportunity he could not afford to miss; and he took it. England won memorably. Two weeks later he scored his first Test century, against Sri Lanka, and in the 17 Test innings after his return he scored 952 runs at an average of 68.00. There is an air of authority about his cricket.

If his batting skills were learned at The Oval, it was the Aussie school of hard knocks that instilled in him a mental toughness

Now he is also free of the shackle – real or perceived, media figment or not – of being the son of the England manager. It is a relationship that has always created debate. Nepotism, some have cried, has smoothed his progress. Nonsense, say others, if anyone has been held back it has been Alec because of Micky’s need to be seen to be scrupulously fair to others.

Father and son, for their part, have always gone out of their way to eliminate the whole issue, with Micky insisting that, in cricketing terms, he has not had a son, and referring to Alec simply as ‘Stewie’, while Alec has attempted to divorce himself from it by calling his father manager even at home. At times it was too much, synthetic almost.

Related Story: How Surrey are helping in the fight against Covid-19, one phonecall at a time

Micky was there in Jamaica when Alec walked out to bat for the first time as an England player, and when he scored his first century. He was there when Alec, under considerable pressure to succeed, held the catches behind the wicket that helped beat the West Indies at The Oval.

But never once was there a public acknowledgement of father’s pride in his son. Are they really such a dispassionate family? Of course not. “He’s been absolutely delighted for me,” said Alec, “and he’s told me so. But he was never going to show it publicly, was he? I think he always felt it could be misinterpreted, and that was the last thing he wanted. He’s done nothing but treat me fairly.” So now we know. Besides which it is no longer an issue. Alec Stewart has long since been his own man.

This article was first published in the 1993 Wisden Cricketers’ Almanack. See more from the Almanack archive.