Andrew Caddick made his England debut in 1993 but it took him a while to perform consistently. After a golden summer against West Indies in 2000, he was a Wisden Cricketer of the Year. Here’s David Foot’s tribute to his comeback.

Andrew Caddick’s return to favour as a Test bowler was a triumph of resilience and resolve. He defiantly answered those sceptics who made blanket judgments, questioning whether he had the stomach – or, more relevantly, the temperament – for the highest level. He justified the belief of his loyal devotees in the West Country, who had been mystified and then angered by his vulnerability as an England player.

Caddick, sensitive by nature and pained by his omission, had waited impatiently for the overdue call to come again. When it did, against New Zealand in 1999, he demonstrated that he was capable of being one of the most challenging bowlers in the world. Opinions were readjusted; former criticisms, some of which, from his demeanour and less impressive past performances, seemed partially valid, were discreetly forgotten. Often, in South Africa and then last summer against West Indies, he bowled with devastating effect. He had rectified any suggestions of flaw in line and length; his bounce was, for the batsman, more difficult than ever; he genuinely surprised many by the pace and aggression he summoned up. 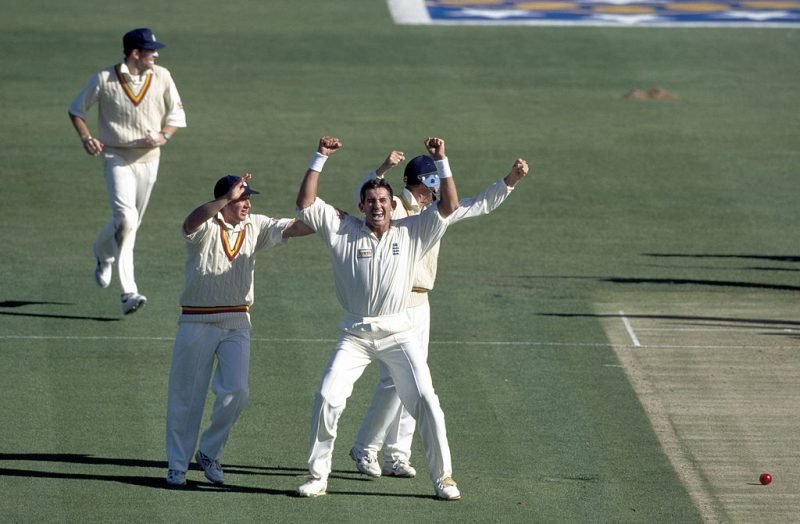 Never a bowler who relied on speed alone, what Caddick has always possessed is a controlled rhythm. Stamina has not been a problem. Indeed, as successive captains will tell you, it is hard to retrieve the ball from him when the overs are mounting and he senses success. He is a tall, lithe figure who looks like his fellow New Zealander, Richard Hadlee, as he strides purposefully to the wicket, heel distinctively planted first with every step. But to say he is a dead-ringer for Hadlee is not quite true. Dennis Lillee was, he admits, more of an influence.

Andrew Richard Caddick was born in Christchurch on November 21, 1968, of English parents – from Liverpool and Newcastle – and one would have expected New Zealand to want to hold on to him. He was, after all, in their squad for the 1987/88 Youth World Cup in Australia. Instead, he says, little interest was shown in him and his aspirations. The idea of a cricket career appealed, however, and his instincts and genes beckoned him to England. Wickets for Hampstead in club cricket brought him to the attention of several counties, with Somerset prepared to gamble on a four-year qualification period.

In the West Country, his progress was excitedly monitored. He played for Clevedon and was the best for miles; for Somerset’s second eleven he took 96 wickets in 1991 to win the Rapid Cricketline Player of the Year award, having made his first-class debut earlier that summer against the West Indian tourists. Desmond Haynes and Richie Richardson were his first victims. Against Lancashire at Taunton two years later he took nine for 32 to earn his England debut; in 1998 his marvellous total of first-class wickets was 105. It counted for absolutely nothing when it came to selection for Australia.

Everyone agreed he was not at his best during England’s previous winter’s tour of the West Indies. On his first visit to the Caribbean, in 1993/94, he had been England’s leading wicket-taker. On his second, control of length and line, so often his strength, let him down. He went into his shell, and there were murmurs about his attitude. But his lack of wickets could be attributed to a temporary technical blip with his bowling arm; disappointingly, no one in the England hierarchy pinpointed the problem. Instead, Caddick was marginalised.

Desperately disappointed not to be selected for the Ashes tour, he was hurt by the rumours that he was not a good tour man. Never an extrovert, or an easy communicator, he was apt to alienate some cricket writers when he needed them on his side. And because he cloaked his emotions, he was seen as something of a cold fish. Fellow-players said he did not smile enough.

What the management failed to grasp was that he could still be a match-winner. But the attention and psychology had to be right. As they would be under the new regime of Nasser Hussain and Duncan Fletcher. “I’ve personally benefited in the way I’m handled and encouraged,” he acknowledges. “I’m a quiet person, someone who needs his own space. I don’t like hassle. In the past, people were given the wrong impression of me.” The evidence of his resurgence has been plain. That brooding persona has disappeared; the cameras have captured hitherto unrevealed smiles. 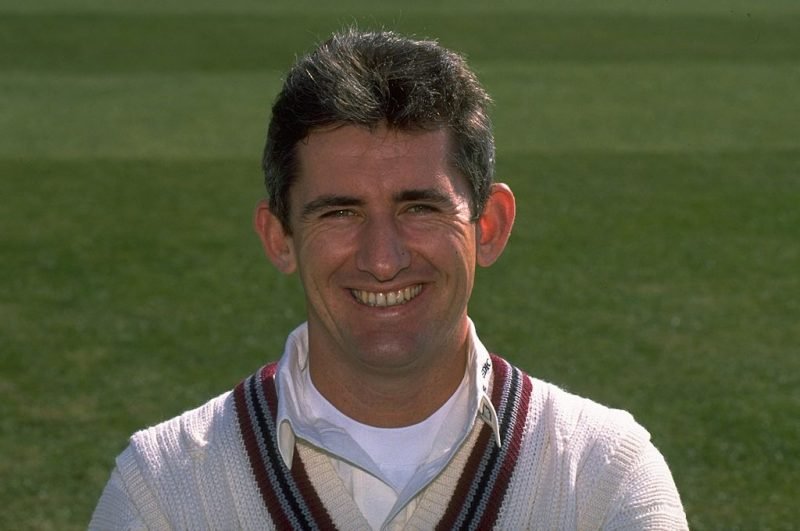 Caddick made his Somerset Second XI debut in June 1989

Caddick’s transformation at the highest level was certainly dramatic. In the first two series of his comeback, he was England’s top wicket-taker, including Test-best figures of seven for 46 against South Africa in Durban. Last summer against West Indies he took 22 wickets at 19.18, with nothing more riveting than his five for 16 off 13 overs at Lord’s. “It has to be the highlight,” he says. Seven weeks later he bettered that return with five for 14 in 11.2 overs – four wickets in one stupendous over – as West Indies crashed in two days at Headingley.

Back in 1992, Martin Crowe, New Zealand’s captain, phoned him. “Why don’t you come home and open the bowling for us?” he asked. Even then, however, Caddick was already in spirit a county cricketer and a future bowler for the country of his parents. He was 32 last November; married to Sarah with a daughter, Ashton. On the circuit, he is considered not only an excellent bowler but also a valued craftsman off the field. He carries a screwdriver in his coffin and has a practical suggestion for anything that needs fixing. It was nearly the family plastering and tiling business for him when he left school. That would have been a real loss to cricket.