It took a while for Andrew Flintoff to arrive as a Test cricketer but when he did, he made a seismic impact. Tanya Aldred wrote this tribute to Flintoff after he was named a Wisden Cricketer of the Year in 2004.

Did you see it? That Sunday morning at The Oval when, in late-summer sunshine, a blond Apollo destroyed South Africa with a joyful 95. There always was something about Andrew Flintoff, this amiable giant who carved into the bowling, a farmhand delighting in the coconut shy. His spine-tingling whirl of the bat, exaggerated defensive shot and love of replaying his own strokes in slow-motion made him a crowd favourite and annoyingly impossible for the armchair punter to switch off. For too long, though, he had been a might-do, haunted by back trouble that threatened his bowling career, a comfortably upholstered physique, and inconsistency in the face of the hype that has surrounded every English all-rounder since Ian Botham.

But, in 2003, he became a can-do at last. First, quietly, he was England’s best player at the World Cup. Then, explosively, he lit up the second half of the African summer, lifting spirits at Lord’s with a bat-smashing 142 in England’s grotty defeat, then setting up an improbable win with that wonderful innings at The Oval. There were other cameos in between, too. He walked off with the England man of the series award and averages to flaunt. Not that figures have ever done him justice: they ill-define his threat, his heart and the will of the crowd, gulping on their hasty return from the bars as he makes his jerky, proud way to the crease. 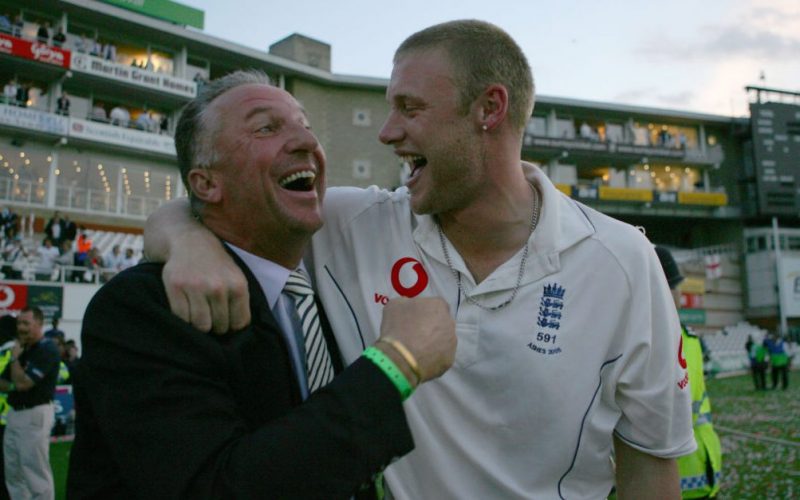 Andrew Flintoff was born on December 6, 1977 in Preston, Lancashire, where he lived until he was 21. His first game came as a six-year-old, when Dutton Forshaw Under-13s were short and he scampered around in a Manchester United tracksuit. At nine he was turning out for Lancashire Under-11s, although he did not get around to watching the first team until he was on the staff: even when they came to play at Blackpool and his brother went to the cricket, he preferred to go to the amusements at the Tower.

The young Flintoff played chess for Lancashire but at secondary school cricket was “for posh lads”, so he played football to save face, and kept cricket for the weekends. In search of tougher competition he moved clubs to St Annes, continued playing for Lancashire age-group teams, and at 16 won a three-year county contract. The Old Trafford dressing-room, stuffed with big names, was a daunting place for a teenage beanpole. “I couldn’t say anything for about three years,” he recalls.

He was 15 when John Stanworth, the former Lancashire wicketkeeper who moved on to the coaching staff, first called him Freddie.

A spell behind the record counter at Woolworths was followed by an England Under-19 trip to the West Indies, where he injured his back again after bowling himself into the ground. The problem remained when, aged 20, he was picked for his Test debut against South Africa. He was greeted coolly in the dressing-room and the reception grew icier when he tried to hit Jacques Kallis over extra-cover for six in his first innings and was caught behind for 17. In the next Test he made a pair and was dropped.

What followed was a helter-skelter ride of injury, disappointment, jubilant innings – like the devastating 135 against Surrey in a NatWest Trophy quarter-final in 2000 – and humiliation, when the England management hinted publicly that Flintoff was overweight. (He followed this up with a match award against Zimbabwe, describing it as “all right for a fat lad”.) At the end of a dismal 2001 season, when he had made only two Championship fifties and his love of a good time was threatening to ruin his career, he was given a rocket by his personal management team. 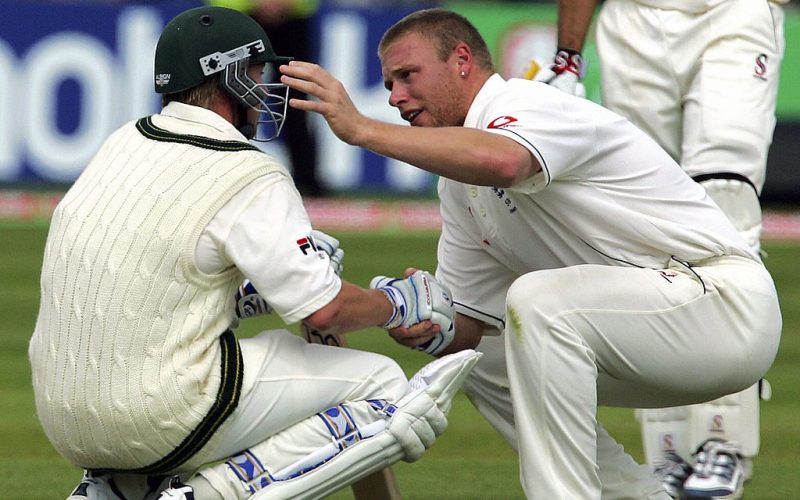 He asked to go to the England Academy that winter but, thanks to a Duncan Fletcher hunch, ended up in India opening the bowling, specialising in Nasser Hussain’s version of leg-theory to Sachin Tendulkar. He dates his change in fortunes to that tour – even though, transfixed by Anil Kumble, he was hardly able to make a run. His maiden Test hundred came against New Zealand the following March but the summer of 2002 was botched by indecision over when he should have a hernia operation, and he missed the Ashes Tests that followed. But by the time he came back from the World Cup – he finished as the tournament’s most economical bowler – he felt he knew himself and his game.

Batting is getting easier. He is learning to build an innings even when he admits out of touch, and is reining in his instinct to deposit every ball out of the ground. “It has probably taken quite a while longer than I and everyone else hoped,” he admits. Now he wants to work on his bowling – which he admits, despite sterling performances for England as the old hand in an inexperienced pace attack, he has not given enough attention. He has his eye on developing a ball that goes out when he wants it to, and taking more Test wickets to correct a puzzlingly high average.

Flintoff is big-hearted, genial, humble, unselfish – and surprisingly shy: he still gnaws his hands in press conferences. He loves the companionship of the game, and can often be found sitting in the Old Trafford dressing-room even when banned from playing for Lancashire by England. He was 15 when John Stanworth, the former Lancashire wicketkeeper who moved on to the coaching staff, first called him Freddie. He has been stalked with cartoon expectations ever since. When he cracked it last season, it was the most heart-warming performance by an English all-rounder since… well, let’s not go into that.

First published in the 2004 Wisden Almanack