Ashley Giles overcame the doubters to become a key member of England’s 2005 Ashes-winning side. At the start of that summer, he had been named a Wisden Cricketer of the Year.

The England selectors, once famous for trying players and hurriedly discarding them, no longer dispense with their cricketers lightly. The career of Ashley Giles is exemplification, and perhaps justification, of this policy. At the start of the 2004 summer, Giles appeared to be on his last legs as an international cricketer. He had played 33 Tests, but was rarely dominant or, to many observers, convincing. After a barren tour of the Caribbean, he was treated with disdain by the New Zealand batsmen in the first innings at Lord’s; at Headingley in the next Test he was wicketless, and “absolutely shattered”.

“I hadn’t contributed to the victory,” he recalls. “I didn’t feel part of the team. I was getting abuse from the crowd. I was reading in the press that Paul Collingwood’s bowling would be of more use to England than mine. I was not happy.” He told his wife: “I’m not sure how much longer I can take this.”

At Trent Bridge before the third Test he turned to the team’s psychologist, Steve Bull, a familiar figure around the England camp, and a friend. Giles poured out his frustrations; Bull asked Giles to write down how he was feeling, how he was affected by the crowd’s attitude and what his new goals were to be. It’s a routine that he is unlikely to forsake for a while. Whether the wonders of sports psychology did the trick, or his own inner steel, Giles’s season was about to transform. Immediately, he was more relaxed: “Instead of fretting solely about where the next ball would land, I was thinking about field placements and different ways to disrupt batsmen.” Giles took six wickets at Trent Bridge, and scored 81 unbeaten and vital runs.

That was just the start of a wondrous summer in which, contrary to all expectations, he became England’s match-winner. In the following two Tests against West Indies he took 18 wickets. Suddenly he could arrive at a Test ground without eyeing the pitch apprehensively and wondering whether he would get a game. Giles took 31 Test wickets in the summer of 2004. 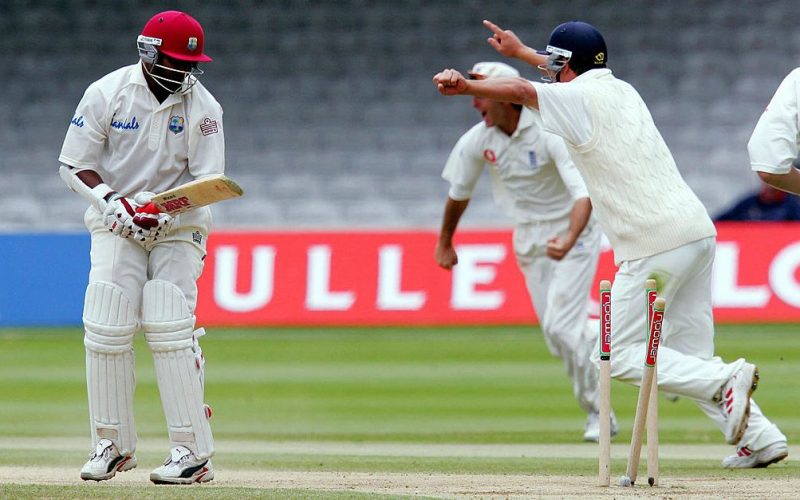 Three of them stick in his mind. There was the dismissal of Scott Styris when Giles was in the doldrums at Lord’s. “Still bowling that negative stuff over the wicket?” goaded Styris upon his arrival at the crease. Giles stayed over the wicket, yielded nothing and soon had Styris snaffled at silly point in a spell that ensured his survival as a Test cricketer. At Trent Bridge he dispatched Chris Cairns, a formidable slayer of spin bowling, with a delivery – from over the wicket, of course – which pitched leg and hit off stump. But the one to treasure was his 100th Test wicket, at Lord’s.

Giles had never bowled to Brian Lara before, except in the nets at Warwickshire. In the second innings Lara shimmied down the pitch, misjudged the length, and the ball turned obligingly out of the rough and through the gate before hitting middle. Perfect. Giles was to torment all the West Indian left-handers throughout the series but to dismiss Lara in this manner highlighted his metamorphosis. Now the ball was dipping in the air and spinning upon arrival. For the first time in decades an English spinner dominated a home series. 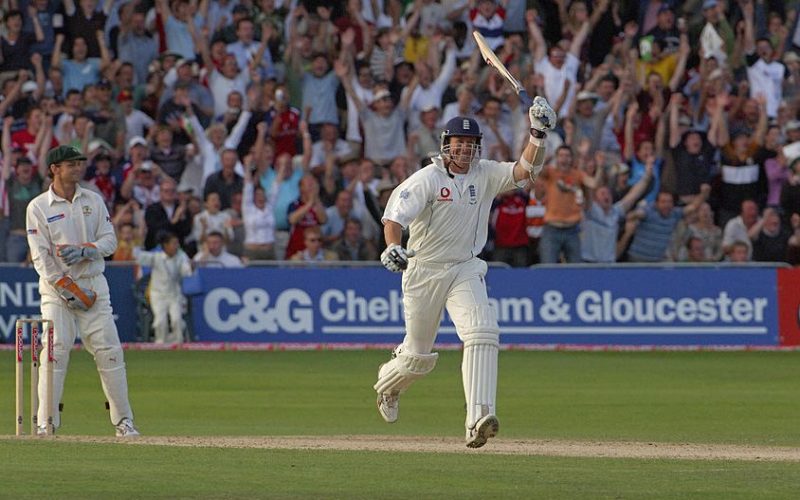 Yet Ashley Fraser Giles, born on March 19, 1973, was never a spin bowler in his youth. In his teens he was a seamer, good enough to play for Guildford CC at 14 and arouse the interest of Surrey. A back problem compelled him to turn to spin, which was not in Surrey’s plans. So after writing several letters to other counties, he arrived at Edgbaston as a 19-year-old untutored in his new role.

Soon, though, he became a reliable, engaging member of the Warwickshire side. He made fleeting appearances in the Championship-winning team of 1995 and was a regular thereafter. His Test debut was against the South Africans at Manchester in 1998, but it wasn’t until the 2000-01 tour of Pakistan, where he took 17 wickets in three Tests, that he established himself in the England side. Since then no spinner has been preferred to him, though others have appeared whenever his troublesome Achilles tendon has flared up.

For much of the time his ability to muck in and to scramble a few runs down the order, coupled with a genial, open temperament, seemed the key reasons for his longevity (he became a close friend of Michael Vaughan before he was appointed England captain). Now Giles can be viewed as something of an innovator. He has become a leading proponent of the left-arm spinner bowling over the wicket to right-handers. In India in 2001-02 this produced cricket of almost unbearable tedium as he consistently pitched the ball 12 inches outside the leg stump of Sachin Tendulkar.

But after 2004, Giles can protest with some justification that this line of attack can be an aggressive option. He now bowls very close to the stumps and aims to pitch the ball on leg stump so that batsmen have to play. Left-arm spinners around the county circuit are increasingly copying the Giles way, but they may have to wait a while to replace him. Giles has come to view the 2004 season as a watershed: “the start of the rest of my career”.

This article first appeared in the 2008 Wisden Cricketers’ Almanack. You can pre-order this year’s Almanack here.