Brett Lee was the fast-bowling spearhead of a great Australia team in the middle of the last decade. After his valiant role in the 2005 Ashes, he was selected as a Wisden Cricketer of the Year.

He started the summer branded a cynical assassin, allegedly terrifying rival fast bowlers with 90mph beamers. Towards the end of the year, Brett Lee was being pelted with fruit by baying yobs as he patrolled the boundary at Eden Park in Auckland.

In between, he was adopted by that most unlikely constituency, the Barmy Army, the same comedians who, during the 2002/03 Boxing Day Test at the MCG, had taunted his every delivery with calls of “No-ball!” after suspicions were raised about his action. By any standards, Lee – never easy to define as either a bowler or a personality – had a remarkable 2005. Above all, he had a remarkable Ashes. From his leaping delivery and health-threatening thunderbolts to the dazzling smile that rarely faded, from his intelligent slogging in the final-innings run-chase at Edgbaston to the stoicism he showed in taking his licks from England’s pace battery throughout, Lee left an enduring image of vivacious engagement. 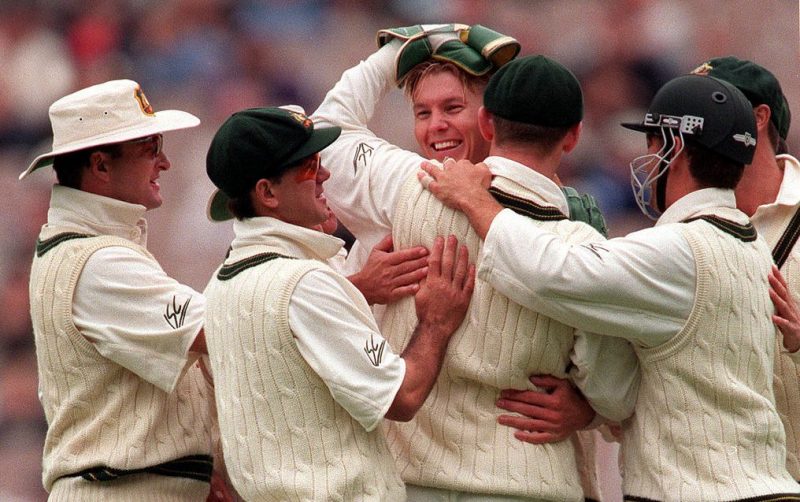 It was not achieved through his statistics. He took 20 Ashes wickets at a very ordinary 41.10. His best return was 4-82 and his strike-rate was a wicket only every 57 deliveries. With the bat, Lee scored 158 at 26.33: respectable, but still eighth in the Australian averages.

But Lee made an impact that transcended figures. His two most memorable performances arrived at Birmingham and The Oval, the first when Australia might have taken a 2-0 series lead, the second when they were striving against the odds to claw their way back to parity and keep the Ashes. That his team fell short in both endeavours could not detract from his heroism. With Glenn McGrath injured at Edgbaston, he had to carry the pace attack and found himself being hit for 18 by Marcus Trescothick the over before lunch on the first day. But Australia clawed their way back into the game and, on the third morning, Lee struck dramatically. In two overs of quite frightening pace, he removed Trescothick, Michael Vaughan and the nightwatchman Matthew Hoggard – he should have had Kevin Pietersen caught behind first ball, but Billy Bowden didn’t hear the nick.

Then came Sunday when the last pair, Lee and Michael Kasprowicz, needing a seemingly impossible 62, famously fell just short. Lee, at the bowler’s end, sank to the pitch in exasperation. It had been the noblest of efforts. It was then that the lasting picture of the series was frozen. Andrew Flintoff, who had done more than anyone to win the Test for England, interrupted his celebrations and put a consoling arm around Lee’s shoulders: his unbeaten 43 was the stuff of cricketing myth. 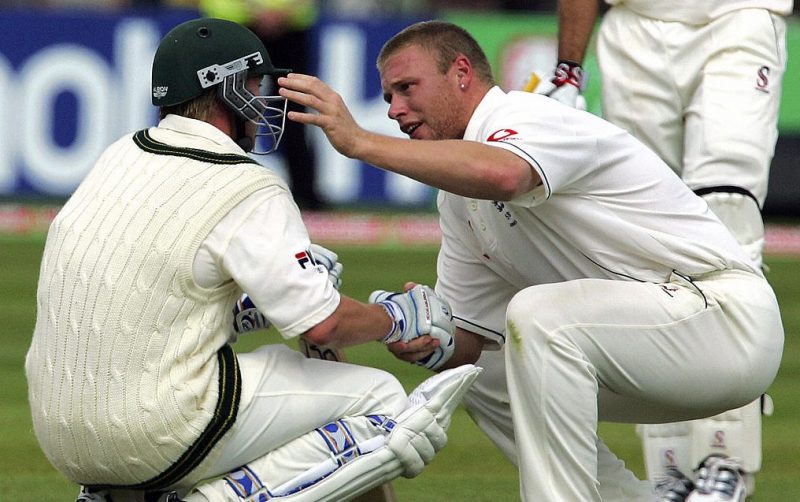 A month later came the climax. Ricky Ponting threw Lee the ball at The Oval as England were hanging on for a series-winning draw. That he went wicketless in 20 overs will leave historians with the impression Lee’s part was minor. It was not. He showed ferocious commitment – “He was bowling at the speed of light,” Paul Collingwood recalled later – and he should have had the centurion Pietersen caught by Shane Warne at first slip for 15. When the series was lost, Lee was graciousness itself. And he had no cause for anything but pride: he had revived a Test career stalled for two years when he was virtually ignored by the selectors. He was 28 and he was back.

Brett Lee was born in Wollongong on November 8, 1976. Like his name, his background was unpretentious. But his reputation as a fearsome young tearaway reached Sydney before he did. Along with his elder brother, Shane (who went on to play 45 one-day internationals), Brett represented the Oak Flats Rats cricket club where his slight frame and slinging, side-on action – which later caused severe back problems and was completely overhauled by Dennis Lillee – terrorised batsmen across the south coast of New South Wales.

From his leaping delivery and health-threatening thunderbolts to the dazzling smile that rarely faded, Lee left an enduring image of vivacious engagement

At 16, Lee began playing first grade in the Sydney competition for Campbelltown and quickly moved through the state ranks. He later moved to Mosman, where at one stage he shared the new ball with Shoaib Akhtar. Lee never did acquire any airs. He plays in a band called Six and Out with Shane and three other former New South Wales players. (They reputedly drew more to a pub gig in Darwin during the Test against Bangladesh in 2003 than had been to the game that day.) And well into his Test career, he worked in a menswear store in Sydney. Barely 24 hours after a tour of South Africa, he was back measuring clients and signing the odd autograph.

He’s more of a man about town these days, as befits a past runner-up in Cleo magazine’s Bachelor of the Year competition. But he’s a committed cricketer. When he went home after the Ashes and helped clean up West Indies, he decided – in consultation with Ponting – that what remains of his Test career should be played out at full throttle, in bursts of four or five overs.

More than likely, he will be tearing in, teeth glinting in the Aussie sun, when England defend the Ashes at the end of the year. He hasn’t always convinced in Test cricket. But the best might lie ahead.