Chris Woakes took a while to establish himself in international cricket, but after a breakthrough summer, he was named a Wisden Cricketer of the Year in 2017.

By the time the summer started, Chris Woakes feared his Test career was over. He had just returned from a frustrating tour of South Africa and, aged 27, suspected the selectors might look elsewhere. That trip could have turned out differently. Playing in the first Test at Durban because of an injury to James Anderson, Woakes found the edge of Hashim Amla’s bat in his first spell, only for Jonny Bairstow to drop the chance. He bowled tidily for the rest of the match but, when Anderson returned for the next game, Woakes made way.

It was an episode that seemed to sum up his career. Nobody doubted his character. But it appeared he might be one of Test cricket’s nearly men, not quite able to bridge the gap from the county game. Recalled for the final Test, at Centurion, but lacking rhythm after three weeks without a match and aware his future was on the line, he produced a nervy performance, taking 1-144 as England succumbed to defeat. For the first time in his Test career, he felt he had let himself down. In six matches his bowling average was 63.

“I was still confident I could succeed at that level,” he says. “But I wasn’t sure I would have another chance to prove it. When you’ve had that many opportunities, you can’t complain.” Had it not been for a knee injury to Ben Stokes, that chance might never have arrived. But on the day Woakes was recalled to the Test squad in May, he claimed career-best figures of 9-36 for Warwickshire against Durham. “It was like facing 90mph leg-breaks,” said their captain Paul Collingwood.

Even then, Woakes was far from certain to play in the second Test against Sri Lanka at Chester-le-Street. Both Trevor Bayliss and Paul Farbrace, coach and assistant coach, favoured Nottinghamshire’s Jake Ball, but Alastair Cook valued Woakes’s extra ability as a batsman. Cook prevailed.

This time Woakes seized his chance. He produced career-bests with bat and ball, then hit a maiden half-century in the next Test, at Lord’s, and followed it with a superb rearguard to help England tie the first one-dayer at Trent Bridge. They had been 82-6 in pursuit of Sri Lanka’s 287, when Woakes and Jos Buttler put on 138. Woakes finished unbeaten with 95 from 92 balls – the highest score by anyone at No.8 or below in ODIs. A last-ball six from Liam Plunkett completed the escape. 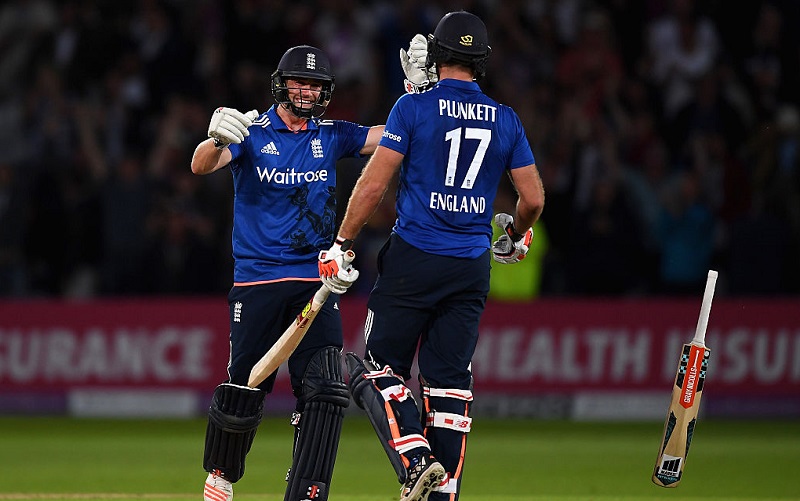 Better was to come. At Lord’s against Pakistan, Woakes claimed 11-102, becoming the first England bowler since Ian Botham in 1978 to take a five-for in each innings of a Test there. He picked up seven wickets at Manchester (and hit a composed half-century as nightwatchman), then five more on his home ground in Birmingham. His 26 wickets at 16 apiece – a series record for England against Pakistan – were testament to his pace, control and movement. He had proved, to himself as much as anyone, that he could thrive in Test cricket.

It was a surprise it had taken him so long. Christopher Roger Woakes was born into a sport-loving family in Birmingham on March 2, 1989. Strongly influenced by his father and two older brothers, he showed ability in all sports and, by the age of 11, was in the youth systems of both Walsall FC and Warwickshire CCC. Spotted by Steve Perryman, a former Warwickshire medium-pacer, Woakes was taught the art of swing bowling – partially by use of a yo-yo to drill the correct wrist position – and by the age of 14 was moving the ball both ways. 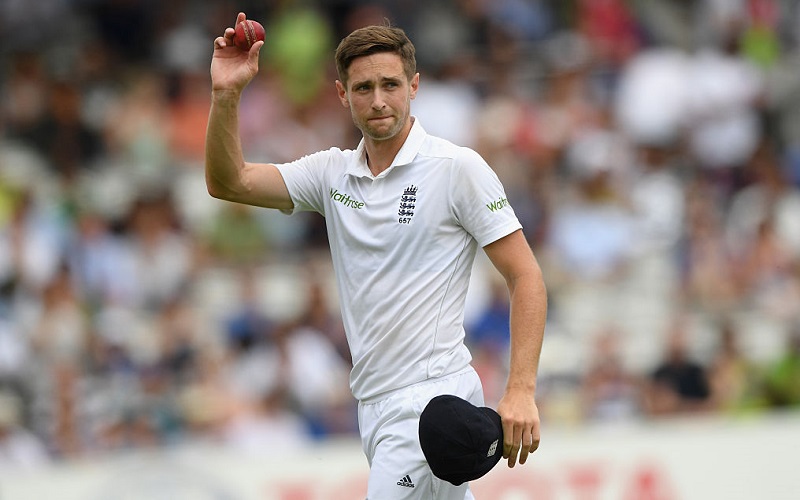 He made his first-class debut as a 17-year-old in 2006, and two years later became the youngest man to finish a season as Warwickshire’s highest Championship wicket-taker. He also developed so much as a batsman that, by the time he made his Test debut at the end of the 2013 Ashes, he went in at No.6.

“It was his attitude that impressed me,” says Ashley Giles, his Warwickshire coach. “He was a bit of a weedy boy physically, but he wasn’t intimidated by any challenge. I’ve worked with a few more talented cricketers – though not many – but never with one who offered more in terms of attitude, commitment and professionalism. If I could clone anyone I’ve worked with, it would be Chris Woakes.”

He had actually made his international debut in a Twenty20 game at Adelaide in January 2011. In those days, England still used white-ball cricket to gauge a player’s readiness for Tests. And, while he claimed 6-45 in a 50-over match against Australia later that month – indeed, he has two of England’s three one-day six-fors – his skills seemed better suited to the longer form of the game. But he lacked the pace to trouble good batsmen on the flat surfaces prevalent in international cricket. So he worked, largely with Graeme Welch, then Warwickshire’s bowling coach, on running in faster and making greater use of his front arm. He developed from a medium-pace swing bowler into one capable of hitting 90mph – and batsmen.

“Those early experiences of international cricket were vital,” says Woakes. “They taught me how much I had to improve, and how big the gap was between county and international cricket.” There had been moments he seemed on the brink of establishing himself. In 2014 he played three successive Tests against India and, while the wickets didn’t flow (he claimed five at 43), his temperament left an impression. “It felt like a breakthrough,” he says. Then injuries intervened. He suffered a stress fracture of the foot, allowing Chris Jordan to take his spot in the Caribbean in 2015. A knee problem let Stokes cement his place as England’s first-choice all-rounder. And a quad strain ruled him out of the tour to the UAE later that year.

A disappointing World Cup had not helped. The 2016 summer started badly too: he describes learning of his friend James Taylor’s illness as “my worst moment in the game”. But it ended with the pair planning to be ushers at each other’s weddings, and Woakes established as a first-choice player in the Test side. And, at a time when the modern face of sport often wears a snarl, he provided a reminder that nice guys can reach the top. “My dream was always to play for Warwickshire,” he says. “But it has gone better than I could have imagined.”