England batter Claire Taylor made history in 2009 when she became the first woman to be named Wisden’s Cricketer of the Year. Scyld Berry paid tribute to the first lady of Wisden.

It is one of sport’s axioms that you can defeat only the opposition in front of you; and one of cricket’s that defeating Australia in Australia is the ultimate achievement. In February 2008, England Women beat Australia Women in a one-off Test at Bowral – only their fourth Test victory in Australia (and two of those had come on their inaugural 1934-35 tour). They were steered home by the single-minded determination of Claire Taylor, who followed a first-innings 79 with 64 not out when set 142 to win. In men’s Ashes cricket, only half a dozen England batsmen have dictated the course of a deciding Test with the same mental strength.

Last summer, as England Women won all nine of the one-day internationals that rain allowed to conclude, Taylor was dismissed only twice by a bowler, and twice run out. In May, she was named England Women’s Cricketer of the Year. In October, she was installed at No.1 when the ICC launched its one-day international rankings for women. In an era when run-scoring has been neither so high nor so fast as in men’s cricket, she has averaged 43 in Tests, 39 in ODIs, and 30 in Twenty20 internationals – and in her early career she was a wicketkeeper-bat rather than a specialist batter.

Samantha Claire Taylor was born in Amersham on September 25, 1975, to a father who played rugby and a mother who had played hockey for Northumbria. The nearest she came to cricket was softball, as the only girl in the Dolphin School team, until she was spotted, aged 13, at a summer sports camp by Carol Bosley, captain of Ridgeway (which then merged with Reading). Hockey was more her game in her teens – she was in the England Under-17 and Under-19 squads as a centre-forward – but, being agile and energetic, Claire also kept wicket from 16, firstly for Thames Valley (starting before women switched to trousers), then for Queen’s College First XI when she went to Oxford to read maths. 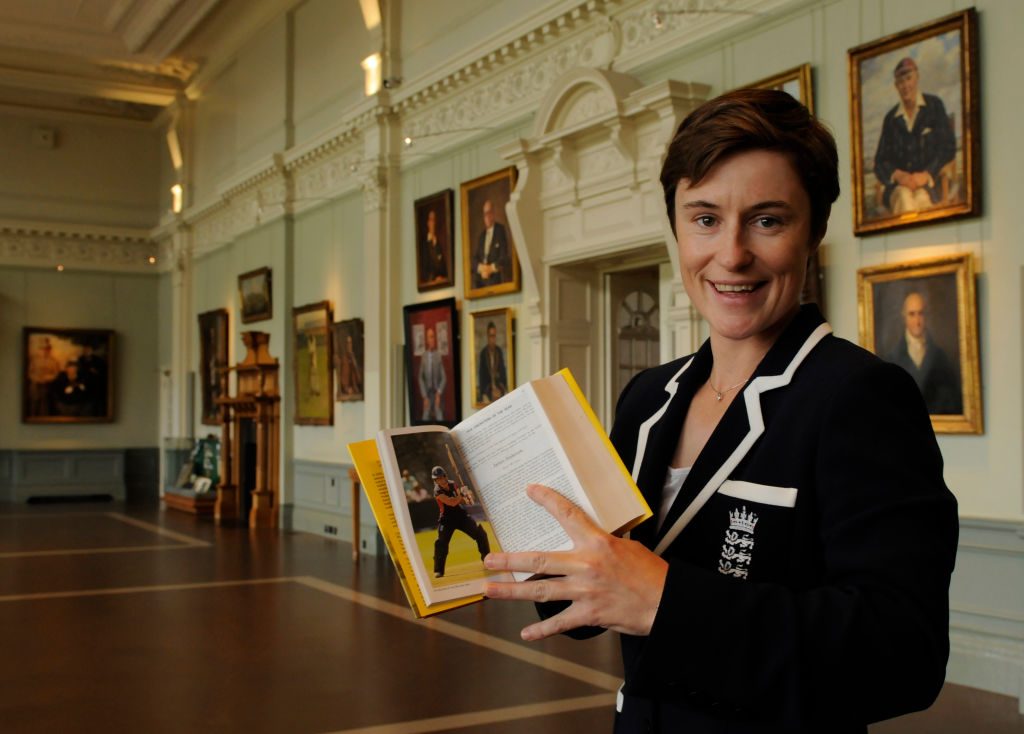 In the men’s college team she learned to play off the back foot, whereas women’s cricket is more of a front-foot game. She also played alongside Iain Sutcliffe, who went on to represent Leicestershire and Lancashire. She won three hockey Blues, and three Half Blues for cricket: in a 50-over game against Cambridge, she hit 158 at No. 3.

Whereas the England Women’s captain, Charlotte Edwards, might be considered a more natural strokeplaying talent, Taylor became renowned for her mental prowess. “Her game is based on doggedness and determination, but it’s her ability to think several overs ahead and work the field around which makes her the world No. 1,” says the England women’s coach Mark Lane.

Whether her mathematical training helps is a matter for conjecture. “I don’t know if other people do it, but when I’m batting at my best I have a 3D awareness of the shape of the field and where the spaces are – I used to play chess at Montessori school. Maths, I think, has given me more control and confidence when I’m calculating the runs per over we have to score.”

So expert are her calculations that England Women became as happy chasing targets as setting them. When she entered the team in 1998, she occasionally played as a wicketkeeper, but by the end of 2005 she specialised as a batter. Then the runs flowed, mainly in one-day cricket (she has played only one game longer than a day apart from her 14 Tests). In 2006, she scored 156 not out against India at Lord’s, the highest individual innings by anybody in a one-day international there. 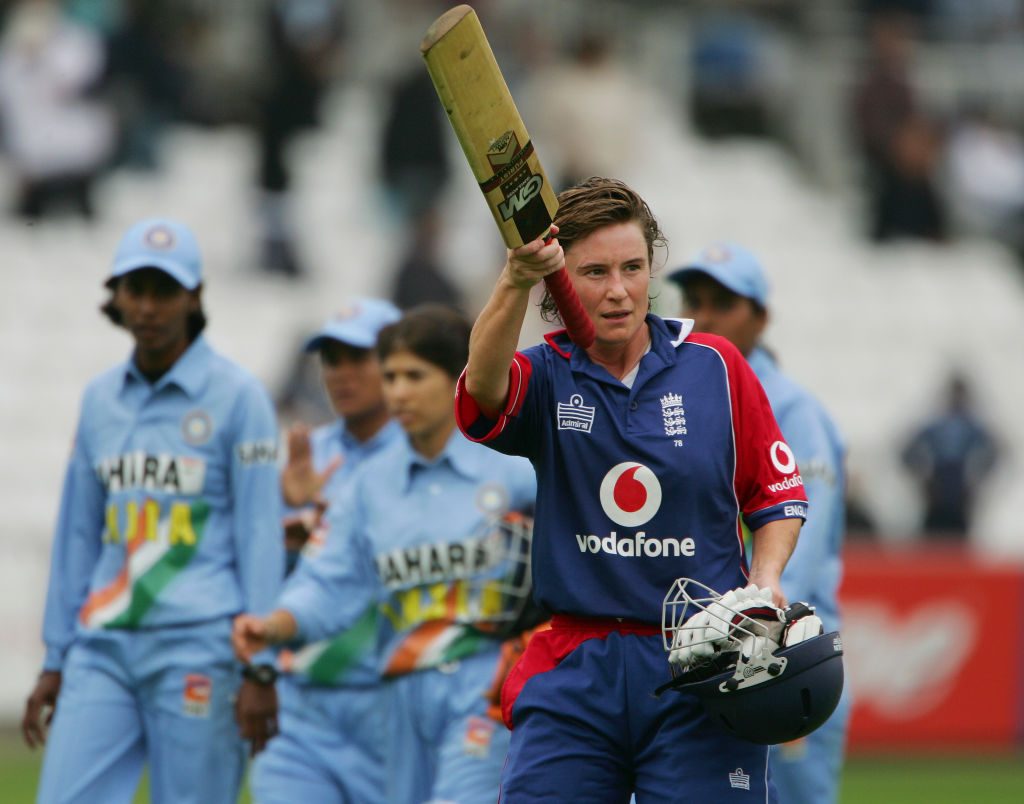 Taylor has the unblinking gaze and fast metabolism of most international batters. She writes a key message or two on her left arm before she bats. Younger team-mates, including her promising namesake (but no relation) Sarah Taylor, have learned from her about gears. “When you go in, it’s a passive-reactive phase and the game flows around you – it’s information-collecting really,” says Claire Taylor. “As soon as I can, I move into the next gear, controlled aggression.”

The Bowral Test began on a green pitch offering the seamers some help every morning – but one of England’s seamers had just pulled out injured shortly before the start. Leading the attack, Isa Guha bowled Australia out cheaply; then a third-wicket partnership of 159 by Taylor and Edwards set up a lead of 90. On the fourth and final day, Australia declared with nine down, as they had to win to regain the Ashes. England were set the sort of smallish target Australia’s men, even when world champions, often failed to reach.

But Taylor had written on her arm a capital J, representing the anchor she aims to be for the team. She also wrote RESP: “a combination of take responsibility, and respect the game and yourself – give yourself the best opportunity to succeed.” And, as always, she played music on her earphones before batting: an amateur violinist, she usually listens to the music which she next has to play in her orchestra. 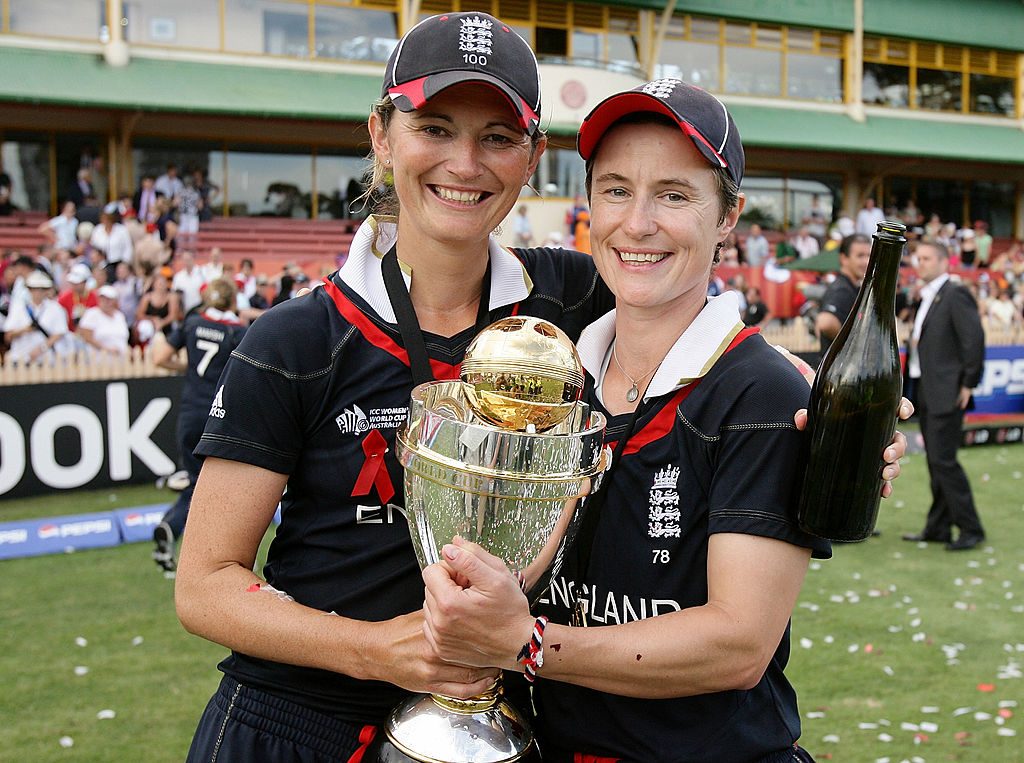 While Edwards was considered a more natural strokeplaying talent, Taylor became renowned for her mental prowess

At this stage of its evolution, women’s Test cricket is similar to that of men’s in the 19th century when it was becoming professionalised: when most players were amateur, and used light bats, and the normal run-rate was around two runs an over, against medium-pace or spin. In the Bowral Test, Australia had two capable spinners, but after England lost their first wicket at 12, the main enemy was fear itself. Taylor had slept little during the game, about four hours a night, waking early and thinking of the day ahead. “I was determined to finish the job, which I hadn’t in the first innings [when she had outside-edged an off-break], because we’d never get another chance like that again.” And she did finish it, to completion, hitting her 11th four for the winning boundary.

There was no money for retaining the Ashes, not even a tour fee; just the intangible rewards of honour, pride and satisfaction. However, thanks to Sport England funding through the ECB, Taylor has been compensated for the time she spends training (she is the kind who goes for a four-mile run before she has a net), and combines cricket with the projects she undertakes as a part-time management consultant.

In addition, eight members of the women’s squad combine training with 25 hours a week as coaches for Chance to Shine. Since taking over women’s cricket in 1998, the ECB have organised it excellently, giving England Women the best chance of succeeding at international level (if only, some might add, the same applied to the men). And Taylor, in her batting, has personified this excellence.

Claire Taylor played her last international match in 2011, an ODI against Australia. She ended her career with 5746 runs in 168 games for England. She was inducted into the ICC Hall of Fame in 2018.