Only 12 players have earned the distinction of being Wisden’s Leading Cricketer in the World, and only one of them has been a fast bowler – South Africa’s Dale Steyn in 2013. His profile revealed his struggles to reach the top.

His return of 6-8 against Pakistan at the Wanderers would have looked more at home in an under-9 fixture than a Test match, but even that mesmerising analysis wasn’t Dale Steyn’s favourite moment of the year. Instead, he selects the victory over India at Kingsmead in the Boxing Day Test, during which he claimed 6-100 on the least helpful surface the South Africans had encountered anywhere in 2013, including the UAE.

All year, one quality defined Steyn: intensity. It was a quality central to the South African dressing room. He maintained his characteristic vein-bulging efforts for every over of every spell, no matter how long he had been bowling, nor how hopeless the situation. He even endured the longest barren stint of his career: 416 balls without reward, between the wickets of Shikhar Dhawan in India’s first innings at Johannesburg and Cheteshwar Pujara in their first at Durban. Yet his response was simply to try harder. 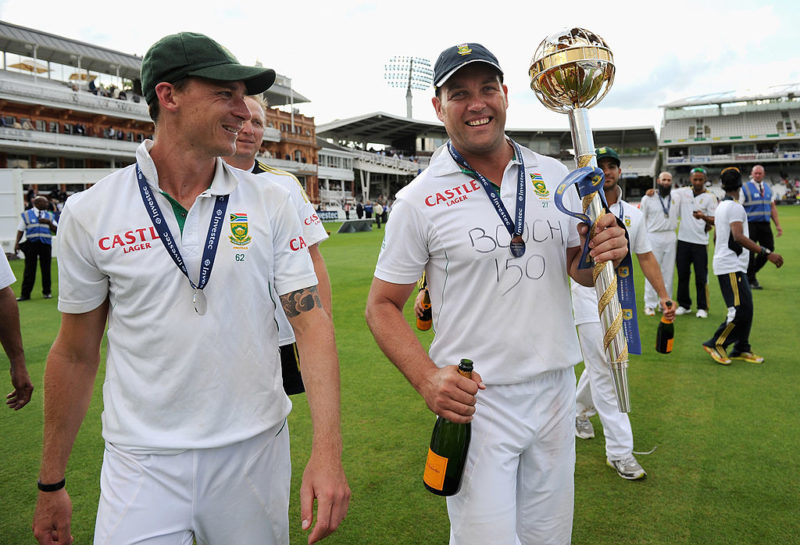 “Right from the start of my career I was surrounded by people like Jacques Kallis, Mark Boucher and Graeme Smith, who gave 100 per cent in every performance,” says Steyn. “They don’t look as intense as me, but that’s just because they aren’t fast bowlers.”

The highlight, lowlight and most enduring memories of an unforgettable year all came within a fortnight during that scandalously shortened series against India in December. He claimed only the wicket of Dhawan at the Wanderers, and bowled 51 further overs without success. Then, with three overs remaining, he made the decision to call off the chase, with South Africa requiring only 16 to knock off a Test-record 458. The majority of spectators booed Steyn. Suddenly, he was cast as the villain.

Fast, penetrative and parsimonious – it was some combination

The second Test followed four days later on a lifeless Kingsmead pitch which horrified South Africa’s pace trio – though they had to bite their tongues. India reached 181-1, a platform for impregnability. Steyn, who after Johannesburg had lost his four-year grip on top spot in the ICC Test rankings to team-mate Vernon Philander, sent down another 18 wicketless overs. On Christmas Day, Kallis had dropped his bombshell: this would be his final Test.

It was a shock to everyone, but especially devastating for Steyn. After the first day’s play, he wondered whether his indefatigable spirit was waning. “But Jacques got the bowlers together and asked us how we were going to take 20 wickets, because he was pretty keen to win his last Test,” says Steyn, with whimsical understatement. “I said to him: ‘Jacques, I won’t let you down. I will run through brick walls for you, I promise.’”

Next morning, in the absence of brick walls, Steyn produced a magnificent, late away-swinger to remove Pujara, a short ball which Murali Vijay gloved behind, then an in-swinger to bowl Rohit Sharma: three wickets in ten balls without conceding a run. Later, India’s recovery was building ominously at 320-5, but Steyn returned to crush the lower order: 334 all out.

“We have always believed that a wicket is just one ball away,” he says. “We have seen teams lose three wickets for nothing and 4-20 against us, more than once, so we know it will happen again. But not if you stop believing and start bowling slower. There have been a few times when I wondered if I was ever going to take a wicket, but you never give up. Once in India, I went from 0-100 to 5-120, so when I was 0-50 after the first day in Durban I wasn’t panicking. But 6-100 still felt very special.” 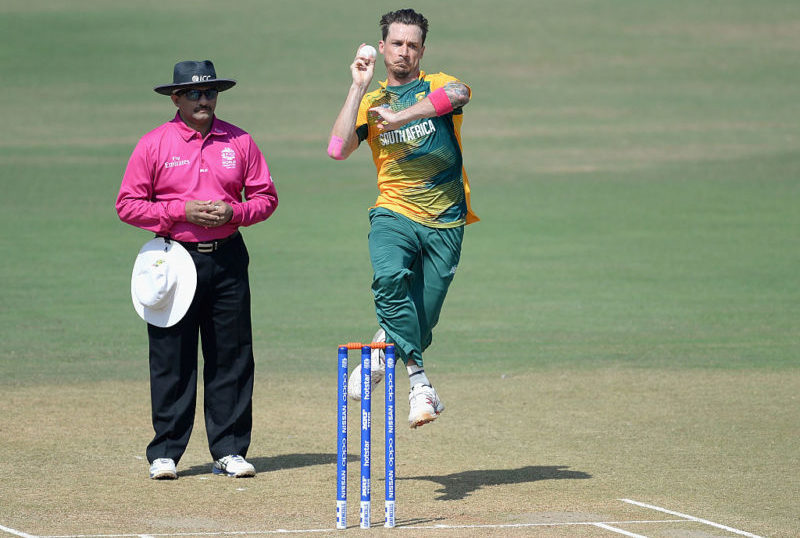 Three more wickets in the second innings took his Test haul for the year to 51 in only nine games at an average of 17. The England pair of Stuart Broad (62 wickets) and Jimmy Anderson (52) may have taken more wickets, but Broad averaged 25 and Anderson 31, and both spread their scalps across 14 Tests. Steyn was scarcely less lethal in one-day internationals, claiming 27 wickets at under 16 apiece. Most remarkable, perhaps, for a man of his pace, was his meanness: an economy-rate of 3.65 was comfortably the lowest among bowlers to have sent down 100 one-day international overs in 2013. The next tightest seamer was Sri Lanka’s Angelo Mathews, light years behind on 4.36.

Fast, penetrative and parsimonious – it was some combination. If there are any secrets to his success, they may lie on the dusty streets of Phalaborwa, on the border of the Kruger National Park, where Steyn grew up. Skateboarding was his passion, and he was good enough to have considered a career in it had he not succeeded at cricket. He describes practising a trick on his board many hundreds of times until he got it right, no matter how much it hurt. “There was blood, sometimes a fracture or two, but you keep going. Sounds a bit like fast bowling, doesn’t it?” 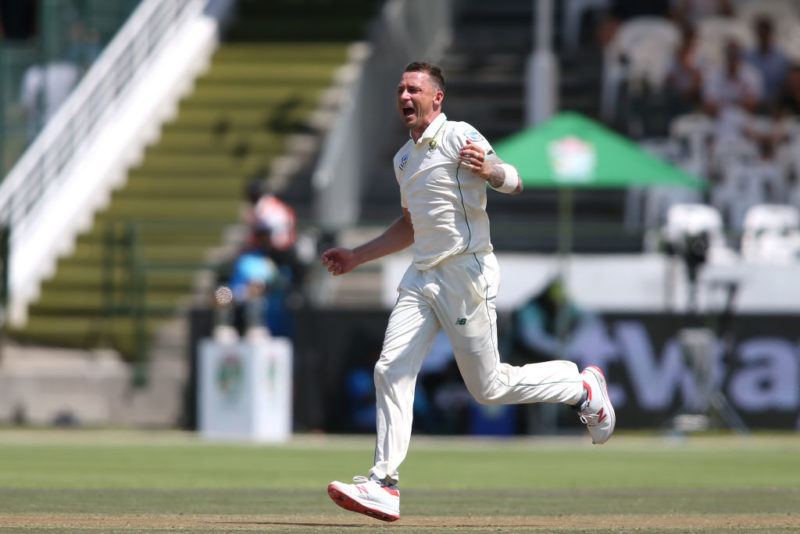 Another secret is the open-minded naivety about cricket provided by his upbringing. His knowledge of the game was limited, and of its history non-existent. It meant he was underwhelmed by the excellence of his own performances, and undaunted by the expectations that followed. “Allan Donald and Shaun Pollock were my heroes, so I thought averaging 22 or 23 and taking five-wicket hauls was normal,” he says. “That was a fast bowler’s job.”

The third secret lies a long way from his youth – in the video analyst’s laptop. What some would call a healthy interest in computers and cameras, others would call an obsession. Ever since Steyn first discovered that what he had regarded as the perfect spell could be disproven by scientific evidence, he has checked his lines, lengths and groupings at every interval, not merely at the end of the day. Time and again he reached his own conclusions about how to dismiss a batsman – and then executed the plan.

Steyn’s 9-147 at Durban took him to 350 wickets in 69 Tests – joint second-fastest to that mark, alongside Richard Hadlee, and behind Muttiah Muralitharan (66 matches). Among bowlers to have taken 100 wickets, his strike-rate of 42 was bettered only by George Lohmann, Philander and S. F. Barnes – two of whom plied their trade over a century earlier. He shows no signs of slowing down or losing his enthusiasm. “I enjoy taking wickets more than most people can understand,” he says. “I’m addicted to that feeling. I live in the moment, but I hope there are many more years of it to come.”