Graeme Swann, England’s most successful off-spinner, was a Wisden Cricketer of the Year in 2010. His brother Alec wrote this insightful profile.

The celebrations may have been over-exuberant, but they were perfectly understandable. When a well-flighted off-break found Mike Hussey’s inside edge and thigh pad before ending up in Alastair Cook’s hands at short-leg, Graeme Swann could be forgiven for going over the top. Once it became apparent that the surface at The Oval bore an uncanny resemblance to a sandpit, the onus was on him to perform, and four days later he had delivered.

That wicket confirmed the prize which English cricket craves most – the climax of a heady year for Swann, who rose from a supporting tourist to the country’s No. 1 spinner.

Graeme Peter Swann was born in Northampton on March 24, 1979. His early childhood was spent playing any sport possible on the Old Northamptonians’ ground – the ideal place for two sport-crazy kids to wear themselves out – where their father played in the Northamptonshire County League as a combative batsman. The two grass nets were given a thorough workout every other weekend: the younger brother had to do most of the bowling at his elder sibling, and found it easier to get the ball down the other end if he bowled spin.

This gave way to junior club cricket at Horton House, supervised by Ted Gascoyne, and later his sons David and Sam. Success as an all-rounder for the Northants Cricket Association and Northants Schools resulted in a step up to the Midlands and England Under-14 and Under-15 teams. In 1997-98, Swann helped England win the Under-19 World Cup in South Africa, with a frugal spell against Australia and an unbeaten batting cameo against New Zealand in the final. 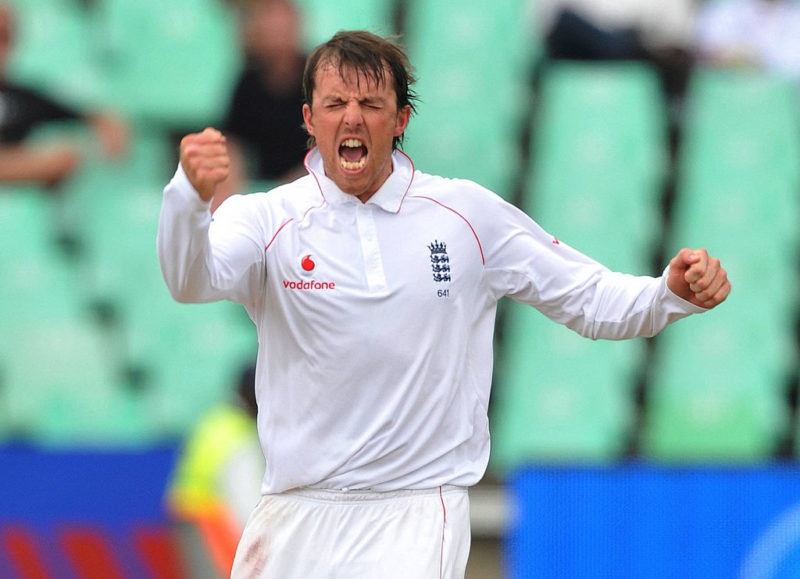 Swann celebrates the wicket that sealed the ’09 Ashes

A contract at his home county followed, and Swann rapidly advanced to the senior England tour of South Africa in 1999-2000. But well-documented indiscretions – such as missing the team bus – meant a solitary one-day international and a return to the county ranks. A few years on, his career was turning sour. Moving to Nottinghamshire in 2005 proved a turning point, just as it had for his friend Ryan Sidebottom.

Far from the obvious choice for a spinner, Trent Bridge was Swann’s destination for the simple fact that he was tolerated and appreciated. “I was told they wanted players who played hard but enjoyed themselves, and that was music to my ears. I should have left Northampton earlier, but it means I appreciate what I’ve got now a lot more.” Familiarity does indeed breed contempt, and contempt was what Swann had discovered for the set-up at Wantage Road.

But the expectation that spinners were there to win games on the spin-friendly surfaces at Northampton would stand him in good stead at his new home, where consistent performances caught the eye of England’s new coach, Peter Moores. His eagerness to be involved in everything from the off – whether emptying his brother’s bag over the floor after a suicidal single in a Sunday friendly was turned down, or running down the pitch first ball to get off a pair – is Swann’s dominant characteristic, as a sportsman and as a person.

Naturally restless, he had no need for an excess of patience to be successful at Northampton. The one trait spinners need in abundance has come on in leaps and bounds since his move up the M1. 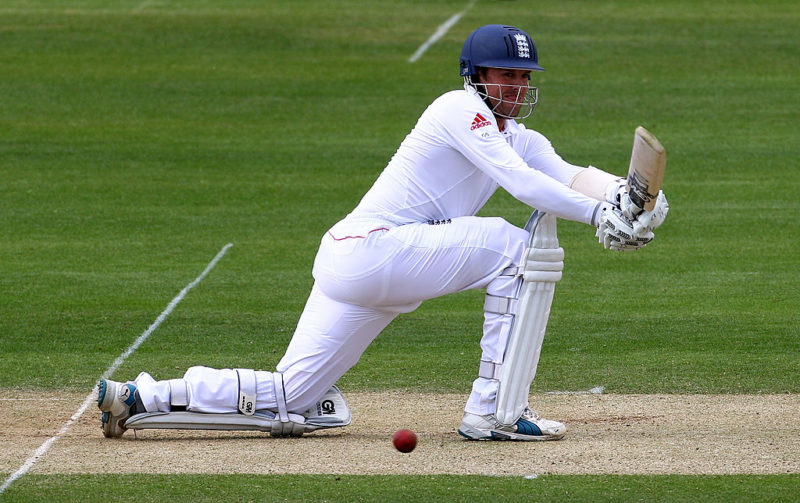 It was in Sri Lanka in October 2007 that Swann’s potential resurfaced. His integral part in England’s unexpected one-day series victory did not bring an immediate elevation to Test level, but it did show an ability to perform. A handful of decent efforts the following summer put him in line for a Test debut in Chennai in December 2008.

Even for such an extrovert, doubts were floating around: “I’d played a few one-day games, so I knew I was capable of getting these players out. The difference with Test cricket is the whole rhythm; it’s a case of seeing whether you fit in.” He did fit in, instantly, dismissing Gautam Gambhir and Rahul Dravid in his first over. By January 2010, he had struck in the first over of a Test spell 17 times, the mark of a spinner who rips the ball so much that he is always cutting his middle finger, and who bowls an attacking line.

Competent performances in India were not enough to oust Monty Panesar from England’s next Test side, in Jamaica, but a twist of fate in Antigua, where an unfit pitch forced a transfer from North Sound to St John’s, provided an opportunity that Swann grasped eagerly.

“I wanted a bowl in the nets, I bowled at Andrew [Strauss] and bowled well. I was told not to do anything that night and to prepare as if I was going to play. As it turned out, it was pivotal to what has happened since. It was a chance to bowl on pretty flat wickets where I’d get a lot of bowling – and against a few left-handers who I enjoy bowling at.” When Swann reached 50 Test wickets at Centurion in December 2009, he had dismissed a higher percentage of left-handers – 66 per cent – than anyone had ever done in their first 50. The new umpiring review system has encouraged finger spinners, but has not been an unqualified blessing. 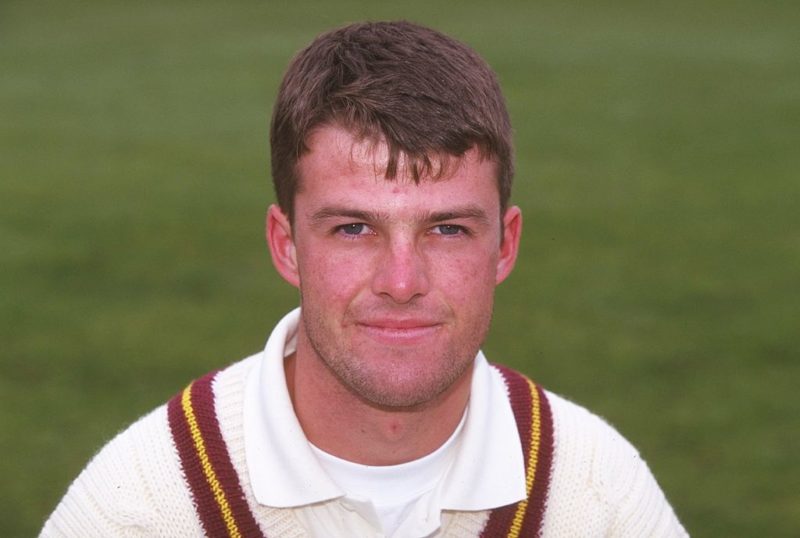 Nineteen wickets in the West Indies, and seven more in the return series at home, secured his place for the Ashes. A poor performance with the ball in Cardiff, due to a mix of nerves and overexcitement, was offset by a pair of innings which underlined one reason why Swann has risen to prominence. (“If I hadn’t scored a few I might not have played at Lord’s.”)

Cricket has a habit of revealing an individual’s personality, and Swann’s batting shows his. The upbeat extrovert comes through in his try-or-be-damned approach. “Batting so low in the order, I’m given licence to do pretty much what I want. When I started, it was my bowling that was more of a reflection of me, but that’s changed over the past few years.”

Crucial wickets at Lord’s, a morale-boosting 62 at Headingley and eight vital wickets on the Oval dustbowl were his main contributions to the Ashes triumph, and encapsulated Swann’s strengths. The ability to put a poor performance to one side – a skill many fail to master – and move on to the next challenge explains why he has had such a career-defining year, taking 54 Test wickets, more than anybody bar Mitchell Johnson.

It is a difference in mind-set that emphasises the position he now finds himself in. “Eighteen months ago, I was hoping to go to India as the second spinner. Now I look at where we’re touring and who I’m going to get the chance to bowl at.” And his well-earned success will do little to calm the exuberance that defines him.