The Centenary Test at Lord’s in 1980 was a rain-ruined let-down, but it was saved from total disaster by two innings by Kim Hughes. They were enough to make him a Wisden Cricketer of the Year in 1981.

The distinction of scoring the first hundred in Anglo-Australian Tests on English soil belonged, fittingly, to the legendary WG Grace. That of scoring the first in the second century of these games went to Graeme Wood with a fine 112, but it was Wood’s Western Australian team-mate, Kimberley John Hughes, to whom the Centenary Test of 1980 at Lord’s really belonged. In two innings of the highest quality, Hughes put his manifest talents on display on each of the five days of the game.

His 117 in the first innings was spread over the first three, sadly rain-hit days. He hurried to 47 late on the first day, advanced to 82 in the 75 minutes available on the second, and charged to 117 when play finally got under way on the third. This memorable century contained three sixes and 14 fours, all put together with an air of casual disregard for the importance of the occasion. As if such a smorgasbord of strokes was not sufficient for the connoisseur, he tickled the palate with a lot of new ones in the second innings with a breathtaking 84 in 114 minutes, which included two sixes and 10 fours. 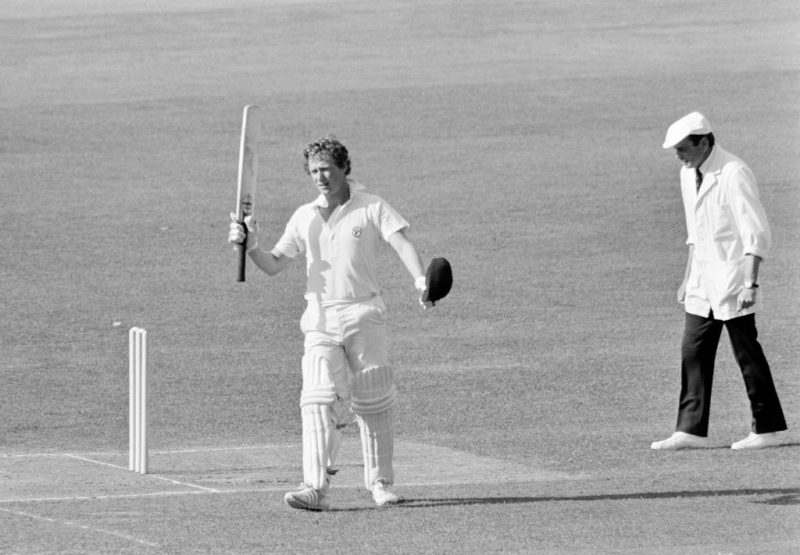 One of his sixes, hit off paceman Chris Old on the run some three yards down the wicket, landed on the top deck of the members’ pavilion, failing by only an extra erg or two to clear the building altogether. Another stroke, from even further down the pitch and also against a pace bowler, was slashed to the point boundary with such speed as to leave standing a fieldsman on the ropes only a yard or two from its scorching path. Such rare batting gave Greg Chappell an opportunity to declare with half a chance of forcing a victory that had seemed beyond all reality after rain had robbed the game of so much play.

The marvellous appeal of Hughes’s batting lies in the repertoire of his strokes and his unashamed enthusiasm in playing them. Most are straight from the copybook and executed with the fine touch of the artist’s brush; some, however, are of his own design and despatched with a grand flourish. The high backlift, the skipping footwork, the flashing blade and the full-blooded follow-through – all hallmarks of the great stroke-players – are evident at their very best when Hughes is in full flight.

But it hasn’t always been such plain sailing for Hughes, born in Western Australia on January 26 (Australia Day), 1954. His talent was obvious from a very early age; he was chosen in an all-Australian side after a national schoolboys carnival at the age of 13. Moving into senior club cricket in Perth at the age of 15, he was reckoned by good judges close to him to be one of the very few who should have been elevated to first-class ranks when even as young as that.

Perhaps it was a somewhat brash nature and an unbridled impetuosity which held him back. But it was at this stage that Hughes’s coach and mentor, Frank Parry, himself a former club cricketer, told him, ‘You could make the Australian side and go on to be a Test captain’, and Hughes believed him.

As if to make the point that he should have been there sooner, he put his name in bright, shining lights in his maiden first-class innings, against New South Wales in Perth on November 2, 1975. Then 21-year-old, he set about an attack that included Pascoe, Gilmour, Colley, Walters and O’Keeffe to hammer out 119 runs in 166 minutes of batting glory. In the second innings he almost repeated the dose, picking up 60 in a 108-minute stay.

Australian selector Neil Harvey, watching the game, could not have failed to be impressed. Yet it was to be a long time before Hughes climbed the next step up the ladder into the Australian XI. Again he had first to do an apprenticeship carrying out the drinks, beginning with the second Test against Pakistan at the Melbourne Cricket Ground in January 1977 and again, soon after, on a short tour of New Zealand, where he filled this role in both Tests. He finally won his spurs in the fifth Test against England at The Oval later that year.

The fact that Hughes scored only one in his first Test innings is testimony to the contrary nature of cricket – not always does everything come to him who waits. Indeed, it was some time yet before Hughes really made his mark in Test cricket, and it took the advent of World Series Cricket to afford him more frequent opportunities. Even so, his form in the early stages of that era seemed plagued by rushes of blood to the head. To some he was known as Howie, the millionaire batsman, the name taken from Howard Hughes. 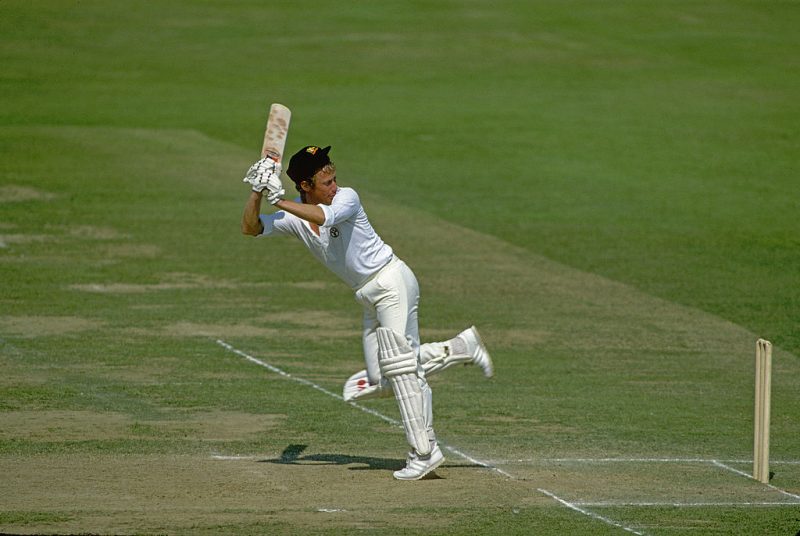 Kim Hughes was exceptional against India in Tests, scoring 988 runs at an average of 52 in 11 games

Then, thankfully, the coin dropped. In the first Test against England in 1978/79 he scored a century – 129 runs in just under eight hours – and in doing so recognised the need at times to work very hard for runs. That innings cemented his place in the Australian side. When Graham Yallop, who had captained the Test side throughout the summer, injured himself in the days leading up to the second of two Tests against Pakistan in March 1979, there, before his home crowd in Perth, was Hughes, captain of Australia. There was a new enthusiasm about the Australians under Hughes. Against the odds, they beat Pakistan and Hughes was retained as skipper for the tour of India that followed.

Hughes played well in India, scoring a century first-up and following with scores of 86, 50, 40, 92, 64* and 80 among his innings in the remaining Tests. That was more like it. Back in Australia for the twin tours by West Indies and England in 1979/80, he showed great character in scoring 130* against West Indies in the first Test at Brisbane, celebrating with a 99 against England in Perth and then a 70 in the next Test against West Indies in Melbourne. All it needed was a sustained opportunity.

The true entertainers of the sporting arena are few and far between. In cricket, rigid coaching routines sometimes take their toll, stifling the glorious individuality that makes it worth paying twice the entrance fee to watch some players in action. Thank goodness nobody bent to curb the natural brilliance of Kim Hughes.

Des Hoare, a tearaway fast bowler for Western Australia who played one Test match, was captain of the side when Hughes made his debut in first-grade club cricket in Perth, immediately recognised a rare talent, and has closely watched Hughes’s progress ever since. “I have most admired him,” said Hoare, “because he has had the courage and ability not to become ordinary.” That sums it up.

Kim Hughes played in 70 Tests for Australia, scoring 4,415 runs at 37.41. He resigned the captaincy at a tearful press conference in 1981 and joined a rebel tour of South Africa