Matthew Hoggard was a key member of the England team that won back the Ashes in the epic 2005 series. He was a Wisden Cricketer of the Year the following spring.

Of England’s fast-bowling quartet in the Ashes series, Andrew Flintoff was the Herculean all-rounder who became a nation’s favourite; Simon Jones cut a dash with his mastery of reverse swing (the summer’s most sought-after style accessory); and Steve Harmison, however patchy his form, had the automatic appeal of an out-and-out fast bowler.

Hoggard? He was the other one. The one with the lank fair hair that, allied to a broad-beamed, stomping gait, encouraged so much farming imagery it would have been no surprise had he stopped midway through his run to close a gate or chase a sheep. The one with a mildly deranged sense of humour that proved solid Yorkshire virtues do not have to come hand in hand with dourness. The one, more to the point, whose captain, Michael Vaughan, a county teammate aware of his strengths and his weaknesses, used only sporadically for more than half the Ashes series. 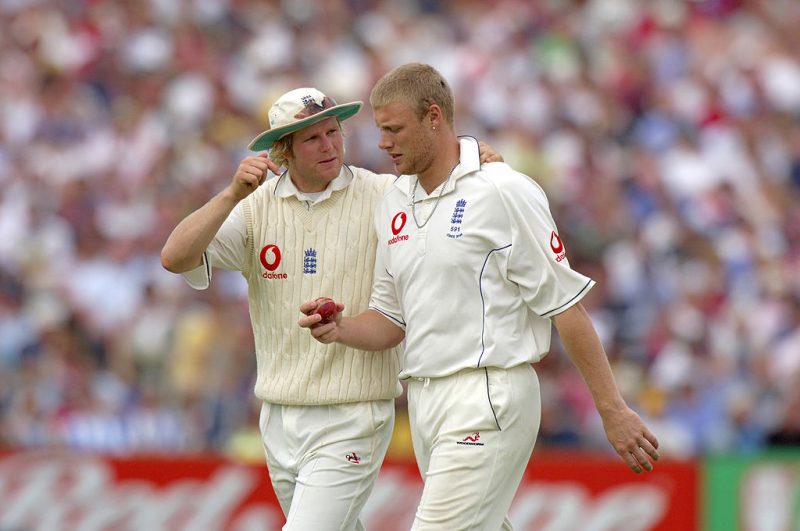 But if Matthew James Hoggard, born in Leeds on New Year’s Eve, 1976, was “the other one”, what an other one! On the last day of the Ashes series, Simon Hughes, in the Daily Telegraph, uncovered a remarkable statistic. In 2005, Hoggard had unobtrusively assembled the best strike-rate among the year’s main Test wicket-takers, with a wicket every 38 balls. This faded a little during the autumn in Pakistan, as much else did for England – but only to 42, far better than any of the world’s gaudier fast bowlers.

Hoggard’s greatest success of the year came early, when he bowled England to a gloriously improbable victory at Johannesburg by taking the first six wickets, and seven in all. For a while, it seemed as if he might take all 10. Yet this was the bowler, a few months later, who many outside the England “bubble” feared might not last the Ashes summer. He was their leading wicket-taker in the two Tests against Bangladesh, but he is a man with a sound perspective on life and pronounced that he had “bowled like a trollop”. He was not in England’s one-day side and his county figures were unexceptional.

There was talk that Australia intended to target him. If it didn’t swing, they planned literally to drive him to distraction. When he disappeared for 65 runs in four overs in a Twenty20 tie against Lancashire at Headingley, a month before the first Test, the omens did not seem promising. Only by the end of the summer did Hoggard’s assessment of that performance seem fitting. “Daft cricket,” he said. “They slog your good balls and get out to your bad ones.”

That Hoggard was deemed so vulnerable owes everything to the vagaries of swing bowling. It can be a mocking, unpredictable gift, sometimes refusing to appear, on other occasions appearing so lavishly that it can lead to wild inaccuracies. He had naturally swung the ball as a junior at Pudsey Congs, where he learned good attitudes from the former Yorkshire captain, Phil Carrick. But as late as 2001 – the year after he had made his Test debut against West Indies at Lord’s – Yorkshire’s array of fast bowlers still left him insecure enough to toy with joining Worcestershire.

For the first three Ashes Tests in 2005, he bowled only 56 overs and, recognising that his loosener had brought a wicket on three occasions, suggested ruefully that Vaughan might soon start bowling him in one-ball spells. He seemed fated to be remembered largely for the remark on the eve of the series that Australia’s attack was getting on a bit, a playful suggestion predictably misinterpreted by the more po-faced representatives of the media. But Trent Bridge, the fourth venue, favoured his traditional outswing, rather than fashionable reverse swing. (Hoggard can reverse the ball modestly at times but, as they say in his neck of the woods, “tha’s only sum as catch on”.) 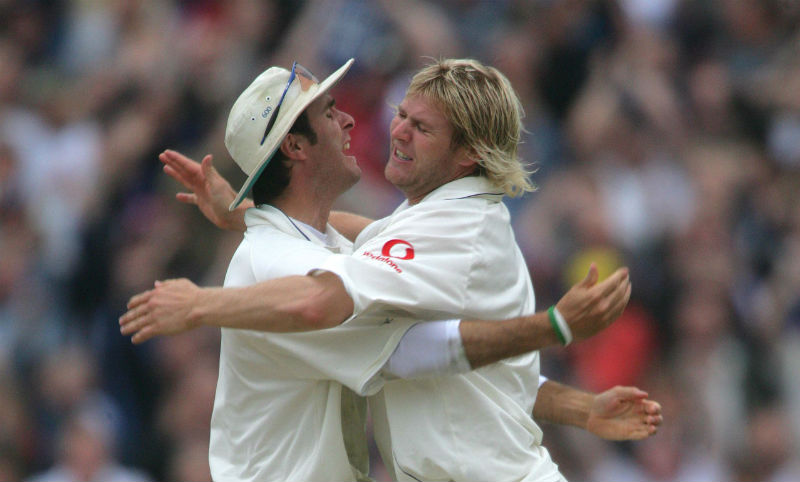 Having been used very sparingly in the first three Ashes 2005 Tests, Matthew Hoggard ruefully remarked that his captain Michael Vaughan might start bowling him in one-ball spells

If he was under pressure in Nottingham, he shrugged it off, grateful that this time he would at least have the chance to bed in. Eleven overs with the new ball brought 3-28 – Hayden, Martyn and Langer. And two more second-innings wickets included an inswinger for an lbw decision against Adam Gilchrist – a collector’s item, that one, as Gilchrist had never before been dismissed lbw in a Test by a fast bowler.

But it was his match-winning eighth-wicket partnership of 13 with Ashley Giles on the fourth afternoon that will remain etched on the memory. Hoggy shambled out as if it was an Evening Cup tie at Farsley, but he had long taken pride in a stubborn defence, and the very occasional stroke of genius. The 90mph-plus full toss from Brett Lee that he somehow drove through extra cover he later deemed the greatest shot he had ever played with his eyes closed.

After a tense Sunday morning at The Oval, with Australia threatening to square the series and retain the Ashes, he again answered England’s call, taking four wickets for four runs as England obtained the unlikeliest of first-innings leads.

It was as satisfying for him as striding across Ilkley Moor with his dogs. And that can never be suggested lightly: this was a man who, on an England tour of India, once claimed to have kept himself sane in uncomfortable Ahmedabad by taking an imaginary dog for an imaginary walk. In 2005, when it mattered most, he did everything for real.