Mike Procter, who celebrates his 73rd birthday on September 15, was a sensational all-rounder, whose dramatic entry into county cricket with Gloucestershire earned him a Wisden Cricketer of the Year award in 1970.

The sight of Michael John Procter with his unruly straw-coloured thatch, sometimes kept in place by a bandeau, hurling down his expresses with an action almost defying exact analysis has become one of the most exciting spectacles of modern cricket. Few would dispute, least of all the opening batsmen, his right to be called the outstanding fast bowler of the year, and that, in a Championship boasting of Australia’s opening pair, Alan Connolly and Graham McKenzie, and England’s Snow, Brown and Ward, is no small distinction.

When Procter, born at Durban on September 15, 1946, was the first to reach 100 wickets in mid-August, his nearest rivals were still 27 short, a bald figure to tell of his many achievements. Without in any way minimising the skills and professionalism of the team in general, there can be no denying Gloucestershire’s particular debt to Procter for their most successful season in decades. He was the biggest single factor in the re-emergence of the county of Grace and Hammond as a power in the land. 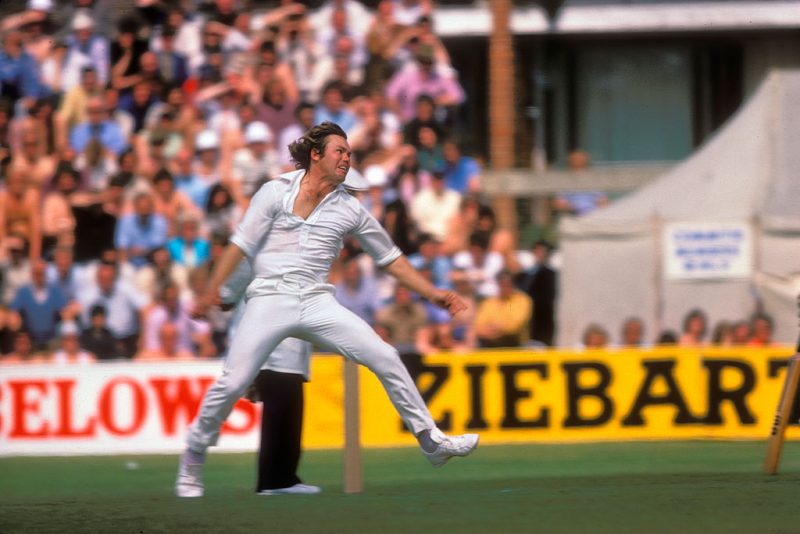 In two seasons in the Championship, Procter has been singularly active. In 1968, he was in sight of a double when he broke down with a knee injury, and last year, while it is true that his batting fell away, he bowled with brilliant hostility. His triumphs were many and perhaps predictable as at the age of 20 he played for South Africa in three Tests in the winning home series against Australia.

His first Test was on his home ground of the Old Kingsmead, and in his opening overs he dismissed Bobby Simpson – a distinguished first scalp. In 14 overs in the first innings, he took 3-27, and there were four more wickets in the second to raise his match aggregate to 7-98. In the fourth Test at Johannesburg – Procter’s second – he followed up with 4-32 and 2-38, and his 15 wickets in all at 17.53 each took him to third place in the bowling averages. An auspicious start to his international career.

His success caused little surprise in the West Country. In 1965, in the company of Barry Richards, now with Hampshire, Procter spent a season playing for Gloucestershire 2nd XI, taking 55 wickets at 13.79 apiece and scoring 527 runs with an average of 31.00. Moreover, when promoted to play against the touring South Africans, he was top scorer with 69. To Gloucestershire’s profound disappointment, Procter and Richards returned home at the end of the season, but the contact was not wasted and when the chance came again with immediate registration for overseas players, Procter was engaged.

If the unique Gary Sobers is accepted as the best of the overseas imports in county cricket, there is a strong case for naming Procter as the next best

Procter had been vice-captain to Richards in the South African Schools side in England in 1963, and ironically last season, Procter put his pal in a Bristol hospital with a bumper!

Clearly, Procter inherits a love of cricket from his father, Woodrow Procter, who, while still at school, played for Eastern Province against M.C.C. in 1938-39, and dismissed the two Yorkshiremen, Paul Gibb and Norman Yardley. Mike’s elder brother, Anton, preceded him in the strong Natal side, so it can be said that he was surrounded by talent. Even as a 12-year-old at Highbury Preparatory School, he hit five centuries, including 210* against an under-13 Transvaal side. He might have remained a batsman-wicket-keeper if there had not been a shortage of bowlers. The coach, John Saunders, experimented with the youthful Procter as an opening bowler, and he has remained one to this day.

At Hilton College, he was in the first team at 15. At the same age, he made the representative Natal Schools XI. He was also fly-half in the Rugby XV, and in the hockey, squash, lawn tennis and athletic teams. In short, he had a natural flair and eye for all ball games, and the physical strength to go with it. 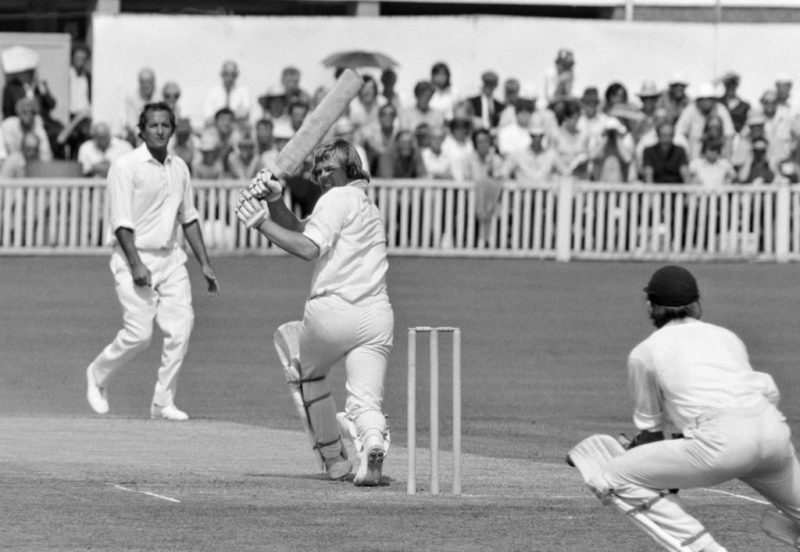 At his best, Procter was a polished, hard-hitting middle-order batsman

Once back from his initial experience with Gloucestershire – an invaluable time in which he learned to play the turning ball – he was welcomed with open arms by Natal, and in seven Currie Cup matches, he scored 410 runs, with an average of 48.00, and hit his maiden first-class century off Transvaal, whose six-man attack included four Test bowlers. The innings began with four wickets down for 19, and Procter, then only 19, took part in a stand of 289, which was only 12 short of a South African fifth-wicket record.

At his best, Procter is the type of polished, hard-hitting batsman at No.4 or 5, capable of turning the course of a match inside an hour. In 1968 in England, he reached 1,167 runs, including 971 for Gloucestershire. There were three Championship centuries, the first against Hampshire starting when his side had been five down for 49; 134 in just over two hours off Middlesex, and 105 on an uncertain pitch at Cardiff. With such talent, his batting decline last season must surely be temporary.

Procter’s bowling action, to say the least, is unorthodox, and it is as well he has ox-like shoulders and a determination for fitness at all times. For it is sheer hard labour. Instead of the left foot firmly planted, supported by the braced side, the ball is delivered just before his left foot hits the ground. At first sight, it seems as if he delivers off the wrong foot, but slow motion film proves he lets go before then. Practically no impression is left on the ground by his left foot – unlike other fast bowlers who are apt to dig a pit. 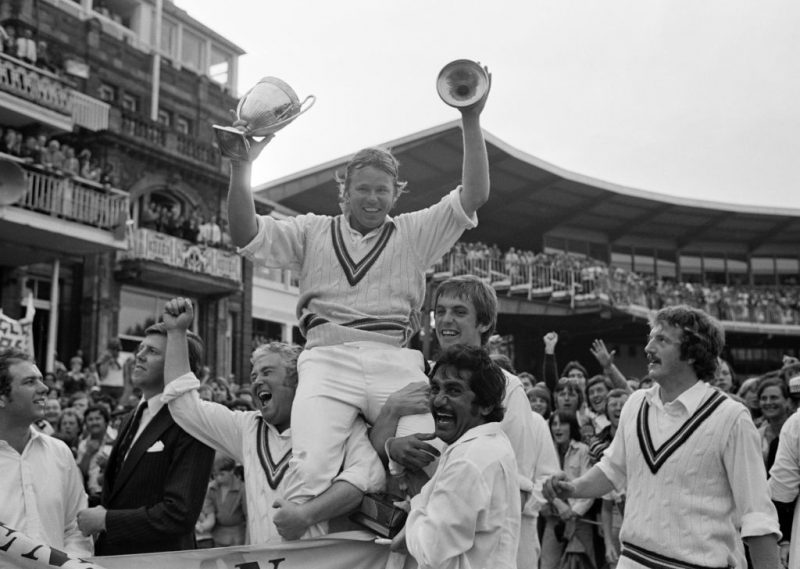 He also has a tremendous arm swing, and for all his action, which would never have the support of a technical purist, he gets a lot of body action into it. His run can be lengthy, and he needs every yard. His captain, Tony Brown, says that it is interesting to notice the marked difference in his pace from a shorter run. In all, his method is highly individual, and it was just as well that no serious attempt was made to change his style and methods. Yet, strain and pressures exist and he had to fly back to South Africa in 1968 with his knee in plaster. He can switch to medium pace off-cutters if the situation demands.

Procter’s integration in the Gloucestershire side has been a happy one. He is much liked as a person, and highly respected for his ability. If the unique Gary Sobers is accepted as the best of the overseas imports in county cricket, there is a strong case for naming Procter as the next best. Gloucestershire’s rise from 16th place in 1968 to runners-up last season is an eloquent tribute to his prowess, which is always cheerfully and wholeheartedly placed at his team’s disposal. He represents what the ancient game needs everywhere – a real personality, a gifted performer, and, what is equally important, one who is seen to enjoy every minute on the field.

After South Africa were banned from Test cricket in 1971, Procter played no more Test matches. He continued to play for Gloucestershire until 1971, making 259 first-class appearances.