Rod Marsh was a feisty mainstay as Australia wicketkeeper for 14 years. Despite his team’s defeat in the 1981 Ashes, he was named a Wisden Cricketer of the Year.

It was a source of great satisfaction to Rodney William Marsh that the catch with which he became the most successful Test wicketkeeper in history was taken off the bowling of Dennis Lillee. Few partnerships between bowler and wicketkeeper have had so profound an impact on the game. It was fitting, therefore, that in the same match, the unforgettable third Test at Headingley in 1981, Lillee became the most prolific wicket-taker in Anglo-Australian Tests.

To the end of the 1981 series, 77 Test batsmen had begun the long walk back as the scorers entered c Marsh b Lillee beside their names. In all first-class cricket and representative one-day matches, the figure is in excess of 200, for the careers of these two remarkable competitors have gone hand in glove, as it were, since they made their debuts for Western Australia in the late 1960s. Yet Marsh, who has had few equals when standing back to fast bowling, owes his initial opportunities, at junior, club, state and Test level, to his skill with the bat. 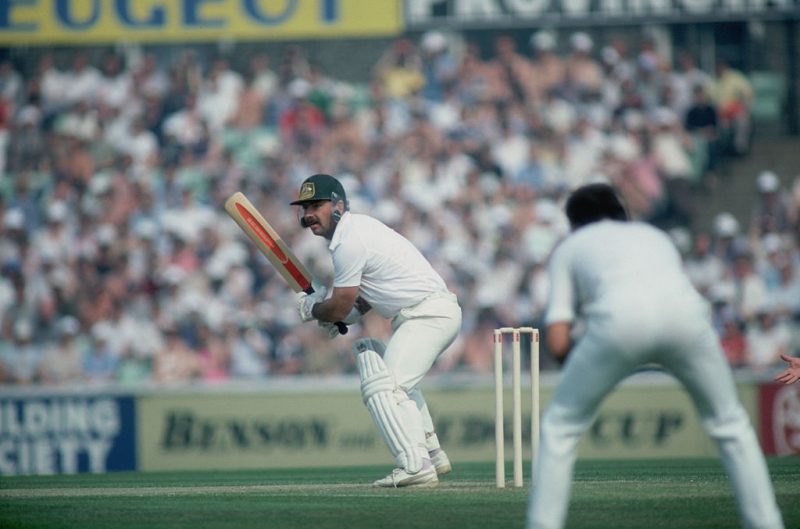 Born in Armadale, Western Australia, on November 4, 1947, Marsh learnt his cricketing basics during innumerable backyard Tests with his elder brother, Graham, who was later to become an outstanding professional golfer. Both represented the state at schoolboy level before pursuing careers in their chosen sport. At the age of eight Rodney was playing competitively for a team called the mosquito fleet, an Armadale under-16 side which seemed to attract the smallest boys in the district. “I kept wicket right from the start, but batting was my main strength,” he recalled.

At 12 he was chosen for the Western Australian schoolboys’ team, and captained the side the following year. He then joined the West Perth district club, travelling 18 miles into the capital city on Saturdays to play for a junior side in the morning and in senior grades in the afternoon. When he broke into the first-grade side it was as a batsman, because Gordon Becker, the state wicketkeeper, also played for the club. In order to get wicketkeeping practice Marsh joined the University club in Perth, though when he was first invited to play for Western Australia, against the touring West Indians in 1968, it was as a No.5 batsman. He failed to score in the first innings and made 104 in the second, against an attack containing Hall, Griffith and Sobers. Becker retired in the 1969/70 season, whereupon Marsh became the state wicketkeeper, the position he has filled ever since, apart from his two seasons with World Series Cricket.

It was Knott’s record of 263 Test victims which Marsh surpassed at Headingley last year, but he still rates the Kent man the finest keeper in the world

When Marsh played his first Test in Brisbane, against Ray Illingworth’s 1970/71 England team, he was not the best-credentialled wicketkeeper in Australia. But desperate to shore up the middle order, after the dreadful beating Australia had taken in South Africa in their previous series, the selectors opted for the wicketkeeper who best knew how to wield a bat.

Certainly, Marsh’s glovework fell some way short of being immaculate. In Brisbane he was dubbed ‘iron gloves’ by a crowd who had grown up watching Don Tallon and Wally Grout, and in any case thought that the Queensland wicketkeeper, John Maclean, should have been playing. “I didn’t know much about keeping in those days,” Marsh recalled. “But I learnt a tremendous amount by watching Alan Knott.” It was Knott’s record of 263 Test victims which Marsh surpassed at Headingley last year, but he still rates the Kent man the finest keeper in the world.

The improvement in Marsh’s technique was apparent when he came to England with Ian Chappell’s team in 1972. In the next Australian season he set the first of his several batting records when he scored 118 not out against Pakistan in Adelaide, this being the first Test century by an Australian wicketkeeper. And all the time his wicketkeeping was becoming more efficient, his acrobatics more spectacular. One of the enduring memories of Australia’s crushing victories over England and West Indies in the series of 1974/75 and 1975/76 is the sight of Marsh flinging his bear-like frame left and right to paw down the thunderbolts of Lillee and Thomson. He took 45 wickets in those two series, including a world-record 26 catches in six Tests against West Indies. 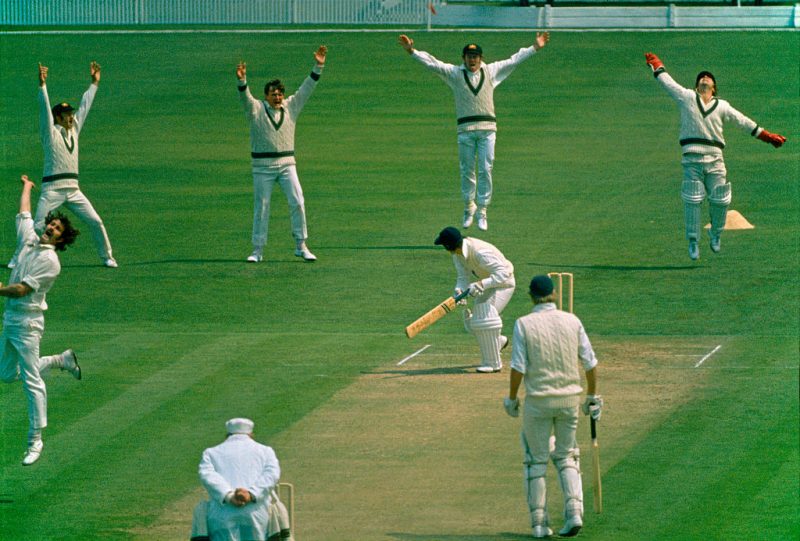 Marsh’s theory in standing well back to fast bowling is to get as much lateral movement as possible, allowing first slip to stand wider and thus extending the arc covered by the same number of slip fieldsmen. This worked to brilliant effect when Australia had such close catchers as the Chappell brothers, Redpath, Walters and Mallett in the mid-1970s. It was about this time that Marsh began to develop an almost psychic partnership with Lillee. He has been behind the stumps for every ball Lillee has bowled in Test matches, and for virtually every one in first-class cricket.

“I’ve played with him so much now that most of the time I know what he is going to do before he has bowled,” Marsh said. “I know from the way he runs up – the angle, the speed, where he hits the crease – where the ball is going to be. I can see the way his mind is working and I can virtually bowl his over for him, ball by ball.”

The Melbourne Centenary Test will always be one of the high points of Marsh’s life. To the experience of taking part in an enthralling and historic match, Marsh was able to add the personal satisfaction of breaking Grout’s wicket-keeping record of 187 Test victims and becoming the first Australian wicket-keeper to score a century against England. 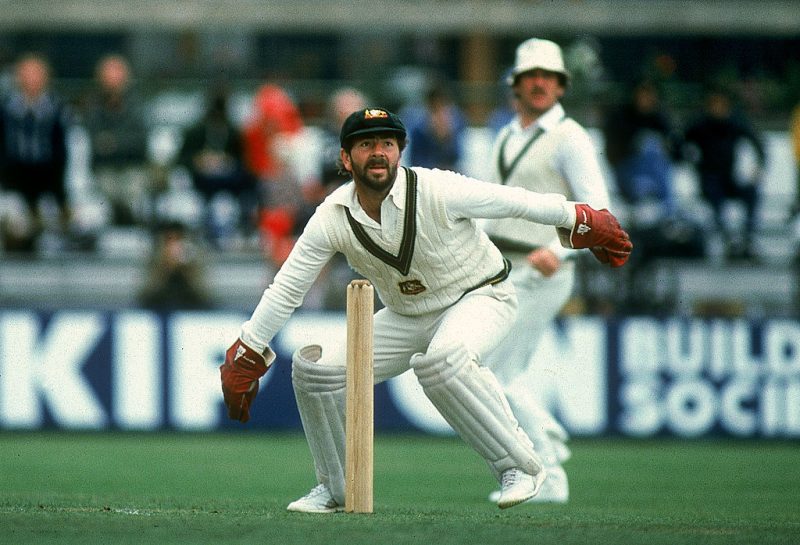 Such crests are generally followed by troughs, and Marsh was on the point of giving the game away during the Australian tour of England later that year. He felt he had had more than enough cricket. However, after the World Series adventure, he returned to the Test arena with renewed enthusiasm in the split series against West Indies and England in Australia in 1979/80.

The runs have not been coming with such consistency in the past few years. Indeed, in 1981 Australia waited in vain for one of Marsh’s muscular contributions with the bat – until the destination of the Ashes was already decided. Nevertheless he rated his performance behind the stumps in that series as probably the best of his career. He took 23 catches, equalling his 1972 record (set in five Tests) for the highest number of dismissals by an Australian wicketkeeper in a series against England. During the first Test he became the first wicketkeeper to take 100 wickets in Anglo-Australian Tests, in the third he broke Knott’s world Test record (in 22 fewer Tests) and in the sixth he passed 3,000 runs in Test cricket.

But Marsh is not a man for figures. Records and statistics mean less to him than the appetite for battle, particularly when it is against England. At 34 he is beyond the normal pensionable age for Australian cricketers, but he hopes to be around when England visit Australia at the end of 1982.