It took Ryan Harris a long time to reach his peak, but for a short period, he was one of the most dangerous seamers in world cricket. He was named a Wisden Cricketer of the Year in 2014.

Ryan Harris finished the 2013 summer as he had started it, and as he has spent too much of his career – in the hands of a physiotherapist. Yet in between, he got through four consecutive Tests for the first time, and asserted himself as Australia’s best bowler in England.

Snorting, grunting and barging like a bull let loose in the ring, Harris has one of the international game’s more audible approaches to the wicket. His heavy frame and effortful run-up (as much a handicap as a boon) are belied by a smooth, quickish action and a supple wrist. The result – a repeatable ability to box batsmen into their weak areas, and gain natural variation with swing and seam – won universal respect, as did his competitive but genial manner. Harris – “Rhino” to his mates – was more responsible than anyone for England’s failure to reach 400. 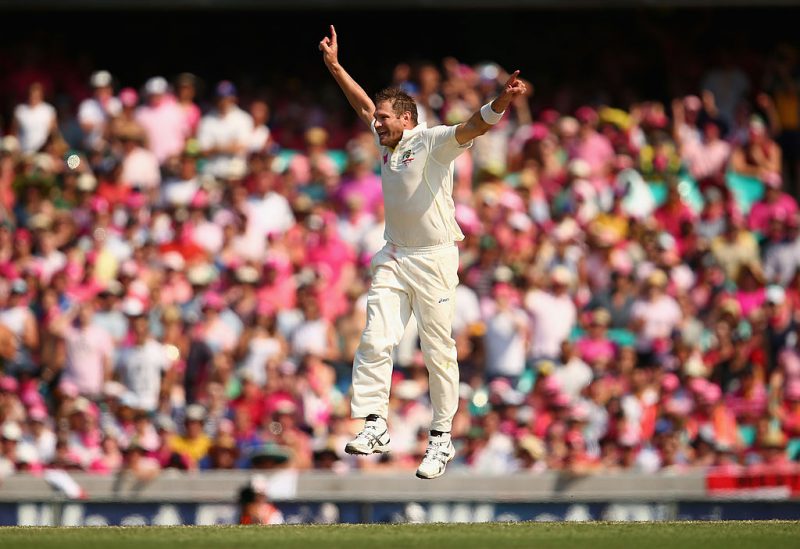 It was a fine achievement from a 33-year-old who had said his main goal was “just to be on the plane with the rest of the guys when we come home”. By the time the second Ashes came around, Harris was part of the furniture: 22 wickets at 19 – making it 46 in his nine back-to-back Ashes Tests – were the perfect foil for Mitchell Johnson. Success has come in its own sweet time.

Born in Nowra, south of Sydney, on October 11, 1979, Ryan James Harris once toyed with the idea of playing for England: his Leicester-born father, Jim, had migrated to Australia as a child. In Ryan’s words, his parents “did the hard yards”. Jim was a manual worker for the Royal Australian Navy and at the Holden car factory in Adelaide’s northern suburb of Elizabeth, before becoming a warehouse manager; Ryan’s mother, Gai, a travel agent, died of lung cancer in 2006. Ryan has one sibling, Gavin, a Qantas engineer ten years his senior. The only thing Ryan ever dreamed of becoming – other than a cricketer – was a pilot, an ambition quashed by academic underperformance, a fear of heights and, at the age of 19, a contract to play for South Australia.

"I don’t think I did anything new with my action, but I just began to work harder and look after myself better. And one day it just sort of clicked”

But it was not the opening of a path to glory. In fact, Harris now sees it almost as a curse. “It came so early,” he says. “I probably took it for granted. I thought: ‘I have a contract, I’m a full-time cricketer. Great! I can go out and have a lot of late nights with friends.’”

It was another two years before he played first-class cricket, against Tasmania at Hobart in November 2001, when – as if his body was making an early point – he tore his right pec and couldn’t complete his tenth over. While Australia’s Test team continued to dominate, Harris seemed to have found his level as a useful fast-medium stock bowler in the domestic game. He aspired, at best, to crack the national limited-overs side.

But his easy-going nature caught up with him, and his fitness and results were inconsistent. When he was the last South Australian player to be given a contract in 2007, not long after his mother’s death, he realised he might be throwing away even a comfortable first-class career: “I thought: ‘It’s now or never.’ ”

He had a good season in 2007-08, and Queensland made enquiries. South Australia did not hang on to him. From the outside, it looked like the beginning of a journeyman’s end, yet for Harris it was a different kind of start. “I don’t think I did anything new with my action, but I just began to work harder and look after myself better. And one day it just sort of clicked.” 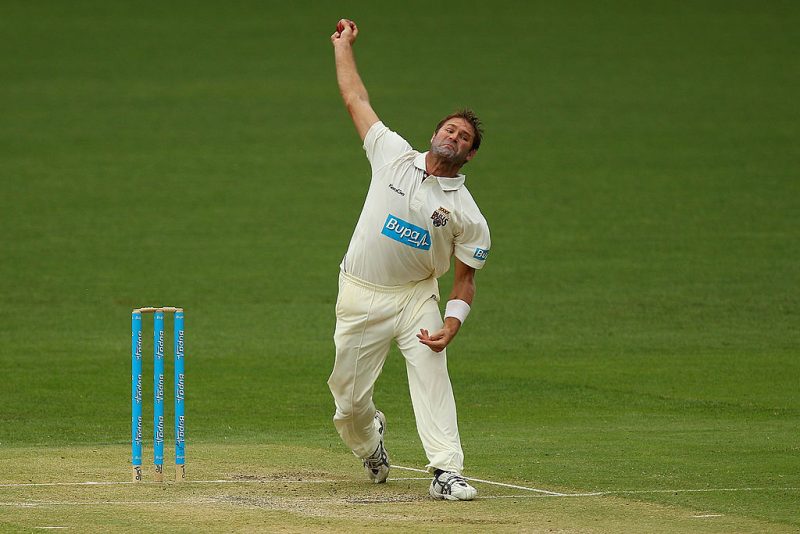 At Queensland, Harris found a new gear. Six months before his first game for them in 2008, he had appeared briefly for Sussex, but decided against using his British passport to qualify as a non-overseas cricketer, because it would have meant forfeiting his right to play for Australia. It proved an auspicious decision. He made his one-day international debut in early 2009, and won his first Test cap in March 2010, taking six wickets in the thrashing of New Zealand at Wellington. He also appeared in the 2010-11 Ashes, but the frustrations of his early career returned: his body seemed entirely made up of suspect tendons. In total, he would play 12 Tests in the three years between his debut and the 2013 Ashes – but never more than three in a row.

Each time he proved his potential, with a top-of-off-stump relentlessness and subtle sideways movement, effective both on helpful wickets in Western Australia and sleepy ones in the West Indies. Yet each time his momentum was halted by chronic knee, shoulder, Achilles tendon and hamstring injuries. With Australia beginning to produce a generation of gifted fast bowlers more than a decade Harris’s junior, his time seemed to have slipped by again.

Cotton-woolled by Cricket Australia – by the end of last summer, he had played only four one-day internationals since July 2010, and none since February 2012 – Harris missed more than a year of Test cricket, and was eased back through the lead-up to the Ashes. The selectors did not risk him for the First Test at Trent Bridge. But at Lord’s he announced himself on the first day, dismissing Joe Root, Kevin Pietersen and Jonathan Trott on his way to a five-wicket haul, providing Australia with a glimmer of joy at a dark time. 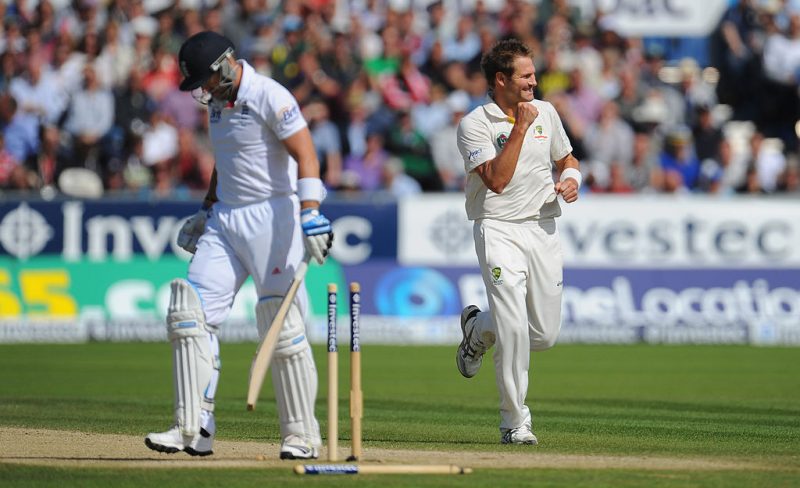 Ryan Harris sends Matt Prior on his way at Chester-le-Street, August 12, 2013

“I was just trying to get enough balls in the right spot to create doubt,” Harris says. “But I was still frustrated at not getting consistent swing.” That came, he reckons, in the second innings at Old Trafford, but was followed by more frustration – rain. At Chester-le-Street, Harris again stood out, taking nine wickets. “We had solid plans for everyone. With Cook, it was not giving him balls to score off. With Trott, when we used the bouncer and put in a leg gully, we forced him to stop pressing forward and he had to change his method. Ian Bell, we gave him too much width, but to his credit, he was batting well enough to keep the good balls out.”

During the last, tumultuous day of the series, at The Oval, where Harris had bowled through England’s long first innings and was back out after less than two hours’ rest, his hamstring went again. The Australian physio, Alex Kountouris, ran on to the field to tell Michael Clarke that he should bowl him only if he really needed to. Clarke really needed to. “I was happy to bowl,” Harris says. “By that stage I didn’t care if I ripped it off the bone.”

His series ended with 24 wickets at 19, including Root and Trott four times each, nine caught-behinds, and an award for best Australian player. He appreciated that, “but winning the Ashes would have been a thousand times better” (Australian celebrations on the SCG outfield in January 2014 confirmed that much). But he had achieved his aim of being on the plane home with his team-mates, and hopes to have two or three more years to make up for lost time. “I do feel young at heart, because I started Test cricket late in life,” he says. “But one thing’s for sure now: I take nothing for granted.”