Rarely has English cricket seen a player so young display such talent for shaping big matches as Sam Curran in 2018. Chosen as a bowling all-rounder, two days before his 20th birthday, he was reckoned by some to be too short,at 5ft 9in, and too slow, at 80mph, to succeed at the highest level.

Within weeks, the doubts were forgotten, after he emerged as an all-round match-winner in a taut first Test against India at Edgbaston. Despite missing the third to make way for Ben Stokes, available again after his court case, Curran still ﬁnished with 272 runs, 11 wickets and the series award.

Forty eight hours later, he joined his Surrey team-mates at Worcester to celebrate their ﬁrst title since 2002. Among England-qualiﬁed players, and excluding wartime schoolboys, only Jack Crawford, at 20 years four months, has been a Wisden Cricketer of the Year at an earlier age.

Curran continued to show remarkable match awareness in Sri Lanka, playing important innings at No.8 in the ﬁrst two Tests, before sitting out the last with a side strain; he was also promoted to the new ball, though spin friendly conditions limited his impact. In all, he had appeared in seven Tests, and won the lot, and arguably established himself as the most effective young Test cricketer England had ever produced.

No one under the age of 21 had managed more than his 404 runs or three ﬁfties, all brought up with sixes (a Test record); only Bill Voce, another left-armer, had bettered his 14 wickets. He had also hit 14 sixes, the third-most in Tests in 2018. The icing came when Kings XI Punjab handed him an IPL contract worth over £800,000. 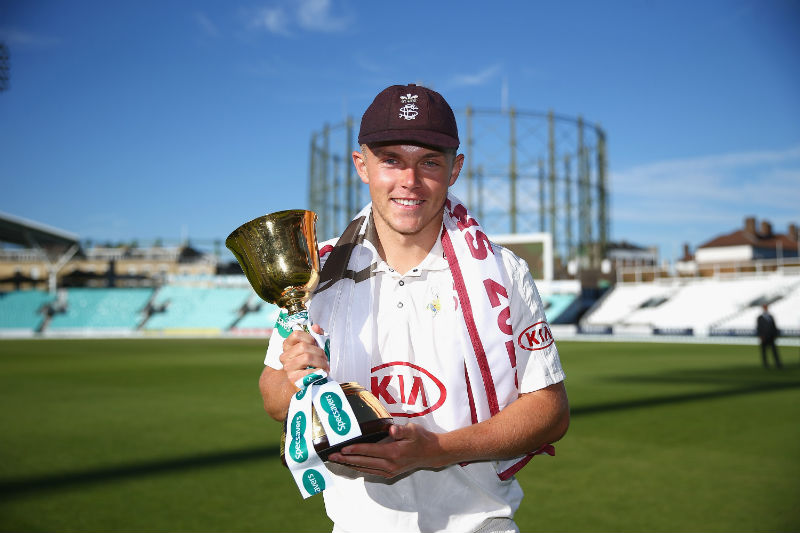 Back in May 2018, Curran had impressed Joe Root, the England Test captain, dismissing him cheaply while taking 10-101 as Surrey beat Yorkshire by an innings. Even so, the feeling was that, for all his aggression and passion, he was 12 months from Test selection.

But an injury to Stokes led to his late call-up against Pakistan at Leeds. Curran felt underprepared, having not played red-ball cricket for over a fortnight, but by Edgbaston he was more conﬁdent. By then he had played his ﬁrst one-day international, against Australia, taken seven wickets for the Lions against India A, and struck 70 against a Nottinghamshire attack led by Stuart Broad.

Curran’s inﬂuence on two of the India Tests was profound. In the first, he took three top-order wickets in eight balls; then, with England facing defeat, he became their ﬁrst left-hander to attack Ravichandran Ashwin en route to a quick 63 that gave his side a total to defend. Restored to the team at the Rose Bowl, and with England again in trouble, he scored 78 and 46, and claimed the prize wicket of Virat Kohli. “It’s like having two Ben Stokes,” said Root.

It was a minor regret that Curran and the oldest brother, Tom, sidelined by a chest injury, did not team up during Surrey’s Championship charge. But on August 30, Sam played for England, Tom for Surrey, and Ben – the middle brother – for Northamptonshire. And a long-held ambition was fulﬁlled in October, when Sam and Tom, who had made his international debut in 2017, played together in an ODI in Colombo, the ﬁrst brothers to appear for England since Adam and Ben Hollioake, also of Surrey, in 1999. 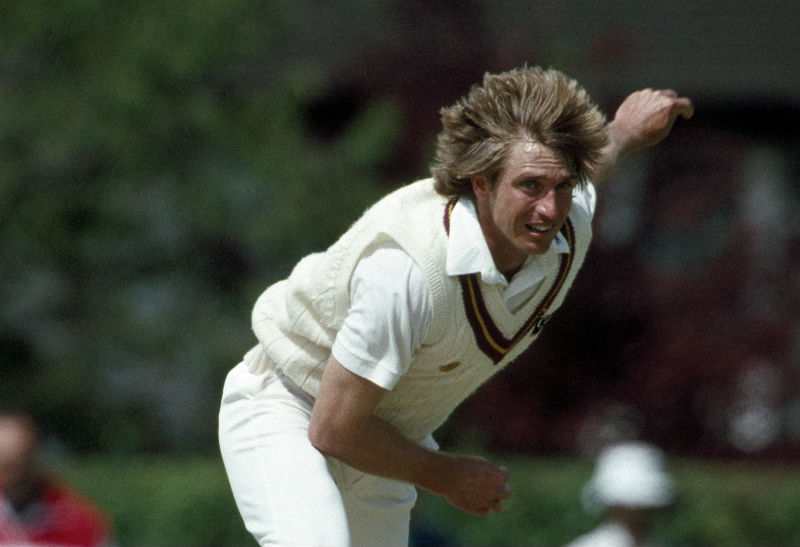 Kevin was a match-shaping all-rounder for Zimbabwe, Gloucestershire and Northamptonshire

A simple explanation for Sam’s precocity lay in the genes: his father Kevin was a match-shaping all-rounder for Zimbabwe, Gloucestershire and Northamptonshire whose own father, also Kevin, had represented Rhodesia against George Mann’s MCC tourists in 1948-49. By spending half his young life in Zimbabwe, half in England, Sam became adaptable. Those who saw his ﬁrst net ahead of the Tests in Sri Lanka weren’t backing him to make runs against spin, but he devised a method.

Samuel Matthew Curran was born in Northampton on June 3, 1998. Kevin was nearing the end of his career at Wantage Road, where he had formed a close alliance with Allan Lamb, still a near neighbour and family friend.

In 2004, Kevin joined Zimbabwe’s coaching staff, and the Currans headed for Harare, where he would occupy various roles, including national coach. “There was cricket on in the house 24/7,” says Sam. “He taught us about working hard, about ﬁghting until the end. We watched him coach, we were around teams, we saw how guys batted, how they moved.”

The boys soon emerged from their cricketing chrysalises. They attended St George’s, where discipline was strictly enforced. They ﬂourished. Tom was then sent to Durban’s Hilton College, where he was spotted by Ian Greig, who recommended him to Surrey, his former county. With their help, Tom secured a scholarship to Wellington College in Berkshire. 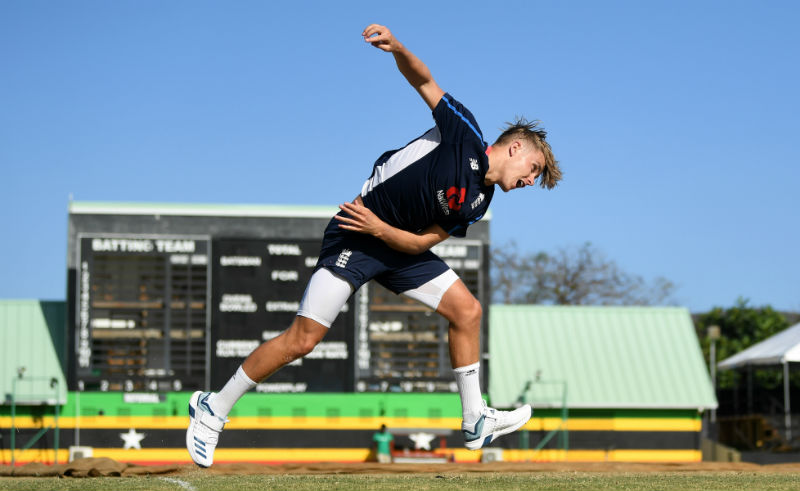 When tragedy struck and Kevin died of a heart attack in October 2012 at the age of 53, the two younger boys and their mother, Sarah, from whom Kevin had separated, returned to England. With Lamb’s help, they joined Tom at Wellington, also on scholarships. The three were there together for 18 months.

“Wellington was my biggest kick-on in terms of development – that and the Surrey age-groups,” says Curran. “Once I came over and saw the cricketing structures, it hooked me even more to the game.” Dan Pratt, the cricket master, said the most competitive thing he saw at the school was the Currans netting together: “There was no love lost.”

In his ﬁrst summer, Curran played for Surrey Seconds; two years later, in 2015, aged 17, he marked his ﬁrst-class debut, against Kent, by sharing the new ball with Tom and taking a ﬁve-for. The Currans claimed 55 wickets in six Championship matches together, including all ten in an innings against Northamptonshire.

The following winter, Sam represented England at the Under-19 World Cup in Bangladesh. In 2016, the year he left school, nine Championship matches brought 472 runs and 27 wickets, including a career-best 7-58 against Durham; his reward was a Lions tour to Sri Lanka. His returns dipped in 2017 but, after a winter of domestic Twenty20 in New Zealand, and Lions and North–South one-day series in the West Indies, came his remarkable summer.

Sam Curran had achieved a lot, but a maiden hundred remained elusive. It was surely only a matter of time. “I’ve been telling people since Sam was 13 that he had the potential to be a top-six batsman,” said Lamb, who remains a key adviser. “The self-belief is amazing. Nothing really fazes him.”