Seymour Nurse, the former West Indies batsman, died on Monday May 6, 2019, after an illness. This tribute appeared in the 1967 edition of the Wisden Cricketers’ Almanack after the star was named as one of Wisden’s Five Cricketers of the Year.

When Seymour Nurse set out from Barbados to begin the 1966 tour of England he said goodbye to identical twin daughters three months old. As a father of recent heritage, he had them constantly in his mind until nearly six months later he returned a man of additional stature in the cricket world.

During the tour he had established himself in the eyes of the English followers as a stroke-maker fit to line up with credit beside the likes of George Headley, Frank Worrell and Everton Weekes. For the first time he had played throughout a Test series, and in the process hit 501 runs, second only to his illustrious captain, Garfield Sobers. What more could any cricketer ask?

Certainly it was enough for Nurse, particularly as, then 32, he could so easily have become the player who always threatened to come from the shadows into the sun but never quite made the journey. 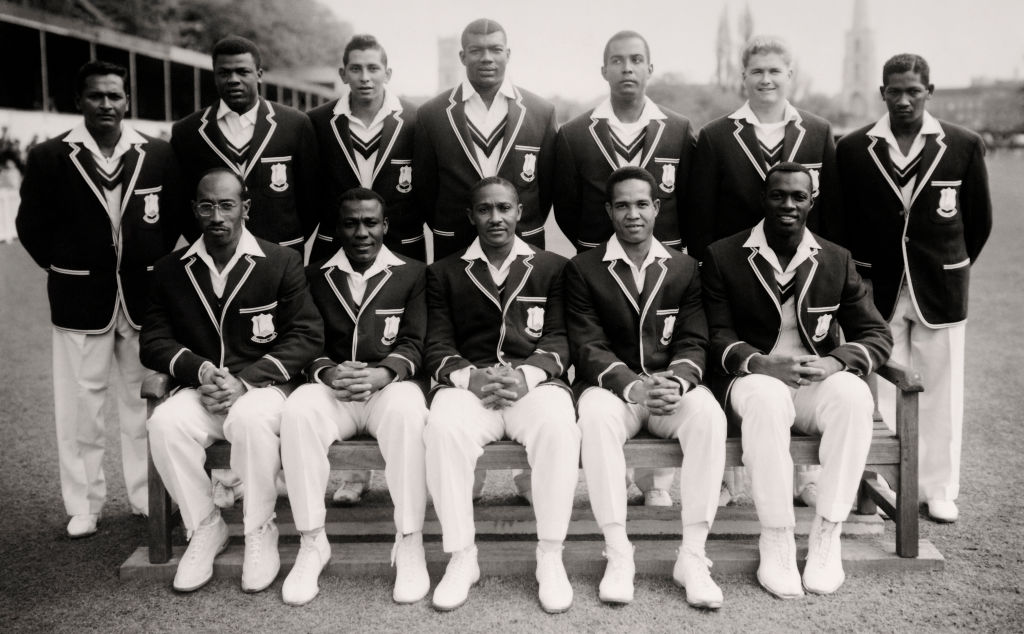 Seymour Nurse (standing, second from left) played 29 Tests for West Indies between 1960 and 1969

Untimely injuries in Australia in 1960 and England in 1963 did not help, but there was also a nagging thought that, while a delight to the purists, Nurse had a temperament not really suitable to the rigours of international cricket. True he hit 201 off the Australian bowlers at Bridgetown but up to 1966 and since his first Test appearance in 1959, eleven of his eighteen innings had produced under 20 runs apiece.

There was another more fundamental reason why the Test career of Nurse was of such in and out character. He belonged to an age of abundant talent. Kanhai filled the No.3 position he liked best and apart from Sobers, and Worrell for much of the time, there were Butcher and Solomon to compete for places in the middle order.

Solomon, three years the senior of Nurse, and Butcher and Kanhai, respectively one and two years his junior, all got into the West Indies side first and they were not to be ousted easily.

In memory of West Indies Legend Seymour Nurse, both teams wore black armbands and observed a minute of silence before the game.#WIvBAN #MenInMaroon #ItsOurGame pic.twitter.com/mQlYWe4gM6

More credit, then, to Nurse for showing the perseverance which finally carried him to the top last summer. In his eight Test innings his aggregate was only 99 short of the total for his first 18.

Seymour MacDonald Nurse was born on November 10, 1933 in the parish of St. Michael, Barbados. Son of a carpenter, he was one of a family of two boys and two girls.

His elder brother, Sinclair, was considered to have cornered the talent with leg-spin bowling. Most of the local clubs had an eye on him. But Sinclair possessed a shyness seldom associated with the people of his country and he never developed into a player of any great moment.

So it became the youngest of the four children, Seymour, who was to make his name on the field of play. At St. Stephen’s Boys’ School he showed an aptitude for most outdoor sports, with cricket and football his favourite pastimes.

"Stay in cricket and quit football, otherwise you are on your own. Football in Barbados is too rough"

He was an opening batsman, and reflecting on the difficulties which his country experienced later in finding a suitable partner for Hunte, it could be said that he might have sidetracked disappointments had he continued to go in first.

Academically Nurse did well, too, moving into the sixth form, but even at this early age impetuosity was evident. Anxious to earn a living rather than learn more, he left when 16, living, he says, to regret it.

Next he played cricket for Bay Street Boys’ Club in the Barbados League which boasted such as Sobers, Griffith and Hunte and from there progressed to the Empire Club, where he became associated with Everton Weekes, the man who really shaped his life. In the words of Nurse himself, Weekes made him into a first-class cricketer, a batsman able to get a line on the ball to know precisely where to hit it.

At the same time, Nurse played soccer for Empire, leading their attack and gaining representative honours for Barbados. Cricket remained his first love, but he doubted whether he would have given up football readily had he not received a nasty leg injury and also parental advice from his father to “stay in cricket and quit football, otherwise you are on your own. Football in Barbados is too rough.” 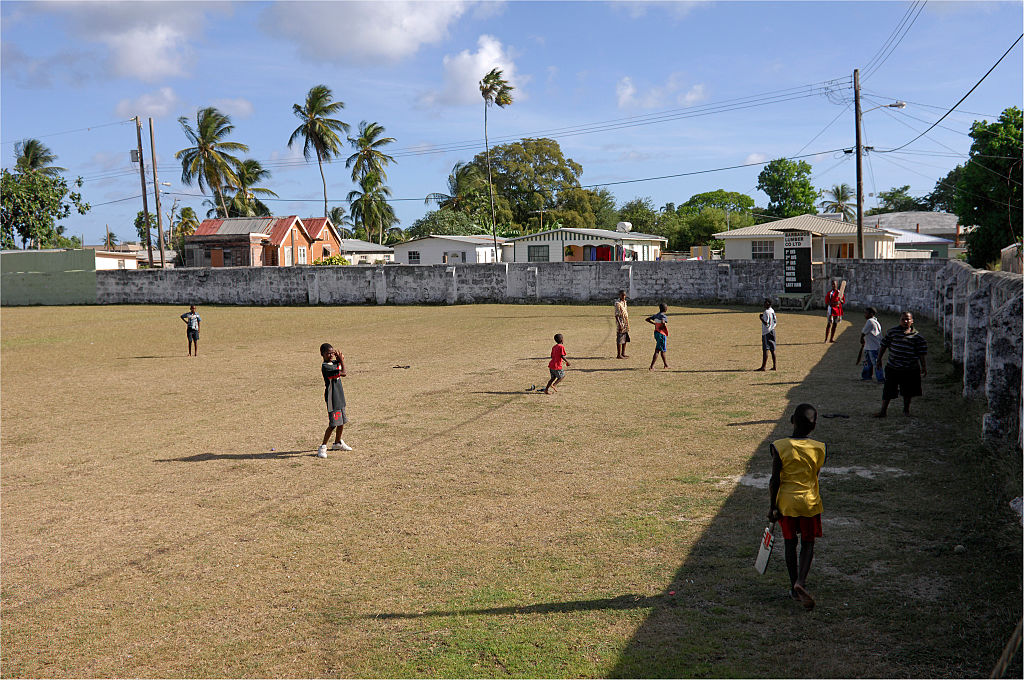 Seymour Nurse was a member of Barbados’ Empire Cricket Club

So Nurse did the next best thing and helped to form a club, named Black Spurs and now the recipients of first-hand information on why and how England won the World Cup. Nurse saw the Final at Wembley and every other game possible.

The first venture into big cricket came in 1959 when Nurse was already 25. In the December of that year, after only four first-class games, he faced MCC, and with a score of 213 in six and a quarter hours played a big part in the defeat of the touring team in their first major encounter. “Nurse, a promising young batsman, and the established Sobers, shared a third-wicket stand of 306 and paved the way for the highest score ever made by a Colony side against MCC,” wrote Wisden.

Even that could not earn him a place in the first Test and indeed it took an ankle injury to Worrell to bring about his Test debut in the third game of the series. Scores of 70 and 11 were reasonable enough but it was the last time that Nurse faced the England bowlers that tour. Walcott was recalled for the next Test.

Nevertheless, Nurse went to Australia for the 1960 tour with its tie and pulsating finale. His personal performances were mediocre, with the final blow coming when he fell and injured an ankle during play.

This put him on crutches for a while and it took all the skills of the masseur, Manny Alves, to get him fit to take up his first engagement in English League cricket with Ramsbottom, an association which came about through the recommendation of Sobers and was to produce three happy summers, 1961, 1962 and 1964. Not only did Nurse find the locals a good bunch but he improved his batting tremendously. He never knew the ball moved about so much!

Misfortune again attended Nurse in 1963 on his first tour of England. The trip had hardly begun when, following an admirable century against Oxford University, he pulled a muscle. This left him lame for about a month and some fine batting in August, during which he hit a hundred against Glamorgan and 77 against Yorkshire, came too late to get him into the Test side.

He reappeared as opening partner to Hunte in the first Test against Australia in 1965. That venture ended with scores of 15 and 17. So he disappeared again, returning for the third Test lower in the order, and in spite of mediocre results, 42 and 6, he was retained for the fourth, when the selectors received their reward. 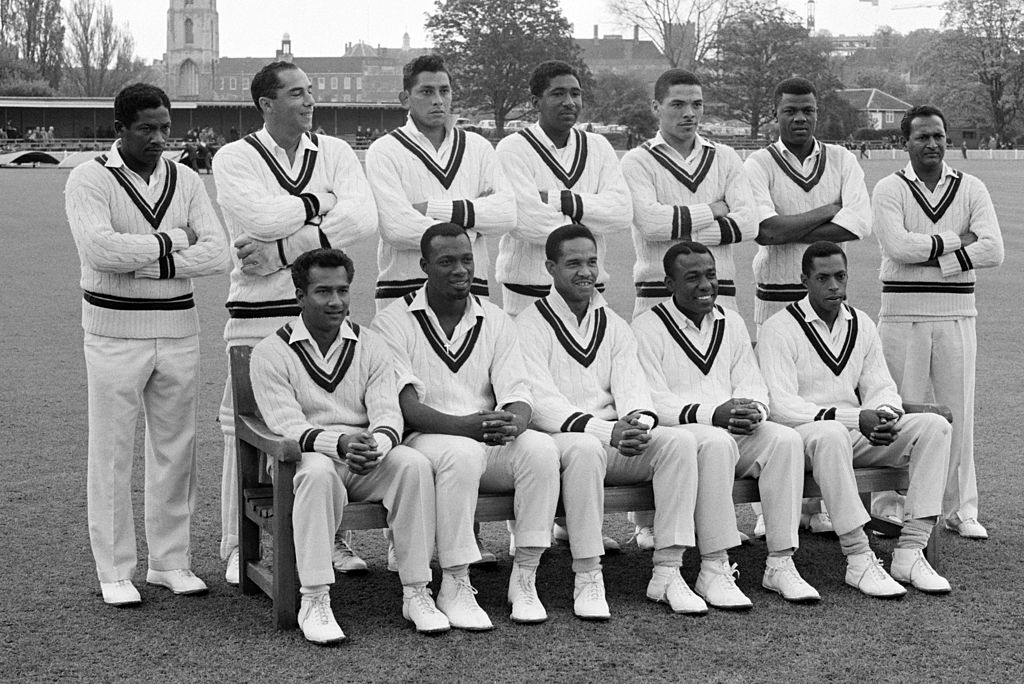 After Australia scored 650 with the help of 201 from Simpson and 210 for Lawry, Nurse came along with the third double hundred, 201, which he considers his best as well as his highest Test innings.

But Nurse left for a duck in the second innings and then for 9 and 1 when chosen for the fifth Test, so it seemed that inconsistency remained in his make-up. The West Indies’ selectors never lost faith though, to the benefit of the English public in 1966.

He may have got himself out at times by going for runs too soon but what a delight it was to witness the power and fluency of his strokes when things did go right. Anyone who saw his 93 in the first innings of the Nottingham Test will testify to that.