The mastery of reverse swing Simon Jones possessed was critical to England’s success in the epic Ashes series of 2005. But by the time he was named a Wisden Cricketer of the Year the following spring, his injury curse had struck again. Steve James tributes a short, but defiant career.

How sweet it is to disprove the doubters. And Simon Jones did that in some style during the 2005 Ashes series. By topping England’s bowling with 18 wickets at an average of 21, the perceived weak link in England’s attack had metamorphosed into someone almost indispensable.

It was no coincidence that Jones’s advances mirrored those of the successful England team. No coincidence either that England struggled desperately without him after his ankle impingement became too painful in the second innings of the fourth Test at Trent Bridge. They laboured even more to replace him at The Oval.

Until 2005, there had always been question marks hanging over Jones, and not just over his fitness. His unconventional bowling action, his run-up, his no-ball problems, his accuracy, his reluctance to use the new ball and his unfamiliarity with the one-day game … all these had been cited, often with some justification, as probable hindrances to him becoming the finished article as an international fast bowler.

Trusting his bowling has not come readily. His county, Glamorgan, declined to select him in 2004 for a Championship match against Hampshire when England released him from their squad. Three other seamers were deemed to be in sharper form in a settled side. That upset Jones and much placation was required, amid understandable interest from a number of other counties, before he signed a new deal in early 2005. 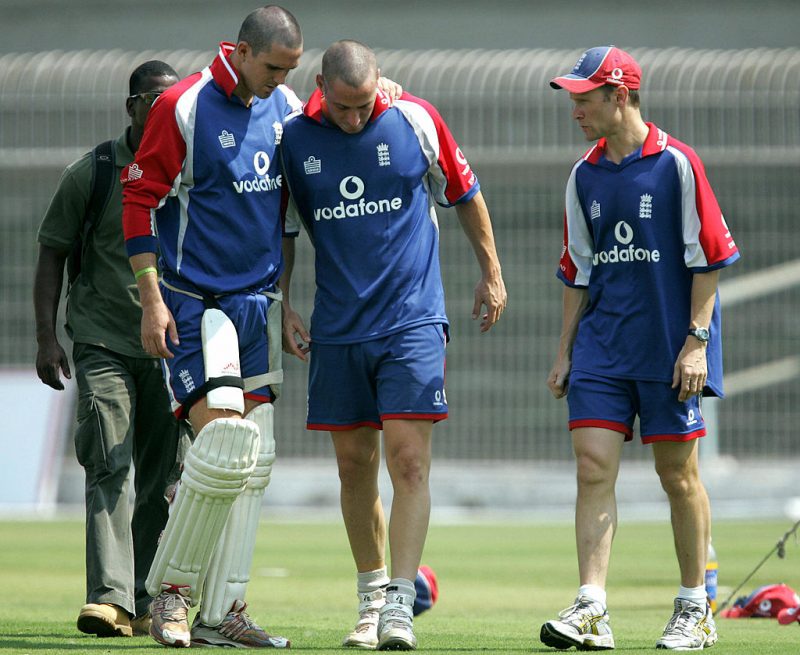 His England captains, Nasser Hussain and Michael Vaughan, never invested complete faith in him either. Until the summer of 2005, he was always very much the fourth seamer. Even during the tour of South Africa in 2004-05 in which his 15 wickets were critical to the Test series win, there were occasions when he was inexplicably underemployed. At Johannesburg, he even made way for James Anderson.

And, of course, there had been the horrific knee injury he suffered at Brisbane in November 2002 on his Ashes debut, which barely lasted beyond lunch on its first day. His studs caught on the re-laid outfield as he chased back from mid-on and a ruptured cruciate ligament deprived him of 16 months’ possible Test cricket.

There were not just doubters there, but foulmouthed barrackers too: “Get up, you weak Pommie bastard,” they shouted as Jones was stretchered off. He never forgot that, and Australia would pay. But first there was the anguish – both mental and physical – of the rehabilitation after reconstructive surgery. It was a laborious process, made darker by the memories of his father, Jeff, a left-arm quickie whose 15-Test career was terminated by an elbow injury at the age of 26. Had fate dealt the cruellest of double hands? That question crossed both their minds.

"Jones junior had arrived: now not only trusted, but rightly lauded"

Thankfully medical science has moved on from 1968 when Jeff ‘s tennis elbow (for that is all it was) was pumped ever fuller with cortisone. By August 2003 his son was back playing for Glamorgan Seconds at Panteg, a small club ground near Pontypool. By the following March in the West Indies he was back in rather more exalted surroundings, playing Test cricket again and, in Trinidad, claiming his first five-wicket haul.

Simon Philip Jones was born on Christmas Day 1978 in Morriston, Swansea, five minutes after his twin brother Matthew. Jeff and wife Irene also have an elder son, Richard. The three brothers, who held their own Test matches in the garden of their Llanelli home, all went on to represent Wales at junior level, but, in Jeff ‘s words, Simon was clearly “very special”. Very quick too. That brought a move away from Coedcae Comprehensive School in Llanelli to a sixth-form sporting scholarship at Millfield School. Glamorgan plucked him for a Second XI debut in 1996. Elevation to the first team came two years later, but his initial progress was hampered by no-ball problems, later alleviated through work with former Olympic long-jump champion Lynn Davies. 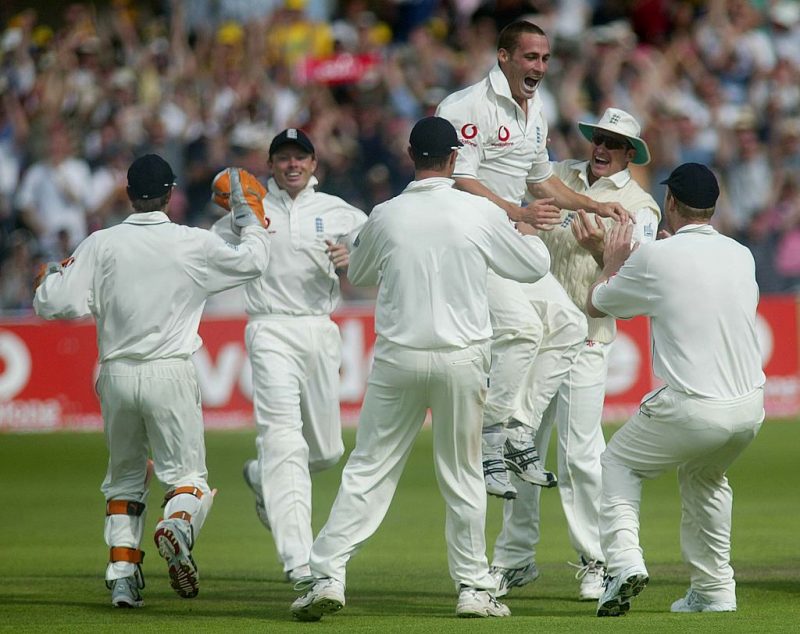 Simon Jones returned 6-53 against Australia at Old Trafford, to surpass his father’s figures for England

Duncan Fletcher’s role as Glamorgan coach helped him gain selection for the National Academy in 2001-02. Although he returned with an extraordinarily short run up – soon lengthened at Fletcher’s instigation – Jones’s Test debut came against India that summer.

Crucially, Jones had experimented with reverse swing at the Academy nets (Waqar Younis was not his tutor at Glamorgan, as widely presumed – they never played together). But his new skill did not register with a wider audience until a bewitching spell at Lord’s against New Zealand in 2004, signalling how different a bowler Jones was going to be post-injury: slightly slower maybe, but quick enough and growing in confidence and skill. During the South African tour in 2004-05 his accuracy improved remarkably, a result of the work done with England’s bowling coach, Troy Cooley, not just a mentor but “one of my best mates”, says Jones.

And it all came together to befuddle the Australians in 2005. At Old Trafford, when play began late on the third day, Vaughan even turned to Jones first. His 6-53 there surpassed his father’s 6-118 at Adelaide in 1965-66, the previous best by a Glamorgan bowler for England. Jones junior had arrived: now not only trusted, but rightly lauded.

Sadly, injuries meant Simon Jones never played another Test for England. His final figures were 59 wickets at 28.23 in just 18 matches.