Steve Harmison, one of England’s Ashes-winning heroes in 2005, was a force to be reckoned with at his peak, climbing to the top of the Test bowling rankings in 2004. Tanya Aldred profiled the fast bowler when he was named a Wisden Cricketer of the Year the following year.

He is a shy homebody with gangling limbs and a Newcastle United season ticket. But hand him a cricket ball and his limbs are awkward only to batsmen, bringing pace, bounce, height and menace. In 2004 Steve Harmison became England’s keenest weapon in a generation. But what changed him from an unproven bowler of dubious backbone and fitness to Grievous Bodily Harmison (The Sun), not even he can pinpoint.

The second innings of the first Test at Sabina Park was his epiphany. On a March morning, with the disco booming and the home crowd waiting for some batting pyrotechnics, he was awesome. Six slips and a gully watched as his feet thudded into the Jamaican earth, and ball after ball spat off the spot – in less than two hours he had seven for 12, and West Indies had been humiliated. His confidence, a precarious thing, soared. 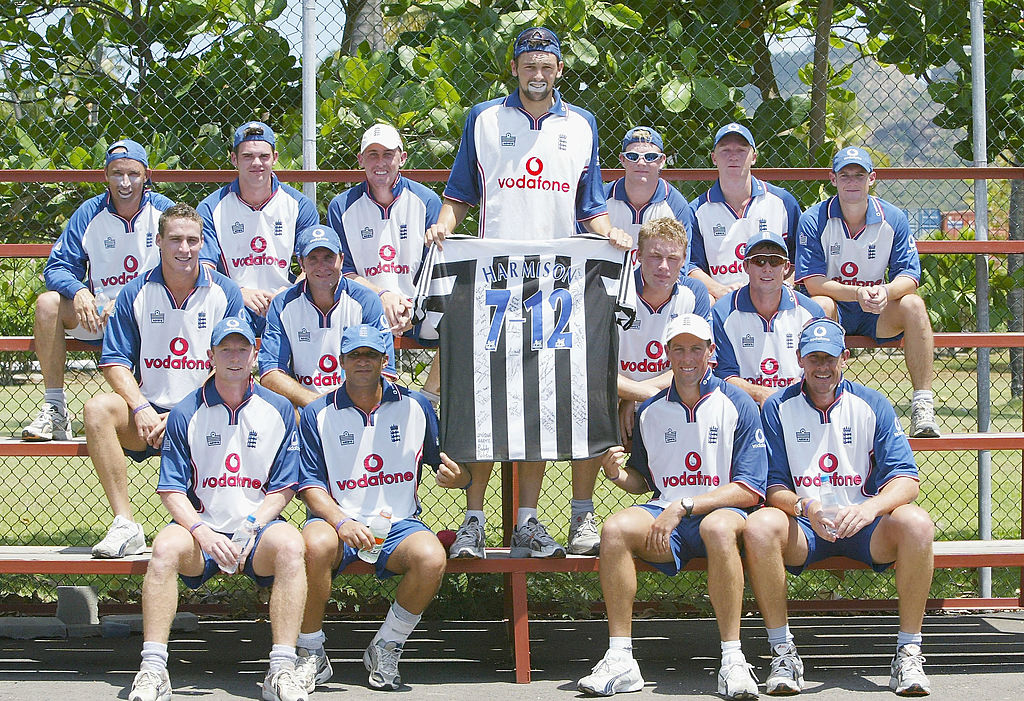 He finished the series with 23 wickets at 14.86, something of a hold over Brian Lara, and a spring in his step. It did not stop there. By August 2004 he was the No.1 bowler in the world, the first Englishman to top the charts since their invention. He was at last hiding his disappointment that he was not Alan Shearer. England could hardly hide their glee.

Stephen James Harmison was born on October 23, 1978 in Ashington, an ex-mining town near Newcastle upon Tyne famous for producing the Charltons, Bobby and Jack. He was the second of five children, and something of a rum’un, hating school and being told what to do. He chalked up stumps in the yard and played a bit for his local club but – like most Ashington boys – young Harmison dreamed not of Lord’s but St James’ Park. For him, too, it was just a dream. But unlike the others, he had an alternative.

Geoff Cook, Durham’s director of cricket, spotted him playing for Northumberland Under 16s and fast-tracked him into the Durham academy. At the very end of the 1996 season, aged 17, he made the first team. It was a chastening experience: Durham were walloped in two days by the champions Leicestershire, he took nought for 77 in nine overs, and Wisden grumbled about his selection. But England were hungry for young pacemen, and called him up for an under 19 tour of Pakistan. He came home early, profoundly homesick and with a bad back (later diagnosed as growing pains). It took him five years to recover from the experience. 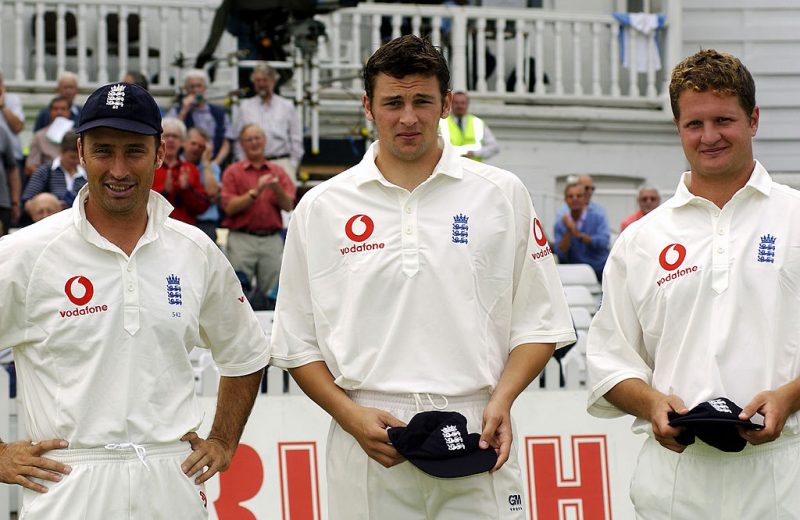 Harmison (centre) made his Test debut in August 2002

He played for Durham without much enthusiasm, just the thought that it couldn’t be any worse than the few turns he’d done as a labourer. He was plagued by injuries, but people began to see real potential hidden behind his chestnut curtains of hair. England first included him in a squad in 2000 but it was not until August 2002 that, nervous as you like and “a flimsy six foot five”, he made his debut against India at Trent Bridge.

His England progress was on and off, much like his radar. On his bowling debut in Australia he served up seven wides in a row against the ACB Chairman’s team. Over the course of nine consecutive Tests he was nearly always fast, usually hostile, and sometimes accurate – and by the end of the 2003 summer bowled with real fire against South Africa at The Oval.

"Now I feel strong and as if I can handle a game of cricket, five-day Tests and long series. Before, I couldn’t"

Then England announced their central contracts: Harmison did not get one and was furious. Weeks later, he proved his stamina by bowling long and hard in the humidity of Dhaka to get England out of a spot of embarrassment. But he still came home early with an injury, and was welcomed by yet another chorus of whispers about both his physical and his mental strength. It was then that he joined forces with Paul Winsper, who used to coach at Durham but was now at Newcastle United. Harmison went to St James’ Park four days a week and trained, not in free-kicks, but on strength, pounding his body mercilessly while mingling with his heroes.

When he arrived in West Indies early in 2004, he was strong as an ox. And from Sabina Park until the end of summer he has hardly put a foot wrong. He is as puzzled as anyone about why things suddenly clicked. “If I knew, I’d have bottled it and be a rich man. I felt that it took me longer to adapt to international cricket than some people. Now I feel strong and as if I can handle a game of cricket, five-day Tests and long series. Before, I couldn’t.”

It is not always easy. The South African tour of 2004/05 was very trying, and the confidence disappeared again. This time, there is a real belief that it will return. The homesickness is, if anything, getting worse, though. He misses his two young daughters. He does not like leaving the North-East. But he knows that he has to do it if he wants to be No.1. And he does want that.