Ted Dexter, who celebrates his 84th birthday this month, was a dashing figure in the England team of the 1960s. When he was a Wisden Cricketer of the Year in 1961, he was profiled by his Sussex team-mate Robin Marlar.

“Impact!” shouts the mural in one of Fleet Street’s larger hatcheries: Get it in your first sentence; get it in your headline; above all, get it in pictures! Were the Muse of Cricket an editor à la mode she would look with favour on Edward Ralph Dexter, whom she captured in the face of opposition from golf and rugby football. No English cricketer bred since the war has so captured the imagination of those inside, outside and far from the boundary ropes of our big cricket grounds.

Few batsmen, or writers, announce themselves as Dexter did when batting for Sussex against Surrey at The Oval last summer. His first ball, from the pavilion end, was slightly over-pitched on middle and leg. Feet moved fractionally, head hardly at all, but the bat swung the ball for six over long-leg and they fetched it back from the seats under the gasholder. 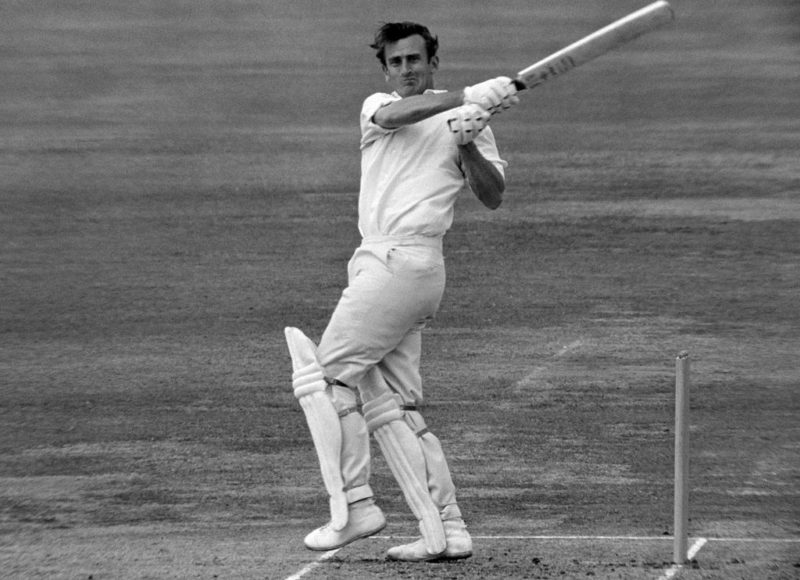 Nor is it given to many players to take a game by the scruff of the neck and hit the headlines as Dexter did over the August Bank Holiday, when both Sussex and Middlesex were still in the Championship race with Yorkshire and Lancashire. Dexter rescued his team with 157 on the first day, and on the last, when rain, at once an ally and an enemy, threatened to deprive Sussex of the spoils, their captain took five Middlesex wickets for one run and finished with seven for 24, his best ever.

Again, who but Dexter could have thrown down the wicket at Lord’s as Moss strove to complete the winning run for the Players off the very last ball of the match.

Once laughed at as a fielder, and prone, so Laker tells us, to practising golf shots in the outfield, Dexter has become a fine cover-point and last season revealed surprising talent as a short square-leg, where his reactions were phenomenal. Get it in pictures. Our film star, the Cambridge golfers called him. But try and stop a drive and you will know that this is not a mere celluloid hero.

When good, brilliant: when bad, terrible. Here is a man who compels attention

To see him flannelled, blue-capped on a sunlit green, whether at Brighton or Bradford, is to look upon le grand seigneur of English cricket. Lord Edward, indeed. But how apt! A handsome figure, at the wicket he stands stock still. One can sense the latent power. The stance is all-important. On the one occasion so far that he has been out of form for months on end it was Mortimore, like himself flown out to Australia as a replacement, who first noticed that the blade of the bat was wide open. Dexter closed it, went on to his first century in New Zealand and never looked back.

As a dashing fieldsman, picking up and throwing on the run, the same panache is visible. When good, brilliant: when bad, terrible. Here is a man who compels attention. 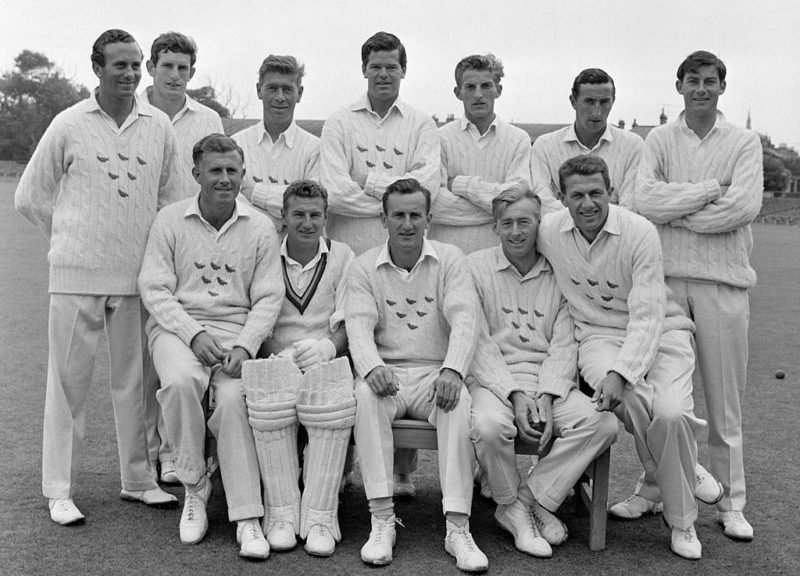 Statistically as well as pictorially he makes an impact. He was born in Milan on May 15, 1935. His flair for games was not inherited. Like Topsy, it just growed. He first began to play cricket at his prep. school and it was C.M. Glover, Headmaster of Norfolk House, Beaconsfield, who first encouraged him. From there he went to Radley and to I.A.W. Gilliat and Bert Robinson, then recently retired from Northamptonshire. His elder brother, John, and he both played in the 1950 eleven.

Ted was to have three more years, succeeding A.C. Walton, later of Oxford and Middlesex, as captain in 1953. Dexter, who started in the junior colts as a wicketkeeper, headed both averages with 873 runs and 47 wickets. Playing for the second time in the Schools Representative match, a rare distinction, Dexter batted horribly for 2 and 0.

In the holidays he went to Italy, as usual, to play golf. The next summer found him in Malaya as a national service subaltern, “a young officer finding the delights of the large world.”

In one respect this season on the mat for Negri Sembilan was important. Put on to bowl on one occasion, he delivered six high full-tosses in his first over before discovering that the pitch was 20 yards! An adjustment was made, but Ted enjoyed the sensation of speed and so the off-cutters of his school-days were forgotten.

And, of course, Sussex is quite close to Milan… For a year or more it looked as if golf and the Continent would claim him

He went up to Jesus College, Cambridge, in October, 1955. In his first term he played on the wing for the LX Club. In his second he made Oxford pay for the golf dinner after going out at Formby in 32! Later he was elected secretary, although a non-Blue. In his third term he made runs in all the trials, scored three ducks and three 40’s in the first three matches, and the latter clinched his Blue.

He made a paltry score against Sussex, but one stroke off Bates, a boundary through extra-cover off the back foot, convinced the then Sussex captain that here was an unusual prize, especially for a side weak against fast bowling – and, of course, Sussex is quite close to Milan… For a year or more it looked as if golf and the Continent would claim him.

Wickets for the Gentlemen and a fine wet-wicket innings of 63 against Tribe in 1957 were important achievements and by the time Dexter took up the reins at Cambridge the cricket disease had him in its grip. Cambridge won the University match by 99 runs, and later Dexter made a punishing 52 against New Zealand in his first Test. 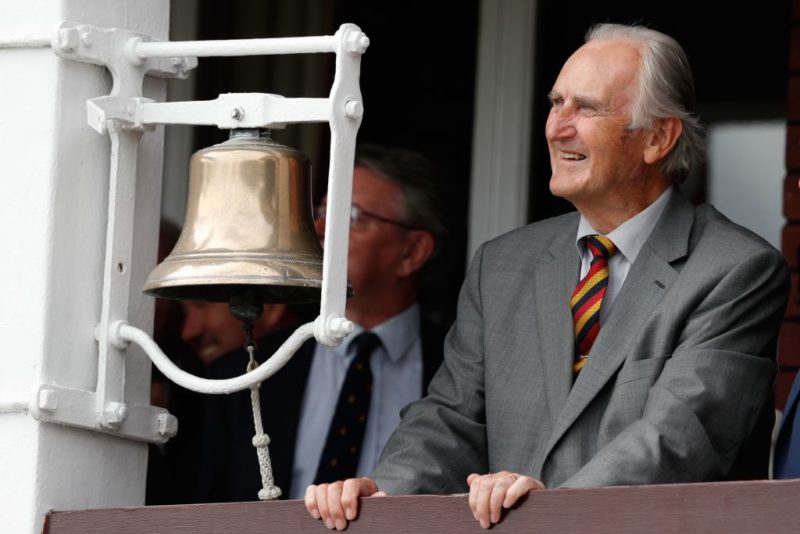 The selectors having passed him over for Australia, had left Old Trafford. Blind fools, triple bandaged moles, wrote a correspondent to E. W. Swanton. When he was flown out his clothes and not his cricket caused the stir: a disaster Dexter calls Australia 58-59.

But cricketer and man matured. A full season followed with two – only two? people asked – Tests against India, and then selection for the West Indies. There Dexter bore the brunt of Hall and Watson and proved himself the best English player of fast bowling, scoring 516 runs and heading the averages.

In 1960 he was an automatic choice for England, he was the first to reach 1,000 runs after threatening to do so in May, topped 2,200 in a wet season and took Sussex from fifteenth to fourth in the table, adding 1,200 members and £2,000 income as a corollary.

His success, he thinks, owes everything to his ability to hit the ball: “If I’ve not felt myself I’ve always had a go – tried to take a reasonably calculated risk.” He has been called aloof and selfish, but not of late. In October, 1960, as a giant of the game, he could say with all humility: “I should like to be able to bowl like Keith [Miller] or Davo [Davidson], but it is very difficult to become as good as that when you’re fighting for a batting place.” Here, then, is a personality and a fine striker of the ball – characters whom we are told, ad nauseam, are missing from the game.